Wondering why Tagalog and Spanish sound alike? Despite the geographical location of the two countries where these languages originated, you might be surprised to know that most Filipinos and Spanish people can actually understand each other. Some of the vocabulary words are the same at the basic level, and the only difference is that some are spelled or pronounced differently. Today’s post will walk you through the three major distinctions that make each of these languages truly unique.

Tagalog is just one of the many languages from which the official Filipino language was derived. Unlike other Asian languages, this one is like no other since it does not follow complicated traditional writing systems that you may have encountered when learning Mandarin, Malay, Thai, Arabic, or Japanese. In addition to that, Tagalog is also known for its borrowed structure, words, and phrases, particularly from its previous rulers and the neighboring countries.

Perhaps, by this time, you are wondering why the Philippine language is so unique yet so the same as other languages? The answer to that is simple: Given the country’s strategic location in the Pacific Ocean, it has always been one of the major trade routes by other nations. Therefore, in order to survive and directly trade with the visitors, the native Tagalog speakers have to adjust their language and have started using loan words to communicate effectively.

Based on reports, the languages of the Philippines are mainly influenced by Bahasa Indonesia, Chinese, Sanskrit, English, Japanese, and most importantly… Spanish! Since the country has been under the Spanish regime for more than 300 years, there is no denying that the Philippine language has adopted several Spanish loanwords that are still existing up to this day.

To make matters interesting, the Philippines is the only Asian country to develop a Spanish-based creole language (Chavacano or Chabacano) that is still widely used today! Let’s get to know more about these two languages in the next section below.

The Tagalog language and Spanish may sound similar at first, but they are technically not the same. For starters, the Spanish language has a Latin origin and is a romance language like French, Italian, Romanian, and Portuguese. On the flip side, Tagalog is an Austronesian language and is known for its distinct typological characteristics.

Despite all those, we cannot deny that the two languages are still somewhat connected as Spanish speakers have enriched the Tagalog vocabulary. In fact, researchers state that about 33% of the words in Tagalog are of Spanish origin and are still widely existing today. To understand better the differences between each, let’s first identify what these two languages are.

Over 400+ million people speak the Spanish language (also known as Español or Castellano) in over 20+ countries. It is the official language of about 19 countries, and it has influenced other languages as well. Years ago, it even managed to reach Asia, and it has somehow embedded itself in Philippine linguistics.

Here are a few interesting facts about Spanish:

Wondering what the local language in Manila is? Instead of learning all the 187 languages of the country, you will find that learning Tagalog is still the best way to go. The Tagalog language is just one of the many languages in the Philippines. It is mainly spoken in the country’s Central and Southern Luzon region and on some nearby islands.

Here are a few interesting facts about Tagalog:

The 3 Major Differences Between Tagalog And Spanish

While it is true that most of the Tagalog words have Spanish origin, there are instances where the meanings have changed and have been Filipinized. For instance, the Spanish word “Siempre” means “always” when translated into English. However, the meaning is not the same when translated into Filipino. Instead of “always,” it is best known in the country to mean “of course” or “absolutely.” The same is true for the Spanish word “seguro” which means “sure,” but it means “maybe” in Tagalog.

One way by which you can see whether a language is the same or not is through its grammatical structure. Since Spanish is from an Indo-European language family, it focuses only on the SVO order and makes use of conjugation for every tense and pronoun. For the case of Tagalog, it mainly makes use of VSO, but it can also use SVO and a single conjugation for different tenses. Tagalog also takes a gender-neutral form which means that it does not use Spanish loanwords specifically for feminine and masculine.

While the Tagalog phrases, words, and expressions are indeed borrowed from Spanish, there are instances where the terms are modified to sound like a real Tagalog word. Review the following examples:

As we reach this part of the article, we hope that you were able to distinguish how different Tagalog is from Spanish. If you enjoyed this post, make sure that you read our other published posts like the Tagalog grammar-based posts (for basic sentence construction, tips, verbs, adverbs, and adjectives).

But before you bounce off the page, allow us to ask you one thing: would you like to expand your knowledge in Tagalog words and converse like a native Tagalog speaker? Unlock the best lesson content and learn how to read, write, and speak Tagalog using our most recommended platform today! Read below to find out!

Ready To Upgrade Your Tagalog Vocabulary?

Learning the Tagalog language does not have to be difficult, costly, or tedious. With Simya Solutions’ Ling App, you can start your learning for free wherever you are in the world! This platform allows you to take your language classes on the go using your mobile device. It also comes with revolutionary features from Gamified content, AI-based chatbots to updated language courses developed by real native speakers and language professionals.

So, what are you waiting for? Challenge yourself today and discover 60+ languages with the Ling App! 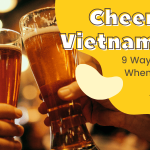 9 Ways To Say Cheers In Vietnamese When Drinking 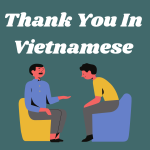 Informal And Formal Ways To Say Thank You In Vietnamese 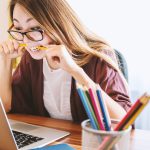 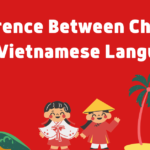 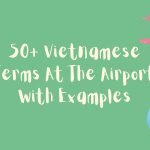 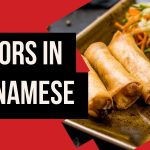