Use our comprehensive lessons, conversation topics, and more to connect with those closest to you 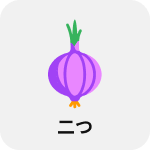 Select a language, lesson, and topic of study. Get introduced to new vocabulary and any relevant grammar tips.
2

Quick comprehension checks! You might be asked to match the photo with the word, sort the sentence, or match the cards together.
3

3-5 minutes to test your listening skills

Listen to the conversation between two native speakers. Next, fill in the blanks of their conversation accordingly.
4

Did that seem too easy? Don’t worry, Ling offers lessons for all 5 language levels, from beginner to advanced.
Start learning
Start learning

A very practical application, with classical exercises and other more elaborate as is the case of dialogues to complete. I recommend.

It is a very fun way of learning.. I am loving this app. Thankyou so much for making such an app. This app is really very helpful for people who want to

This is an incredible app. I consider myself to be language-challenged (even in my native tongue, sometimes!), but the programmers have made this app fun, challenging, but poasible. I don’t plan on mastering Thai by anymeans, but this will help me understand and speak better if I have my way and get to visit someday! Thank you, Ling app developers for your time spent in creating this fun application!

I have used many apps for learning Thai. This one is my favorite, I love that it uses combinations of learning styles. Sentence structures, reading, writing and listening. It also keeps me entertained!!

Very Good For Beginners! I wanted to learn Thai very long ago, I was finding an app and to my surprise I found one! This is the best app for beginners! Keep up the good work to the creator/s of this app!

Is It Hard To Learn Japanese?

Japanese is one of the most complex languages to learn along with Korean, Arabic, and Chinese.

Despite the language’s many rules, learning Japanese can be so much fun! With language learning apps, like Ling, you’ll forget you’re even learning!

Here are some quick facts about Japanese:

How Can I Learn Japanese On My Own?

The first step in learning Japanese is knowing why you want to study the language in the first place. After that, you can learn Japanese on your own with various online learning materials.

By far, the best language learning tool out there is the Ling app, which contains over 200 lessons per language. If you want to become fluent in Japanese, Ling has plenty of lessons, all the way from beginner to advanced.

Learning a language by yourself can be challenging at times, but don’t give up! Here are other ways you can learn Japanese:

How Quickly Can I Learn Japanese?

According to the Foreign Service Institute (FSI), the average learner can reach proficiency in Japanese after at least 2200 hours. That means 12-18 months of intensive courses if you’re trying to finish fast!

If you have no prior experience with learning other languages, it might take you a minimum of 3-5 years to reach proficiency. That’s mainly because of the language’s complex writing systems, but we suggest you focus on hiragana and katakana first.

If you want to learn Japanese, you should start speaking from day one! Japanese isn’t easy, so don’t waste your time. Start with easy, simple vocabulary, phrases, and topics. From there, you can slowly start to learn the more difficult parts of the language.

Is Japanese Worth Learning?

With nearly 128 million speakers, Japanese is a very fascinating language to learn. Apart from its cute aesthetic and kawaii culture, Japan has been revered as one of the best in innovation and technology.

Here are some other reasons to learn Japanese:

As the Japanese economy continues to increase, so do business opportunities.

Imagine how much easier it will be to communicate with your business partner or potential client if you can speak Japanese!

When people think of Japan, they usually think of its rich culture. If you learn Japanese, there’s no doubt that you’ll appreciate and understand Japanese culture even more!

May Help You Learn Other Languages

Being one of the world’s most challenging languages, learning to speak Japanese is a huge feat.

After learning Japanese, you should find learning other character languages, like Chinese, much easier. So, if you want to learn multiple languages, Japanese is a great place to start!