There is a lot to talk about when it comes to the Serbian flag. As you probably may know, Serbia is one of the oldest European countries, and its flag has been changed a couple of times throughout history.

So the first time Serbia was mentioned was around the year 780, which was pretty long days ago. Also, another interesting fact is that the coldest European prehistoric society was founded near Belgrade, and it’s called ‘Vinča,’ also known as Turdus-Vinca culture. It dates from around 5700–4500 BC (Wow!)

First thing first, we are just going to pass through some interesting facts when it comes to this small country. Maybe I said small, but trust me, this has a pretty rich history.

It is settled in the southeast part of Europe. Its capital city is called Belgrade or Beograd, how Serbian people call it(Beograd – literally means the ‘White city’). When you look at the map, it’s in the pure center of Serbia. It’s a very modern city, and the interesting fact is that it is the biggest construction worksite in Europe(another Wow).

As you may see, Serbia has a three-colored flag, with red, blue, and white colors, a two-headed eagle with a Serbian crown on the top, and a coat of arms called ‘četiri ocila’ (red shield in the middle). It’s pretty hard to translate the last one, but ‘četiri’ means four, and ‘ocila’ is meant for those ‘C’ letters, and as you may see, it’s four of them.

Okay, so don’t be too confused, but everything will be explained in the text, so if this sounds interesting to you, please jump on and read everything, you’ll learn a lot trust me!

Also, Serbia has pretty interesting cinematography, so if you are interested in Serbian films and learning Serbian, check out this interesting text.

History Of The Serbian Flag

There were medieval flags and revolutionary flags used when Serbs were under the occupation of Turks(Flags from Serbian uprisings). There were too many, especially the revolutionary ones, so we won’t spend all day talking about them. If you are more interested, you can check them right here.

But this, as they like to call it, Modern Flag, also has a pretty interesting history, and it dates from the year 1835 when Serbia brought its first constitution and almost got freed from the Turkish empire.

Also, I have to mention that Serbia adopted this flag again. It finally became official in 2010 when it got independent again, which was after parting with Montenegro(After parting Yugoslavia, it has left only the union of Serbia and Montenegro). So, if you are more interested in Serbia and learning Serbian, check out our Ling app!

Meaning Of The Serbian Flag

Serbian people like to call their flag ‘trobojka,’ which means ‘three colors flag’ or ‘tricolour.’ So colors, colors, and colors, but it’s not all about them, like on most of the world flags. It’s only three of them on it, red, blue and white. Down below, you can check what each color represents on this flag.

So the red color represents the blood. I know it may sound awful, but Serbia has had to go through many wars since it was founded. The last independence was in the year 2006, and thanks to God, no more wars! Of course, no one likes wars, but unfortunately, that is just something we were all gone through (talking about Serbia.)

The blue color represents freedom and infinity. Serbs were always searching for their freedom, and infinity comes with something else.

The warriors who have fought for this country believed that eternal life is waiting for them if they die in a battle. That’s why Serbs like to call themselves ‘heavenly nation,’ which has to do with the battle for Kosovo, but that is something we are going to talk about next time.

The white color on the national flag of Serbia represents mothers’ milk. I know it sounds like it doesn’t make any sense, but they believed mothers’ milk would give their children the power to become warriors and heroes.

There are also many old national songs about mothers and their kids and also a lot of women represented as heroes.

And here comes my favorite, and it’s about the coat of arms. So the arms of Serbia have a pretty interesting story, and there are a couple of them, but they are not all the same. You may see the crown, the two-headed eagle, and the red shield.

Now, let me first clarify: the biggest mistake is if you hear someone saying ‘samo sloga Srbina spasava’ or ‘only unity saves Serbs.’ That is something which has nothing to with the arms of Serbia, and it is complete nonsense and a huge mistake!

Ok, so let’s get with the crown first. Why is there a royal crown on the Serbian flag? It’s because Serbia had a king, actually of them through history, and it still has today. But it’s still a Republic… Quite confusing, right? But Serbia nowadays is not a kingdom. It’s Republic, no matter it has a king and a royal family. So that’s why Serbia still uses the royal crown nowadays.

And finally, the red shield, cross, and four C’s. So first, it’s not for S; it’s four C’s and called ‘četiri ocila'(four C’s). This is also something we took from Byzantine, and it means ‘car careva caruje nad carevima’, which we could translate to ‘the king of kings reigns over kings’. But it’s more like the tsar or an emperor. So that would be more correct.

The white cross in the middle of the shield and the arms of the coat represent Christianity. The most popular religion in Serbia is orthodox Christianity, and that’s why there’s a white cross on it. So this is the most accurate meaning of the arms of Serbia, and I hope the explanation was easy enough to understand.

The national anthem of Serbia is called ‘Bože pravde’ or ‘God of Justice.’ It is also ancient, and it dates from the year 1872. It became official again in 2006 when there was only a unity of Serbia and Montenegro. 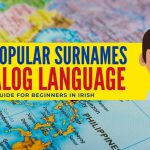 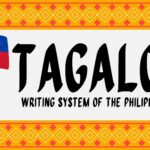 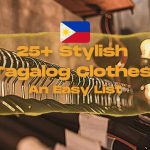 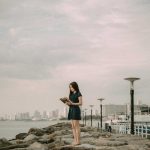 No Tagalog on Duolingo? Try these alternatives 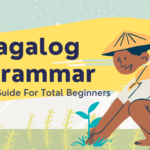 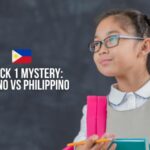