Hindi and Urdu can be as similar as they are different! Here are some details of Urdu versus Hindi with their similarities and differences.

Urdu versus Hindi? Have you ever wondered what the differences are?

There are so many similarities between these languages that most listeners may be unable to tell the differences when they are spoken!

Many say they are variants of the same language as they belong to Indo-Aryan language families. But they are spoken by two different nationals and are the national language of two countries.

Hindi and Urdu can be as similar as they are different! Here are some facts and details about these two countries you should know.

History Of Language In India And Pakistan

Essentially, this caused war and division of the Indian Subcontinent in 1947, when Pakistan was born. After this, India made attempts to unite again with Pakistan, but the rift was too broad, religion being one reason and language being the other.

To date, there remain challenges between Hindus in Hindi-speaking India and Muslims in Urdu-speaking Pakistan. It is worth mentioning, though, that there are several official languages and mother tongues in India, while Pakistan has Urdu as its official language with about 300 dialects.

Another war occurred in Pakistan in 1971, this time not about religion but language. This war of language was about Urdu and Bangla. This resulted in East and West Pakistan’s division to form Bangladesh and Pakistan, both Muslim countries with different national languages.

About The Urdu language

The Urdu language is derived from Sanskrit and has a lot of loan words and foreign influences in its language, such as Arabic, Persian, and Turkic.

There are numerous Urdu-speaking Indians. Therefore, Urdu is an official language in India as well as in Pakistan. The Urdu writing system is derived from Nastaleeq from Persian and Arabic scripts. Furthermore, it is written from right to left.

Urdu is spoken by many in Northern India. In the South, Deccani speaks Urdu. And finally, the Muhajir people speak Urdu in Pakistan. There are Bihari immigrants who have moved from India to Bangladesh and who also speak Urdu.

Urdu is known as a very sweet spoken language. It is popularly said that this is the only language where foulness or word abuse does not exist. Amazing fact, isn’t it?

If you are interested, the Urdu language has become very easy to learn! If you are wondering how to learn this language and what app resources you can use, check our blog on the best apps to learn Urdu.

About The Hindi Language

Hindi is also a Sanskrit-based language. Devanagari script is used for Hindi writing which is from left to right. This script is abugida, meaning it is not symbolic or alphabetic but a combination of both.

The combination of Urdu and Hindi language created the Hindustani language that identifies the language of India.

Here are five similarities between Hindi and Urdu.

Hindi and Urdu speakers will agree that they can easily understand each other in typical day-to-day conversation. And yet, their history, derivation, and script are so different.

How they evolved is a journey to experience! With Ling, a free online language learning app, Hindi and Urdu can be at the tip of your fingers and your tongue in no time!

By clicking this link, you can access learning Urdu on your smartphone with Ling. Urdu words, the writing system, and the Persian Arabic Script can all be learned with the language lessons in Ling.

Free Hindi lessons are also available on the Ling App. Though speaking and listening may seem like Hindi and Urdu are the same languages, you will find through Ling that there are many differences, and each is unique. Discover these beautiful South Asian languages today! 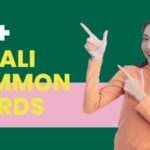 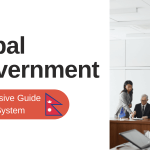 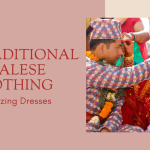 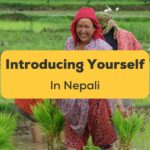 Introducing Yourself In Nepali – 5 Easy Steps 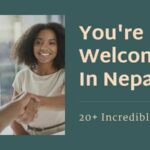 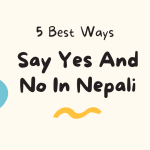 5 Best Ways To Say Yes And No In Nepali