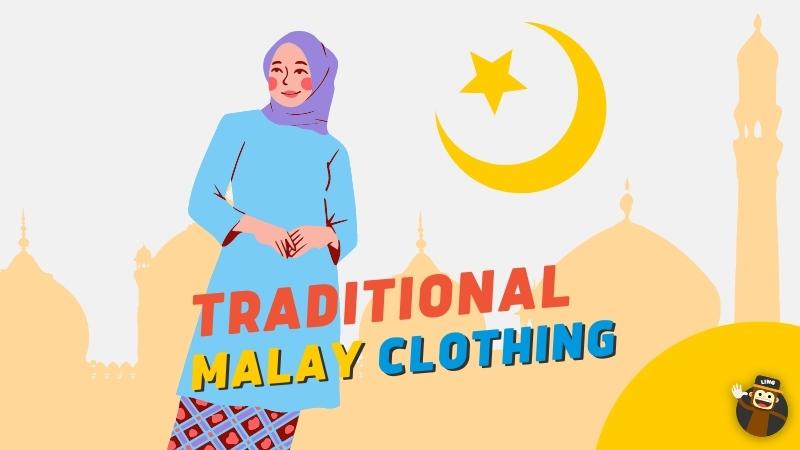 There’s no better way to convey the distinct identities and storied histories of the Malays than through their colorful, elaborate, and artful classic garments. So here, we’ll give you a tour of traditional Malay clothing.

Tourists to Malay-speaking countries are often eager to wear authentic attire and immerse themselves in the local culture. So you’re probably checking the Malay clothing options here because you’re considering trying them. Well, you’ve found the perfect place, as we’ve compiled a fantastic collection of traditional Malay clothing and will also guide you on how to define each piece properly.

Let’s get familiar with the local fashion and compile a list of items to try out on your next trip to Malaysia.

Malay Traditional Costumes At A Glance

Baju Kurung is the traditional dress of Malay ladies. It’s a shirt that falls just below the knee and is paired with a sarong, a long skirt. The sarong has folds along one side, whereas the blouse has long sleeves and typically no collar.

How about your experience with Malaysia Airlines? Indeed, the female flight attendant uniform is known as Baju Kebaya. This costume has a less formal two-piece outfit than the more loosely fitting Baju Kurung.

If you see Malay women wear a headscarf, they’re Muslim. It’s called a tudung. Malay Muslim ladies are required to follow a strict dress code of the Islam religion. The tudung, however, has another purpose: to instruct the wearer on appropriate behavior and manners. Moreover, it’s often worn with a Baju Kurung.

Think men’s clothing has to be more scaled down than women’s? Maybe not because traditional Malay men’s clothing can have more elements to learn about than you’d think, let’s explore them to see how they match up!

In the past, men’s and women’s traditional clothes were referred to as Baju Kurung. However, they changed the name of the men’s garment to Baju Melayu after being selected as Malaysia’s national costume. In Singapore, they still use the earlier definition. The term Baju Melayu describes the two main parts of this outfit. The first is the Baju, a long-sleeved shirt with a tight, high collar called a Cekak Musang. And the Seluar pants are the second element. Similar fabrics, often cotton or a blend of polyester and cotton, are used for both parts.

This design is similar to contemporary Western dress shirts. The placket is usually buttoned up with three to five buttons and held together with dress studs.

Neither the cekak musang collar nor a placket can be found on this baju. Rather, a tight stitch known as tulang belut, an eel’s spine, is used to stitch the hole, and a little loop is created at the top of one side to fit a kancing. It resembles the collars of the Baju Kurung that ladies wear.

One of the Baju Melayu collars is called Kolar Tunku. Each collar’s corners are rounded, with just three buttons in the placket.

Tang suits, a traditional Chinese male attire, are commonly seen in Malaysia. It’s a style of jacket that ties in the middle of the stomach and has a collar. Mainly flower patterns may be found. However, Chinese women often wear cheongsams, long dresses with collars fastened with little hooks.

Malay Indian men’s formal attire consists of the Kurta, a knee-length sleeve shirt created from colorful textiles, and the kurta-pyjama, loose pants with a string tie at the waist. Indian women in Malaysia, like elsewhere, typically pair their sarees with matching petticoats.

National identity is best represented by preserving traditional clothing. As you can see, how people in Malaysia wear traditional clothes are similar to other regions. Given the size of the region’s Malay population, you’ll find examples of this style throughout Singapore, Indonesia, Brunei, and southern Thailand. That’s why it’s in your best interest to maintain studying Malay; doing so will open doors for you!

Speaking fluent Malay is more crucial than trying on their traditional clothing if you want to blend in and feel like one of the locals. That’s why keeping a consistent routine is important; it’s the only way to get there. Consequently, we have the most effective tool for helping you accomplish your goal!

The Ling app is eager to provide a complete language learning application, which includes more than 60 languages worldwide. Plus, Malay is highlighted since it is the native tongue of more than 50 million people throughout the globe. And many others have expressed interest in learning it.

Our application provides you with incredible tools developed to hustle up your progress, such as a comprehensive library of Malay vocabulary you’ll need to communicate with natives in Malaysia, Indonesia, Brunei, and Singapore. In addition, if you want to be familiar with Malay accents, our chatbot can help you practice listening to the language daily.

One of the best things about our Malay lessons is that it’s not like reading a boring textbook that makes you want to sleep. Instead, we provide engaging, fast-paced mini-games that will have you laughing and learning new Malay words in no time. 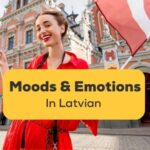 20+ Best Words On Moods And Emotions In Latvian 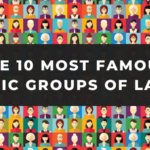 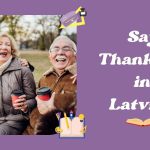 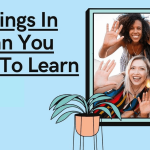 20+ Useful Greetings In Latvian You Need To Learn 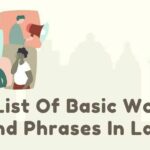 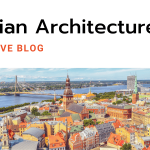