The Korean language is beautifully unique, and this is one of the reasons why many are interested in becoming fluent in it. Today, why not learn some beautiful Korean words to widen your vocabulary?

Aside from being a beautiful country with beautiful people, South Korea is home to many beautiful words unique to its culture. Korean people often use most of these words that do not have direct English translations. Therefore, upon learning these words, you’ll get to understand much more about Korean culture.

Let’s discover how Korean culture is really one of a kind!

How To Say Beautiful In Korean?

Before we learn some beautiful Korean words, let us first learn how to say “beautiful” in Korean. The Korean word for beautiful is 아름답다 (areumdapda). However, they also use 예쁘다 (yeppeuda), which means pretty.

Both of these terms can be used interchangeably. But, 아름답다 (areumdapda) is more frequently used to describe the scenery, while 예쁘다 (yeppeuda) is more frequently used to describe people or objects. It is also sometimes spelled 이쁘다 (ippeuda), which has the same meaning but is more of a slang term. If you want to learn more about saying beautiful in Korean, check out this blog.

What Are The 12 Most Beautiful Korean Words

Now that you have learned how to say beautiful in Korean, widen your Korean vocabulary and discover these beautiful Korean words. These words have been part of the Korean language, and these are a few of the things that make Korean a beautiful language. Most of these words do not have exact translations that match English words, making it a unique language. Here is a list of the most beautiful Korean words you might want to learn.

If you’re an avid K-drama or K-pop fan, you are already familiar with this word. It is a big trend in South Korean culture where someone acts adorably and cutesy to appear pleasant and appealing. Women mostly do this, but the interesting fact is men also do this, too, and it’s not a big deal. Some of the famous K-drama characters who did aegyo are Kang Mo-yeon (Descendants of the Sun), Choi Ae-ra (Fight for my Way), and Ra Eun-ho (School 2017).

Have you ever felt frustrated when things did not go as planned? Well, the term for that is 답답하다 (Dapdaphada). This may be the feeling of Nam Do-san in the K-drama Start-up when they failed to get investors for their company whenever they tried, even though they were very good at their field.

In the K-drama Law School, Ye-Seul was forced by his manipulative boyfriend to testify against their professor Yang Jong-Hoon for killing Seo Byung-Ju. Even if she didn’t want to, she did it anyway, fearing that he might leak their intimate video together. Would you imagine how suffocating it is for Ye-Seul to stay in this type of relationship?

This is what 답답해 (Dap-dap-hae) means. It can mean “airless” or “suffocating.” In a circumstance, it is the incapacity to talk or act more freely, and it’s often used metaphorically to represent the physical sensation of suffocation brought on by excitement.

The perfect example is when Mo Yeon informs Dae Young that he has received a parcel addressed to him from “Shin Jae Young.” Shi Jin and Dae Young both came running and then entered the room, and they said it was a miscommunication. Myeong Joo raises the photograph aloft. They met the girls in the photo together, according to Myeong Joo. Myeong Joo asks to know which girl is the cousin, and simultaneous responses from Dae Young and Shi Jin. They both recognize the same girl twice!

If you witnessed the love story of Yoon Se-ri and Captain Ri in Crash Landing on You, you could say that it is an example of loving someone intensely and passionately. The beautiful Korean word for that is 열렬히 사랑하다 (Yeollyeolhee saranghada) which means “to adore/love intensely or passionately.”

Korean mothers are stereotyped as competitive and frequently compare their children to their peers. One perfect example is Kim I-Yeong, who constantly compares her son, Won Hae-Hyo, with his friend Sa Hye-Jun when it comes to their success as models turned actors. This is typical in Korean culture, and the Korean word 엄친아 (Eom-chin-a) refers to the indirect acquaintance with a seemingly perfect life. 엄친아 is the abbreviated word of 엄마 친구 아들 (Eomma Chingu Adeul), which means mother’s friend’s (perfect) son. The corresponding opposite is 엄친딸 (Eon-chin-ttal), which means mother’s friend’s (perfect) daughter.

This beautiful Korean word implies unbelievable. You can also use it as “What the heck,” “Beyond common sense,” or ‘I can’t believe it.” It is used in situations like when Deok-sun knew that Taek lent his friend ten million won again. Everyone was shocked, and they couldn’t believe what Take had done.

If you have read the blog about the Korean war, you’ll know that Korea has suffered greatly from war and colonization. This resulted in many negative things that are still present even to this day, and one of those things is the word 한 (Han).

“Han” refers to shared suffering and injustice, a concept that is mostly associated with Korea. It’s a cultural phenomenon resulting from the country’s long history of foreign attacks and civil warfare. This is what the North Korean soldiers felt when they were going home from South Korea after conducting their mission to bring Captain Ri home.

One of the most beautiful words that genuinely reflect the Korean culture is 효 (Hyo), which expresses the strong sense of obligation and responsibility children must give toward their parents. It is one of the Korean cultural concepts of devotion. Hyoja (효자) means devoted son, and “Hyonyeo (효녀)” is a devoted daughter. Being a devoted child to their parents has always been part of Korean culture. It can be clearly seen in their K-dramas, like in Reply 1988.

This term refers to social relationships. It is what brings the Korean people together and gives them power. The word can be translated as ‘harmony’ or ‘unity,’ but even Koreans have difficulty defining it because it refers to the psychological and emotional ties that bind Korean society. Jeong is a supposedly actual and unique form of social-relational bonding in Korea. It pervades every phase of the process, with varying degrees of “woo-ri” analysis of the terrain (us versus them).

Fake people are the worst. They are dangerous if you keep them around you because you’ll never know what they can do to you. In Korea, they call this Nae-soong. It is frequently used to describe a lady who acts timidly or naively around others — particularly men. It’s like the character named Eun Hye-In when in front of Dae-wong and Mi-Ho.

Moving on from someone or something you love the most is one of the hardest things. The Korean word for that is 놓다 (Nohta), which means emotionally letting go of something or someone. This might be what Eun-Tak felt when Kim Shin had vanished.

In the K-drama My Roommate is a Gumiho, Shin Woo-yeo doesn’t have the ability to know other people’s feelings since he is a gumiho. Therefore, we can say that he lacks noon-chi.

The phrase refers to the skill of being aware of another person’s feelings, thoughts, and emotions to assess and react appropriately to a situation. A person with good noon-chi can read others’ body language or voices to understand their real feelings. On the other hand, someone with bad noon-chi is said to lack tact or observational abilities.

Do you remember the relationship between Shin Ha-Ri and Kang Tae-Moo where they pretend to be boyfriend and girlfriend and see each other all the time, but they are not a couple? Then, later on, they develop feelings. It’s the “sseom-ta-da” predicament, as the Koreans call it. Many people believe “sseom-ta-da” comes from the English word “something,” which signifies “sseom” is currently happening. And until anything more severe happens, it will magically “go along” like the effect of “ta-da.”

Did you know that SEVENTEEN’s Dino and Vernon were both born in the year of the Tiger? This is “tee-dong-kab,” which describes two people born under the same Chinese zodiac sign, even though there are 12 years of an age gap. A twelve-year cycle governs the Chinese Zodiac. A distinct animal sign characterizes each year during the period. Each animal has certain characteristics, and it is assumed that anybody born in that year shares them.

These words are just a few of the valuable and beautiful words in the Korean language. If you want to learn more Korean or if you’re going to speak Korean like a native speaker, start learning Korean with Ling App now!

With Ling app, you can have fun learning Korean with mini-games and quizzes. You can also develop and master your language skills using the app’s well-developed features. Everything you need to learn a new language is accessible in this app.

Korean is a beautiful and unique language to learn. Even the Korean alphabet is pretty easy to learn. So, do not waste any time in your beautiful life and learn Korean with Ling app now! 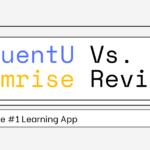 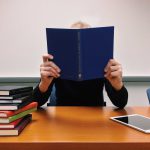 3 Points to Consider When Choosing a Language to Learn 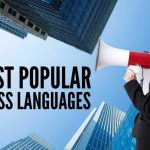 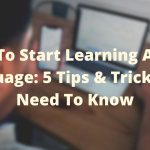 How To Start Learning A New Language: 5 Best Tips & Tricks 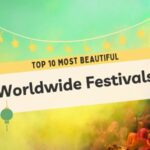 The Top 10 Most Beautiful Festivals Worldwide 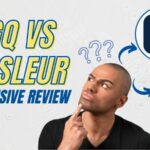 LingQ Vs Pimsleur: An Exclusive Review Of 2022