5+ Ethnic Groups In The Philippines: An Easy Guide You may or may not already know these, but each country actually has tons of different ethnic groups! Typically, each ethnic group has its own culture, cultural ties, language, and religion. For instance, the United States has recognized a total of six ethnic groups in the country, but, in reality, there are far more, especially if you include ethnic minorities.

So, what about Southeast Asia and, more specifically, the ethnic groups in the Philippines? How many ethnic groups reside there? Do they have their unique customs and traditions? Does everyone learn Tagalog? Well, you can find all that out and more here!

What Exactly Is An Ethnic Group?

There have been and still are a lot of debates surrounding the terms “ethnic group,” “ethnicity,” and “race.” So, we’re here to clear any confusion you may have. These terms can be defined as follows.

That being said, we’re here to finally settle the controversial debate and clearly state that ethnicity differs from race!

What Are Some Ethnic Groups In The Philippines?

The majority of the population – 95% percent, to be exact – is Filipino.

This ethnic group is the descendants of Austronesian-speaking migrants who arrived on the island over time. Most of them are originally from Taiwan and mixed with other migrants from mainland Asia, closely related to what is known today as southern China.

Cebuanos are Austronesian-speaking people that settled in the province of Cebu between the 10th and 16th Centuries. However, they can also be found in Leyte, Negros Oriental, and Negros Occidental provinces.

Before Spanish colonization, Cebuanos were mostly involved in fishing. Today, they are heavily involved in manufacturing and the arts, such as dancing, singing, painting, and more.

Did you know that Ilocano is the third most spoken native language in the Philippines?

Historically, Ilocanos are of Malay and Austronesian descent and lived in Luzon’s Northern region before the Spanish arrived. Back then and today, some major activities of the Ilocanos include rice farming, salt production, and fishing.

The most important values to Ilocano people are hard work, respect, and empathy for others.

The Visayan settled in the Visayan Islands approximately 30,000 years ago. Today, they largely reside in the provinces of Negros Oriental, Negros Occidental, and Cebu.

Their main duties involve farming and lumbering. Since then and until now, Visayans have placed high importance on the present rather than the afterlife.

The Moro people, also referred to as the Bangsamoro people, are the 13 Islamicized ethnolinguistic groups of Mindanao, Sulu, and Palawan.

The Moro has a population of around 5 million people, approximately 5% of the total Philippine population, and is the largest group of non-Christians in the entire country.

Only 0.003% Of The Philippine Population: Aeta

Although nowadays they only make up a very small ethnic group in the Philippines, some consider Aetas the first Philippine people!

The Aetas are different Negrito indigenous people who live in the isolated mountainous parts of the Luzon island. They typically have dark to very dark brown skin, dark curly hair, small noses, and dark brown eyes.

As you can see, the Philippines is home to a diverse set of cultures, traditions, customs, practices, and languages. Did you know that the island of the Philippines has somewhere between 120 to 187 spoken languages?

Want To Learn More About The Philippines? Learn With The Ling App!

Do you want to learn even more about the Philippines? If you’re looking for all information Philippine-related, then all you need is the Ling App!

The Ling App is a language learning app created to ensure that learning a new language can be as easy and smooth as possible. No matter your age or language level, Ling has lessons for anyone and everyone.

Not to mention, the app offers courses in over 60 languages! Many courses are hard to come by when it comes to other language apps, but what’s even better is that all of Ling’s courses are still comprehensive and engaging. The app even gets native speakers of each language to record all the audio in the lessons and check the content to ensure that it’s accurate! With Ling, you get quality and quantity!

In terms of features, Ling is truly revolutionary. As we mentioned before, all of Ling’s lessons are thorough and structured. The app also teaches relevant vocabulary that can be used in daily life instead of only formal or standard words and phrases. If you want to learn a language with a particularly hard alphabet, such as Chinese, Ling also has fun writing exercises to help you practice. See what we mean by checking out the screenshots below!

See what we mean? Cool, right? The app’s interactive chatbot is the last feature we want to mention, although there are so many more for you to discover on your own. That’s right. Ling has its own AI feature where you can talk to and get feedback on your pronunciation from the chatbot.

If you’re ever interested in more than just learning languages, Ling also has a fantastic language blog where you can extend your knowledge even further. On the blog, you can find information about countries, travel hacks, cultures, cuisines, and so much more. If you’re an avid learner, Ling truly has everything you need.

Don’t just take our word for it. Go and try the Ling App today by downloading it from the App Store or Play Store now! 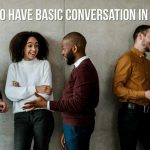 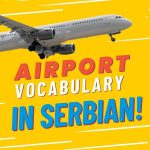 Your Best and #1 Guide To Airport Vocabulary In Serbian! 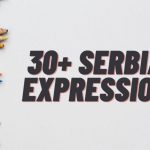 30+ Exciting Serbian Expressions You Should Know 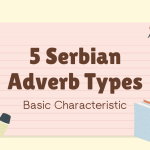 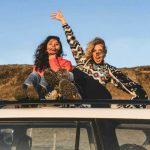