Are you a language learner actively improving your English grammar but keep hearing some words and phrases in movies and daily conversations that sounds alien to you? I understand that it can be confusing, especially for total beginners.

You see, the English language has a wide range of slang that has evolved over the centuries from abbreviations, historical happenings, and random comparisons. These slangs have made every language have its unique fascinations that are understood only by native speakers. Fortunately, these English Slang words are easy to learn. So, sit back and enjoy the ride!

But wait… before you tighten your seat belts, there is a catch.

Where It Gets Twisted: American And British Slang Words

As you may know (and if you don’t, keep reading), the English language has a sort of version. The most popular versions are British And American English. The British (UK) English is majorly spoken in the United Kingdom, like England and other parts. At the same time, there is American English which is spoken majorly in the United States Of America. These two English languages ‘versions’ have their differences that also extend to their slang words. So are the American and British slang words, and they hold different meanings.

So, you may be wondering? ‘Oh My! Where do I start from?’. Not to worry, we will try to cover the popular English slang based on British, American, and Australian English. Whichever is relevant to you, you can go ahead and take a look through, and if you are curious about knowing all. Why not?

Now that we’ve clarified the differences, you can now fasten your seatbelts and enjoy the ride of English slang words and phrases.

There are British slang words used in daily conversations that you may hear around often. We will try to list a good portion of them, expecting that you will be able to understand and probably use them in the nearest future.

Just like the equivalent of Dude in the American English Slang, Bloke means a man. Keep that in mind in future conversations.

Does somewhere maybe a bar or restaurant look unattractive? You can use the word dive. “That place is dive, but their chips are exceptionally good.“

Jar means bear and is often used in the united kingdom. I want to grab a few jars.

Used to describe something of the upper class or something or someone looking luxurious and good. ‘You look peng, girl!’

Someone is chuffed when they are very excited about something. I am so chuffed with my admission letter!

You may have heard this sometimes. Quid refer to the British pound

Mate, in this sense, is not referring to a life partner. It means a friend. So, when native speakers call you Mate, they see you as a friend.

When someone is minted, it means they are wealthy. Look at his watch, and you’d know that he’s minted.

When one is knackered, they are extremely tired. I can’t move an inch, and I am absolutely knackered

If you are extremely disappointed about something, you are gutted. ‘I don’t want to speak right now, and I am gutted about the exams.

An abbreviation for, isn’t it? Definitely widely used in other parts of the UK ‘You shall be going home, innit?’

Bloody is used to intensify a particular statement, just like the word ‘very.’ So, it isn’t talking about something soaked in blood. You are bloody daft! Bloody hell!

Cuppa is the shortened version of a cup of tea in the UK. I am dying for a cuppa

If you are skint, it means that you are broke and have no money on you. I have no quid, and I am a skint mate.

When someone is under the cosh, it means that they are under pressure to deliver something.

No matter how you flog a dead horse, it won’t result in anything. The same thing with this slang phrase. It means that someone is trying to change a situation that cannot be changed. You will be flogging a dead horse by going to apologize

Going to a do

A do is a party and if you are a student, you don’t want to miss a do. ‘I am going to a do tonight, babe’

Fuss or confusion. What is the kerfuffle all about

Means to have a lot of drinks and probably get drunk. Are you out on the lash

When you are faffing around, it means you are taking too much time with what you are doing. It is best to finish that up immediately.

Talking too much about something interesting. Zoe won’t stop yakking on and on about her new car.

Now that we’ve covered the popular British slang terms, let’s take a trip to the United States to find out some cool American slangs. Before will go further, keep in mind that some of these slang are region-dependent which means one slang may be heavily used in a state and not in another. Now that we’ve gotten that out of the way, let’s take a look at some of the American slang words

To relax or to stop being worked up. ‘Chill, dude’

Refers to someone who is overly nice to another person they like, thinking that they will develop feelings for them. ‘You are such a simp!’

To sleep. ‘I am crashing at your place tonight.‘

Looking good. ‘You are looking snatched.’

To be winning at something. ‘You are slaying it’

Disappears or ignores ‘You ghosted me yesterday!’

A coward; behaves a bit stupid ‘You are such a chicken’

I don’t buy that

Not believing a statement. ‘I didn’t but into that John’s story‘

No problem, or it is fine ‘It is no big deal, we cool’

Someone who watches a lot of TV. ‘She is a couch potato’

To agree to join a particular event or agree to something. ‘I am down for coffee at 9 am tomorrow

Start trouble ‘I told you to allow him in. He is just here to open pandora’s box’

To cheat or exploit someone ‘Sorry dude, you’ve been screwed over’

When someone gives an irrelevant opinion, you can say that ‘the advice he gave me was for the birds’

To reveal a secret. ‘Okay, you can now spill the beans’

To have a strong affection for someone. ‘I have a crush on Tyler’

To understand what someone is saying. ‘I feel you. It can be painful‘

One USD dollar. ‘the coffee costs a buck’

Shift tasks or responsibilities to someone else ‘I am too busy. I will have to pass the buck to Mary’

Someone who is physically fit or has a good body build.

Which One Is Your Best Choice

We’ve explored the common English slang words for both British and American English. So, which one did you find more interesting? Well, depending on your location in the English version you are learning, some of the cool slang words may not be that relevant or generally acceptable. However, it is good to keep them handy if you visit any of these countries.

The Ling App makes learning a new language easy and enjoyable. It has loads of features specifically designed to equip language learners with grammar, vocabulary, writing, speaking, and other skills needed to improve your learning journey. To ensure that any new beginner becomes a fluent speaker in a short period, Ling App comes with detailed grammar lessons, interactive quizzes, time-spaced reminders, an AI chatbot for further practice, and loads of resources to help you along the way.

So, what are you waiting for? Download the lIng App today on Play Store and App Store. 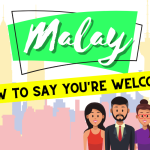 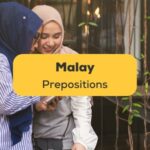 25+ Easy Malay Prepositions For You To Learn! 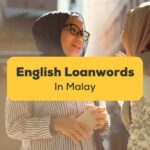 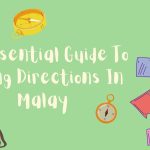 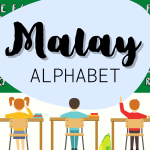 26 Malay Alphabet: An Ultimate Guide Made Just For You 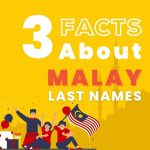