Wondering what the favorite sports played by the people of Kerala are? While we all know Kerala as the literacy hub of India, the hype for sports is no less. From ball games to aquatic races, there are many other sports that you will see being played by the Malayali people. So, before you take your trip to Kerala, here is a post containing lists concerning Malayalam sports vocabulary and other relevant words to enlighten you and impress the locals. Keep reading and enjoy the learning journey!

How To Say Sports In Malayalam

Before we know what sports the Keralite sportspersons love, we should first learn to translate English words like “Sport” into Malayalam.

കായികം (kāyikaṁ) is the word for “Sport” in the Malayalam dictionary. However, most locals also use the Malayalam word സ്പോർട്സ് (spēārṭs), which is very similar to the English word. Thus, if the first one does not work out, you will always have a way to pronounce the second word with proper meaning in front of the locals.

Favorite Sports Of The Local

Do you know that Indians love Cricket? In all the IPL (Indian Premier League), World Champion tournaments, and International competitions, India has always been among the most anticipated players worldwide. Even today, the fact stands true. In Kerala, Kochi Tuskers Kerala was a famous franchise cricket team that took part in the IPL, representing Kochi in many previous games but now is disbanded.

Apart from Cricket, football is another popular sport that the Keralites cannot live without. Kerala Blasters, and Gokulam Kerala FC, are all football teams now thriving and winning in many regional and national games. Other sports like badminton, Hockey, and many traditional sports are also in the line. Kerala holds some of the major sports stadiums in India, and numerous sports venues are constantly gaining popularity among the Indian population.

Such diversity shows the fondness for popular sports by the locals and the capabilities of the young Indians. To add, Kerala has also risen many Olympic gold medal winners and famous athletes that we will learn about in the sections below with the Sports vocabulary in the Malayalam language. So, if you are a swimmer, boxer, or athlete, you will love your trip to Kerala. And to make it a success, continue reading and learning Malayalam words!

Now let’s improve our Malayalam vocabulary and look through some traditional sports words with translations and some exciting facts. Learning these will help enhance your vocabulary and knowledge of Kerala’s sports culture. So, let’s get started!

Before getting into Cricket and Hockey, we need to know about the history of Pallanguzhi, one of Kerala’s most thrived traditional games. Although it was initiated first in its neighboring state, Tamil Nadu, Pallanguzhi became very popular among Kerala’s younger and older population.

The game requires a wooden board with 14 holes in two rows and pebbles or cowry shells, as the native speakers know. The game’s rules are that the 14 bodies are to be captured or filled by the winning player. If there remains an empty shell, the opposer starts playing. Very uncommon in the western world, this game is one the locals can never forget.

Next up is another traditional game of Kerala that originated 2000 years back, Kuttiyumkolum. If the locals traditionally have anything neatly related to Cricket, it is Kuttiyumkolum, also known as Boy and the Cane.

The game is played using a round stick, peg chiseled at both sides, and a hole made in the mud ground. It starts with the boy hitting the peg with the stick above the hole from the ground. When it strikes at a distance, another player can catch the peg. If one catches the peg, the player who hits the peg will be out, and the next player will get a chance to strike it towards the hole. If it reaches the hole, it will be a run-out, or the player can get another chance.

Go to any corner of the Indian Subcontinent; you will never meet one person who does not know about seven stones. Seven Stones is one of the most popular sports in Kerala, which resembles a similar game of Lagori.

Want to know how Malayali people play football? Well, Mud football is not a game that everyone would admire because it is played in the swamps and muddy ponds where the players would kick the ball with mud splashes. Usually, it is played in muddy paddy fields in the village areas of Kerala, and you will be able to witness the players’ thrill, excitement, and energy once you visit it yourself.

Another familiar and peculiar game played by the locals is known as Goli. It is a game played with marbles where the players have to hit a target using them. The winning person gets to take home all the marbles. Although not very physically sporty, this is a game that is rooted in every Indian child. From rural to urban areas, Kachi/Goli is something that every Indian child would know about and play once in their lifetime.

Popular Sports In The Malayalam Language

In this section, we will get into contemporary sports that are not only played by the locals but throughout the world. While translating English words, we will also encounter some sports facts about Kerala sports status that will make this reading journey much more exciting.

Cricket, pronounced as ക്രിക്കറ്റ് (krikkaṟṟ), is one of the most famous sports in Kerala. The country has actively participated in league competitions and tournaments under different associations. Some famous players in Kerala are Tinu Yohannan and S.Sreesanth. The Kerala cricket association has always aimed at developing and organizing games to nurture young and talented players.

Football in the Malayalam dictionary is called ഫുട്ബോൾ (phuṭbēāḷ), which is very similar to the version of the English dictionary. phuṭbēāḷ is even more hyped than Cricket in Kerala. Every local enjoys and wants to play the sport. Many Keralite players have represented India in the Olympic games, including S. S. Narayan, M.Devadas, T Abdul Rahman, and many more. Currently, the Kerala Blasters are the most popular and supported football club in the state and have participated in Top tier competitions.

Apart from Cricket and football, അത്ലറ്റിക്സ് (atlaṟṟiks) is also one of the most popular sports in Kerala. Many bronze medals and even Olympic medal winners have arisen from the state and are still busy nurturing new talents with new sports initiatives. Recently, in the World’s Masters Athletics, a former MLA from Kerala, aged 81 years, bagged two bronze medals. Just like him, many potential players secure outstanding positions every year.

The pronunciation for basketball in Malayalam is bāskaṟṟbēāḷ. Although India has not been able to make its name on the world Basketball champions lists, many potential basketball players have emerged with new passion and zeal in recent decades.

Especially from Kerala, the Kerala Basketball Association has constantly been training eligible players, participating religiously in many national Basketball championships held by the Indian federation. In fact, India qualified for the Summer games earlier, and famous players like P.S Jenna and Geethu Anna Jose have portrayed their hard work in the country court.

vēāḷibēāḷ, or Volleyball, has been a part of Indian sports culture for around seven decades. Although an Indian team has never been seen in Olympic games, the sport has been a thriving game at regional levels. And when it comes to the best players of Volleyball in India, most of them are from Kerala. In fact, the entire women’s team for Volleyball for the Jakarta Asian games was generated from Kerala. Thus, vēāḷibēāḷ remains a popular sport and love for many South Indian players.

It cannot be true that you have never heard of Hockey in the Indian arena. Being the National sport of India, hēākki or Hockey is popularly played by locals. Kerala hockey is the unique body federation that organizes and administers the hockey batch in the state. Players like Parattu Raveendran Sreejesh have quite a reputation in the hockey world of India.

Water polo is amongst Kerala’s most anticipated sports, just like cricket and football. The Kerala aquatic association is a particular unit of the swimming federation of India that looks after the promotion and development of water polo and other aquatic games like swimming. Many women’s and men’s teams have made laudable achievements in the national and international scenario.

Now let’s find more Malayalam words related to outdoor sports in this section. It will enhance your vocabulary and increase your knowledge.

Learning sports vocabulary in the Malayalam language will make your multilingual skills more vibrant and boost your confidence. In today’s post, we hope that you were able to also learn so much about the culture of the state and the nation itself. Thus, if you wish to learn more, you can download the Ling App from AppStore or PlayStore and continue your language journey.

Ling App is a language learning app that hires expert writers worldwide to provide language content on various topics like food, utensils, relationship, emergency, etc., with proper Malayalam meaning and translation. You can learn all the essential vocabulary and tips by downloading the app for free. Moreover, if you wish to learn a new language, you can do so as Ling promotes more than 50 languages, and the app features special AI features that will help you practice and retain your knowledge. So, what are you waiting for? Search quickly for Ling and start learning Malayalam today! 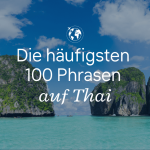 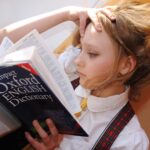 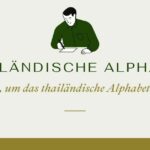 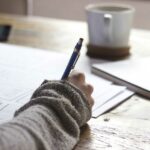 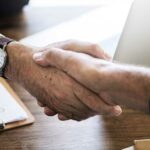 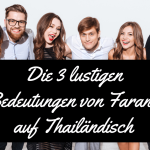