Proverbs are not only a group of words to memorize; they are a perfect way to learn about other cultures. For example, many Japanese proverbs reflect on the ancient wisdom of the Japanese.

We hear about many proverbs in daily life without knowing where they originated. I’m pretty sure you’ve heard “Fall down seven times; get up eight times,” but did you know that it actually originated from a Japanese proverb?

Probably no. But it’s okay because you’ll learn the most famous Japanese proverbs, all of which have the potential to become your favorite life motto.

If you want to enhance your existing Japanese vocabulary while getting valuable life lessons from Japanese wisdom, here are the most famous and inspiring proverbs of the Japanese language that you should learn!

What Is A Proverb?

Proverbs are short and traditional idiomatic phrases, usually including a metaphor or allegory. They are a part of the folklore passed down the generations giving advice based on real-life experiences.

In Japanese, a proverb is known as ことわざ (kotowaza), and they are divided into three categories:

言い習わし (iinarawashi) represents the concise Japanese sayings. The name is derived from the kanji characters 言 (speech) and 習 (to learn).

These types of sayings are the hardest to understand for Japanese learners since they are formed with only kanji characters and originated from Chinese proverbs.

And lastly, 慣用句 (kanyouku) represents the most extended kind of Japanese proverbs.

There are many beautiful Japanese proverbs about love, but these are the most commonly used ones.

It doesn’t matter how hard you try to hide your feelings because all a person’s true feelings come out while drinking. You can also use it for your own good if you can’t find the courage to bare your heart with someone.

This is used to describe couples who are real soulmates. This is what love is about; two becoming one, right? I couldn’t come up with a better definition of love.

English Translation: There’s no medicine for falling in love.

惚れた (horeta) means “to fall in love,” which is an excellent Japanese verb to add to your vocabulary today. The proverb literally means there is no cure for lovesickness, and it’s true. I can only pray to God for those who are lovesick, the worst disease ever.

English Translation: Love and a cough cannot be hidden.

You can hardly suppress a cough, right? Other people immediately realize that you are sick. It’s the same for love; you can’t help falling in love with someone. That special person will understand your feelings sooner or later.

Here are some Japanese proverbs that can enlighten you when you feel lost in life because of something that happened in the past.

English Translation: The winds of tomorrow will blow tomorrow.

You shouldn’t be worried about your current bad situation because everything changes over time. It also means don’t freak out thinking about your future; stay in the present.

This Japanese proverb means to forgive and forget. It has been so long since whatever that unfortunate incident is. Time to move on because life goes on, and it is too short to hate someone.

English Translation: Spilt water won’t go back into its tray.

The English equivalent of this Japanese proverb is “it is no use crying over spilled milk.” What’s done is done. There is no point in still being mad or sad over something. You should get over it and move on for your own sake.

This Japanese proverb means giving something valuable to someone who does not appreciate it. The English equivalent would be “casting pearls before swine.”

Hard-working and perseverance mean a lot in traditional Japanese culture, so as you can guess, there are numerous Japanese sayings about these topics. Here are the ones that the Japanese commonly use.

This is a famous Japanese saying that refers to experts by the “even monkeys” part. If you make a mistake, you shouldn’t beat yourself up; it’s okay because even experts make mistakes sometimes. Remember that nobody is perfect.

English Translation: Fall down seven times but get up eight times.

It is the most famous Japanese proverb with a strong don’t give up message. If you don’t succeed at first, try again.

This Japanese proverb refers to someone who is inconsistent or lacks the determination to follow through with something. They are likened to the kind of person who decides to become a monk but quits only three days later.

English Translation: A journey of a thousand miles begins with a single step.

This Japanese proverb means that it takes a series of steps to achieve success. For example, mastering the Japanese language is not easy, but you get closer to the advanced level with small daily steps.

Proverbs about death can be the ones that have the strongest influence on us. Death is a reality, yet nobody knows what kind of experience it is. So, let’s see what these Japanese proverbs tell us about death.

This Japanese proverb means having a close call with death. Have you ever survived an accident? Then you had a close call.

English Translation: Dig your own grave.

This is an idiomatic phrase meaning saying something stupid gets you in trouble. The English equivalent would be “to put your foot in your mouth.” In English, we also commonly use the exact same phrase as “to dig your own grave.”

This Japanese proverb refers to someone who’s been killed and hence can’t reveal someone’s secrets. It sounds like a Mafiosa phrase, doesn’t it?

This Japanese saying is used to talk about someone who has passed away at ease. Or you can also use it when your lifelong dream comes true, or a big issue is solved, and you feel so relieved that you can die in peace.

I’m sure that all these beautiful Japanese proverbs will level up your Japanese vocabulary and make you a more confident Japanese speaker.

If you want to learn more Japanese every day at your own pace, why don’t you join millions of happy Ling users who’re learning a new language at home while you’re reading this?

If you want to learn Japanese or any other 60+ languages offered in the app, then you should try the Ling App!

Ling is a language learning app designed to help all learners. With so many engaging activities to choose from, such as writing and listening exercises, mini-games, quick quizzes, and an AI chatbot to converse with, the Ling App is the perfect all-in-one language learning resource.

Also, don’t forget to visit our Japanese blog weekly to learn more about the Japanese language and culture!

This app has everything you need to master all four language skills. You can try the app out for free today by downloading it from the App Store or Play Store.

Start learning Japanese or another new language by downloading the Ling App today! 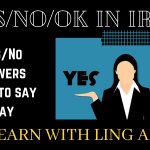 Irish Alphabet: An Easy Guide To The 18 Letters 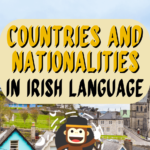 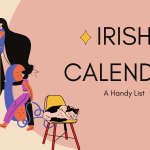 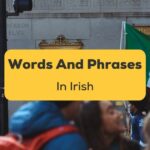