to vs too vs two

Grammar police and Nazi English editors would agree that if there is a set of words that are often misused and abused, then that would be to vs. too vs. two. These little words may take up such a small space in your written document, but it can either make or break your final content. To help you navigate this confusing subject, we decided to write this post to give you the most comprehensive explanations and examples on how to use each. Ready for that? Let’s get started!

English remains to be the king among all the languages in the world as it has officially been utilized by over 94 countries out of 195. Given its massive presence as reflected in mainstream media and global commerce, language enthusiasts continue to challenge themselves to learn the nitty-gritty details of English. And if you are going to ask me if there is one crucial part of learning the aforesaid language, then that would be its grammar.

You see, English grammar is considered a timeless subject due to its long-standing history and the fact that it is always changing to adapt to its speakers. It is great that it is shifting because if it did not, then can you imagine how difficult it would be to differentiate the users behind the word “text” (the verb and the noun)?  Lucky for us, the English language comes with a set of rules which significantly help in allowing us to express ourselves better.

To Vs Too Vs Two

If you landed on this page, then perhaps you are also confused about how to differentiate between these pesky words, given that they all sound the same but are spelled differently. In this case, the words to, two, and too are examples of what we call homophones. Basically, homophones refer to words that sound alike when pronounced but have incredibly different meanings, spellings, and origins. Some of the best examples are break/brake, die/dye, flour/flower, and heal/heel.

For the case of our three words, you just have to take note of the difference below:

Based on the table above, we can deduce that to is generally used to indicate a relationship between words or clauses. In fact, it can even be used to indicate a specific period or range of time. It is a pretty versatile word that you should definitely master since it is an all-around word that takes the form of a preposition and an infinitive verb (“to” + verb). In some rare instances, to can also act as an adverb like in the example, “She pulled the door to.”

In contrast to the previous word, too only acts as an adverb. Whenever I get confused about this one, I usually re-write sentences and the word “also” to see if it sounds right. For instance, if you are troubled with the sentence “Mario is going with them too,” you can simply check it by dropping too and writing, “Mario is going them also.” Does it sound, right? Yep! So, this means that too is the correct word to use.

Additionally, you can use too to indicate abundance or excessiveness. For instance, you may feel too cold when during wintertime or too hot during summer. To understand its general usage better, below are some examples:

Wait a minute! Did you see that comma on our last example? Don’t worry! According to the Chicago Manual of Style, you may or may not use a comma before it. In this sense, it is at your discretion if you want the sentence to look technical and provide more clarity or if you want it without a comma just because it feels “right” to you.

There is no better way of explaining this, but simply to say two is the number between one and three. Check the example below to see what we mean:

As I end this article, I hope that I was able to shed light and give you the quickest and simplest ways on how to use to, too, and two. For more language lessons and tips, I definitely recommend that you sign-up with Ling App. This incredible learning platform is one of the most versatile apps that you can find today with its scientific progression of lessons, which can significantly scaffold your learning goals.

All It Takes Is 10 Minutes!

Make the most out of your spare time by reviewing the basic vocabs, grammatical structures, and even speaking patterns with the help of a dedicated language platform like the Ling App. Unlike other languages, English remains to be one of the wide languages globally, especially for business and government transactions. It holds an ever-growing set of words and phrases which are heavily shaped by the trends and history of the world. Discover more about languages by installing the Ling App today. 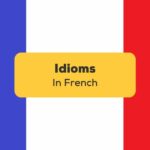 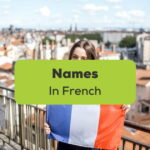 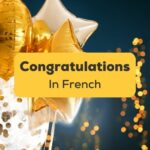 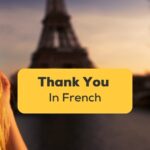 Thank You In French: 10 Most Useful Phrases 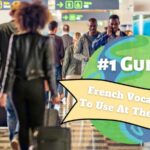 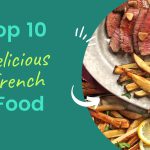