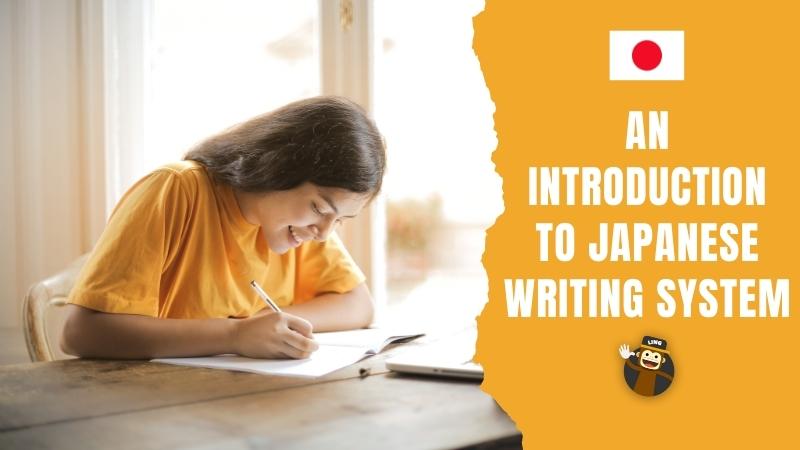 Are you thinking about learning Japanese? You've come to the right place. First things first, you have to get familiar with the Japanese writing system since the Japanese alphabet is pretty different from the Latin alphabet.

The Basics Of The Japanese Writing System

Today, the modern Japanese writing system consists of two elements: kanji and kana. Kanji basically refers to the Chinese characters that were adapted into Japanese, while kana is divided into hiragana and katakana.

History Of The Japanese Writing System In A Nutshell

Until kanji was introduced in the 5th century by the Chinese, Japan didn't have a writing system. But, once the Japanese took the kanji characters from the Chinese language, they were able to match them to the same word in Japanese.

After the adaptation of Chinese characters, kanji started to be used everywhere to write Japanese. In 650 CE a new writing system known as 万葉仮名 (manyō gana) was invented that used Chinese characters for their sounds to represent Japanese meanings. Interestingly, Kana was mostly used by women who were not allowed to get higher education during those times.

There is another type of kanji known as national characters (国字 - kokuji). These kanji characters are used to indicate native Japanese words, so they are not known to Chinese speakers.

Japanese consists of two alphabets known as hiragana and katakana, but they are actually just two different versions of the same sound. This is because the Japanese alphabet consists of kana syllabaries and every syllable you see has a different phonetic value.

It is very easy to distinguish hiragana, katakana, and kanji from each other. Hiragana has a curvy script, katakana has a jagged script, and kanji is the one that looks the most complicated since they are actually Chinese characters.

Where To Use Kanji, Hiragana, And Katakana?

Hiragana is mostly used for grammatical elements, such as verb endings and particles. You can also switch to hiragana if you don't know how to write the word in kanji. In Japan, children’s books are usually written in hiragana since they don’t know how to read and write kanji yet.

Katakana is used for foreign words that are loaned from other languages. For example, you can see that katakana is commonly used in manga to indicate that the character is not Japanese and, therefore, has an accent.

Although there are plenty of words that can be written in just Hiragana, Kanji is used for general words. For instance, verbs, nouns, adjectives, and adverbs.

The Japanese period (.) and comma (,) are used for the same purposes as in the English language.

The question mark (?) is not used in traditional and formal texts, but it can be used in informal and casual texts. It is also used in transcriptions of dialogues because, otherwise, it might not be clear whether a statement is a question or not.

The exclamation mark (!) is only used in casual and informal texts.

Quotation marks in Japanese are different than what we're used to. They are symbolized as 「 ... 」, or 『 ... 』.

Where To Begin Writing In Japanese?

Writing Japanese is not easy, but practice makes perfect!

As a beginner, make sure to learn hiragana and katakana. After you're comfortable with those, you can start studying kanji. In order to learn the stroke order of any kanji, you can get help from various Japanese learning apps, and don't forget to practice with an actual pencil and paper. When learning characters, muscle memory is very important.

Another tip when learning kanji is to study kanji characters with context.

If you're a beginner learning Japanese, understand that the alphabet, pronunciation, and grammar rules can be overwhelming, but never give up!

If you want to know even more ways to learn Japanese, there are plenty of online resources out there!

Learn Japanese With The Ling App!

If you are interested in learning Japanese or any of the other 60+ foreign languages offered in the app, then you will absolutely love Ling!

From mini-games to comprehensive lessons to quick quizzes, you can find everything you need in the app to master all 4 language skills. Even better, you can try the app out for free today by downloading it from the App Store or Play Store.

Don't wait any longer, be sure to download the Ling App now to start learning languages in a more effective and fun way!