#1 Best Answer To “Is Punjabi Hard To Learn?” Is Punjabi hard to learn? Is it the question that people ask you the most while learning the Punjabi language? Punjabi is a bit of a tricky language, but learning Punjabi helps you better understand the Punjab region of the World.

Learn Punjabi with Ling and inspire people to learn a new skill. Tell people to start learning and stop asking the question, “Is Punjabi hard to learn?”

Is Punjabi Hard To Learn?

Your prior knowledge of the Indian language determines the difficulty of speaking Punjabi. If you know Hindi, you should pick up Punjabi quickly. People who are not familiar with Punjabi pronunciations often struggle to adjust.

You must start learning Punjabi as soon as possible for the most remarkable results. It will improve your chances of becoming fluent in it. The longer you wait to study a language, the less likely you will master it.

Punjabi is not the hardest language. Other popular foreign languages are more difficult than Punjabi. So, you cannot say Punjabi is the toughest language.

Furthermore, in comparing Punjabi and Hindi, Hindi is trickier than Punjabi. If you compare both languages, you will see Punjabi as the easier language. So, the difficulty level of the language depends on the nature of your native language.

Some native English speakers believe that Punjabi is a rude language. But it is not true. Because a language cannot be harsh, the things that sound rude are the tone and attitude of spoken languages.

For example, “How are you doing?” sounds in Punjabi as “Tu ki karda” “ਤੁਸੀ ਕਿਵੇਂ ਹੋ.” The tone and language from the example would not sound rude. Punjabi is a beautiful language.

More than a hundred million people speak Punjabi as their first language. However, Punjabi is known as an official language in Indian Punjab. A large foreign community speaks the Punjabi language, mainly in Canada, the United States, and the United Kingdom.

Punjabi is written in the Shahmukhi script in Pakistan, while Gurmukhi is used in India. The usage of vocabulary tone in Punjabi is unique among Indo-Aryan languages.

The Popular Language Of India And Pakistan

The Indian subcontinent presently is divided into Punjab in India and Pakistan. Because of division, Punjabi offers different tones.

In Pakistani Punjab, Punjabi is a dying language. It is because Punjabi people often feel embarrassed speaking the Punjabi language.

So, by knowing the language’s popularity, you should also aim to learn it. And skip the question that makes you feel that your desired learning skill is difficult. The most popular question that lowers your confidence is, “Is Punjabi hard to learn?”

Is Punjabi Hard To Learn? – 7 Factors That Make Punjabi A Difficult Language

In Punjabi, natural language processing is a relatively new field. As a result, there is a shortage of essential resources and equipment for learning Punjabi.

Clauses make up sentences, and the simplest form contains one independent clause. Unlike English, Punjabi sentences have an SOV (Subject Object Verb) structure. However, English sentences have an SVO structure. In Punjabi phrases, the subject comes first, followed by the object, and finally the verb.

Some Punjabi words are not appropriate for all situations. It is similar to slang, which is present in every language. However, the slang in Punjabi is more challenging to accept. The reason for this is that Punjabi slang words can have multiple meanings. As a result, you must understand the significance of the words you use, especially while speaking with the elderly.

“Hey!” (oey) ਹੇ is an example of everyday slang. It means “Hello!” It’s incredibly unprofessional and informal. As a result, you’ll only be able to use it with your coworkers. The following are some examples of common slang.

3. Difficulty In Differentiating The Meaning Of Two Words

Punjabi is a tonal language. Unlike other languages, it is not easy to understand the meaning of two words in the Punjabi language. The tone and pitch of the language are the main reasons that make the language a bit tricky.

Tone and pitch suggest a difference in meaning between two words. Otherwise, the given two words may sound the same.

The writing of Punjabi is in a variety of scripts. Moreover, Punjabi is also a rare language with two different writing systems.

In contrast to Punjabi and Hindi, many terms in other languages are rather easy to learn. As a result, native English speakers find both languages challenging.

On the other hand, Hindi speakers can learn Punjabi more quickly than English learners. Punjabi is India’s and Pakistan’s most widely spoken language. As a result, people who speak two languages find Punjabi difficult to learn because of its tongue twisters.

People ask you, “Is Punjabi difficult to learn?” for a reason. Punjabi features a lot of tongue twisters that a native English speaker would have a hard time understanding.

Work hard to master the language to pronounce these twisters fluently. Here are some twisted Punjabi sentences.

Punjabi literature is a collection of works written in Punjabi. Punjabi acquired written literature later than most other Indian subcontinent regional languages. The early writings of Punjabi by Sikh Guru, Nanak, are in Old Hindi rather than real Punjabi.

In addition, the Janam-Sakhi, a 16th-century biography of Guru Nanak written by his lifelong companion Bhai Bala. It is the first text that has its identification as Punjabi.

Punjabi is somehow easy to speak, but it is the most difficult language when it is to writing and reading. The sentence structure, vocabulary, and tone of the language sometimes create reading problems for native Punjabi speakers.

In this modern time, people prefer to use technology over books. However, some people still prefer books, but the writing style of Punjabi creates a problem. Thus, you have to master the Punjabi language to read a book without any hurdles.

6. Punjabi Typesetting Is Difficult To Master

Punjabi typesetting is challenging to master. It takes more than just translating text from one language to another to translate Punjabi documents. It’s more difficult to substitute one text for another in Punjabi because it employs a non-Roman script.

The Shahmukhi and Gurmukhi scripts, for example, require more vertical space than Latin text. Thus, you may need to adjust the arrangement to make the final pages appealing and easy to read.

Punjabi fonts can often be difficult to read. The characters may change if you go from one Punjabi font to another. It results in inaccurate or nonsense translations. That is why, before typesetting in Punjabi, it is important to study Punjabi like a native speaker.

Punjabi is written in India using the Gurmukhi script, especially connected with Sikhs. That script belongs to the Indic family of scripts and offers writing from left to right. However, Punjabi differs greatly from the Devanagari used to express Hindi in an organization.

In Pakistan, the Urdu script, written from right to left, is present to write Punjabi. The script is now known as Shahmukhi. As a result, Punjabi is now one of the few languages presented in two distinct scripts.

Language learning is difficult only in the beginning process. However, when you start speaking Punjabi, you will find Punjabi a piece of cake. With sufficient practice, you can learn Punjabi easily. Tell people that Punjabi is not difficult before they ask you, “Is Punjabi hard to learn?” Some practices that will help you learn Punjabi efficiently are below.

Learn Punjabi With Ling To Find “Is Punjabi Hard To Learn?”

On Ling, you can take the help of professional instructors for any queries. Basic conversations with Punjabi speakers will help you get to grips with the Punjabi alphabet and grammatical gender.

Thus, learn Punjabi with Ling and learn to speak Punjabi free of cost. Read more articles on Simya Solution’s Ling App “Punjabi words and phrases” and “Punjabi sentence structure.” So, what are you waiting for? Download the Ling app NOW and master this beautiful and fun language! 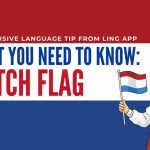 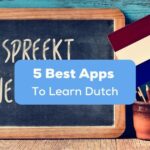 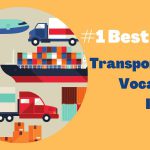 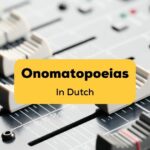 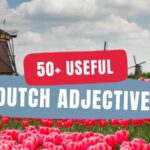 50+ Useful Dutch Adjectives & How To Use Them