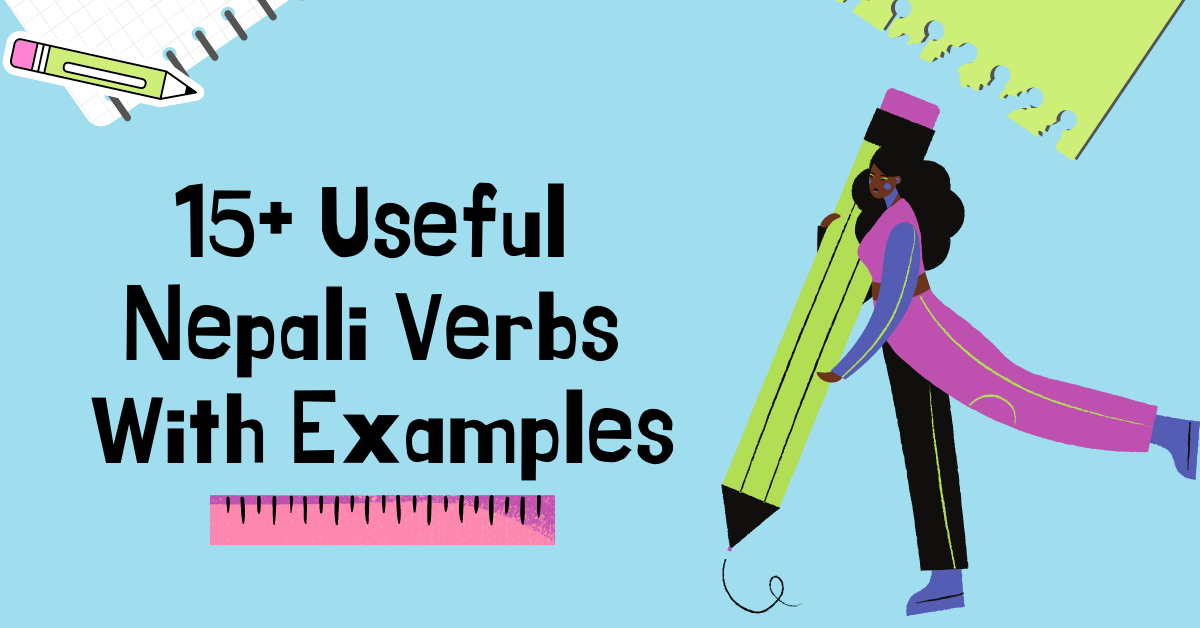 Do you want to learn how to conjugate Nepali verbs? Then, you have come to the right place! Scroll down and see the complete Nepali short lessons with valuable examples.

Learning Nepali verbs (नेपाली क्रिया - Nēpālī kriyā) with grammatically correct phrases is very important because its structure is used in daily conversation. So, the more you try to master it, the closer you get to mastering the Nepali language. But first, we need to know the role of verbs in the grammar structure in the Nepali language.

Nepali verbs are those words that convey the action (run, read, walk, bring) or state of being (stay, exist). In most languages, the verb can agree with the person, gender, and/or arguments, including the subject or object.

What Is First Person, Second Person, And Third Person?

The first person, second person, and third person are the forms of expressing points of view.

Here are some Nepali verbs examples according to different forms (past, present, and future tense):

In the Nepali language, the past tense is called भूत काल (bhūt kāl). For instance, phrases below in the English language indicate actions that existed or happened: Sarah ate the chocolate.

Future tenses verbs are used to express that something is going to take place in the future. The variances in future verb tenses depending on whether this action will be completed at a specific time or ongoing. The future tense in Nepali is called भविष्य काल (Bhaviṣya kāla).

The process by which a primary verb (also called a lemma) is inflected to designate the person, mood, time, etc., is called conjugation of the verb. The resulting form is called a conjugated when a primary verb (usually infinitive) is conjugated. Nepali conjugates the verb on a large scale because the structure of the sentence is carried by it.

Below is a list of conjugated verbs present, past, and future in Nepali placed in a table. Memorize this table so that you can add beneficial and essential words to your Nepali vocabulary.

Learn More About The Nepali Language And Nepal

Verbs in the past, present, and future have a significant role in the Nepali language. Once you have finished learning the Nepali verbs, you may check the Nepali sentence structure and pronouns. You will be amazed at how quickly you can learn to master the Nepali language with the courses from the Ling app.

If you are eager to go from beginner to fluent Nepali in a reasonable amount of time, you will need a proven study method and daily dedication. Learn Nepali with Ling App from Simya Solution, and it will show you how to teach yourself Nepali in an organized and efficient way.