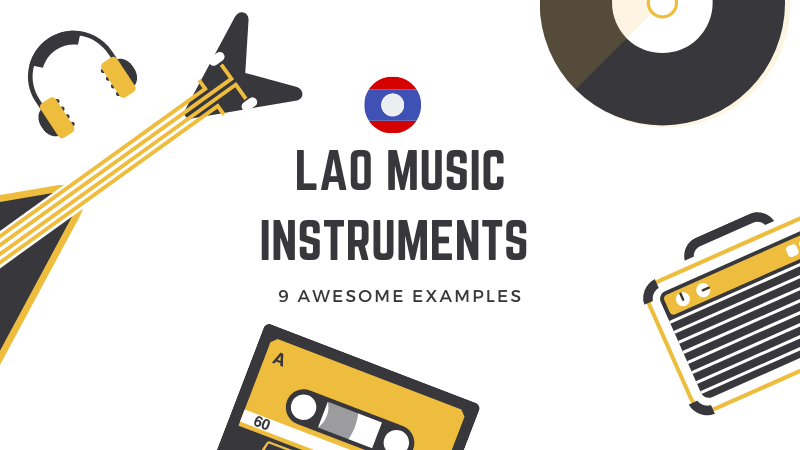 If you want a solid place to start with new vocabulary in your target language, you can't go wrong with learning the basic Lao music vocabulary. Today we're going to focus mainly on musical instruments, but we're also keeping in mind some elements of Lao traditional music as well as the current music trends. By the end of this post, you will be able to converse with the locals and speak confidently in matters relating to music. As Shakespeare said: 'If music be the food of love, play on.' And that's exactly what we're going to do. Let's go!

The first thing to say about the music of Laos is that it is very similar to other types of music in the region, particularly Thai, in both the types of instruments used and themes contained within the music.

The literal translation is 'expert singer,' although it should be considered folk music. A lot of mor lam music focuses on the theme of unrequited love, often from a rural perspective.

A common musical instrument to accompany mor lam was the mouth organ or khaen. There is also usage of a xylophone or lanat ek. Also included are percussion instruments or lam tang vay.

Mor Lar was born in the Lao heartlands. The story of the music's past is complicated because it's challenging to know exactly when it appeared. Like many other musical styles, it gradually evolved, and there is no delineating line between the old form and the new form. Specifically, it's difficult to tell whether the influence was more from Tai tribes or Khmer Indian and Malay influences.

Mor lam has not always been for purely innocent purposes. In the Laotian civil war, mor lam singers included propaganda in their performances. Because mor lam is appreciated mainly by the rural population, it could get them on board for a guerilla war.

Mor lam has changed throughout the years and become more pop-based with electronic instruments instead of traditional musical instruments. Songs have become bite-sized as opposed to long festival-like pieces. Mor lam has also had to move with the times to survive(something much criticized by more traditional fans). Instead of focusing on a more innocent conception of love and family values, the content has become more sexualized).

Here is an example of traditional mor lam music.

This is different to mor lam because it was the music played at the King's Court. Traditionally the music was more Khmer influenced because King Fa Ngum was educated in Cambodia, so he was more familiar with ancient Khmer traditions. However, that changed when Thailand invaded Laos and brought their own musical traditions with them.

When the communists took power, music was banned at the King's court as it went against the tenets of communism.

As Lao began to open up in the early 90s, its music scene became more vibrant and moved away from the indigenous classical tradition, and vocal traditions also changed. Until then, a lot of the music was highly jingoistic. However, when the communist government introduced capitalist reforms, private record labels were able to form, and live venues could stage gigs.

The first Lao music awards were held in 2008, which went a long way to encouraging future artists. In fact, it was such a big deal it was shown on Lao national television. This event is still held annually.

Lao pop music's biggest influences have been Korea, Japan, and Thai pop. K-pop, in particular, has exploded in popularity in recent years with bands like BTS and Blackpink. They went from dominating the Asian charts to even dominating European and North American charts.

Kpop follows a formulaic approach. Look out for catchy beats, a rap break, and a dance break. The lyrics are often a combination of Korean and English. However, in recent years English has been seen more and more as Korean producers have made inroads into English-speaking countries. Different bands play different types of music, with none of it being too extreme and instead accessible for casual listeners. There are influences of rap, R&B as well traditional bubblegum pop.

The undoubted Queen of Lao Pop is Alexandra Bounxouei. Her story is unique. She was born in 1987 to a Lao father and Bulgarian mother. Her first album 'Dream' sold 200,000 copies, and her next 'Forget It' sold 150,000.

Her career has taken a bit of a sideroad since she became involved in humanitarian work. As mentioned in previous articles, Lao has a big problem with UXO or unexploded ordinance. The singer has raised awareness of the issue in many benefit concerts since then.

Before we go any further, it's worth saying that a great way to learn Lao, other than our app, is to find yourself a good Lao karaoke song. Many singers learn English by first imitating their favorite western artists. It takes away the tedium of simply reading and listening to an audio CD.

Of course, listening is still essential, so all of our content at the Ling App is recorded by native speakers. We also have SRS flashcards that help improve your active recall of vocabulary as well as grammar practice within the app. The function that users comment is particularly useful is our chatbot.

If you hadn't noticed, Lao also has a different script, but don't fear; we also have a trace function in the app that allows you to get to grips with the alphabet.

This blog is updated weekly, and we have articles on everything from greetings in Lao to job titles in Lao. Read on and start learning more about this unique language!