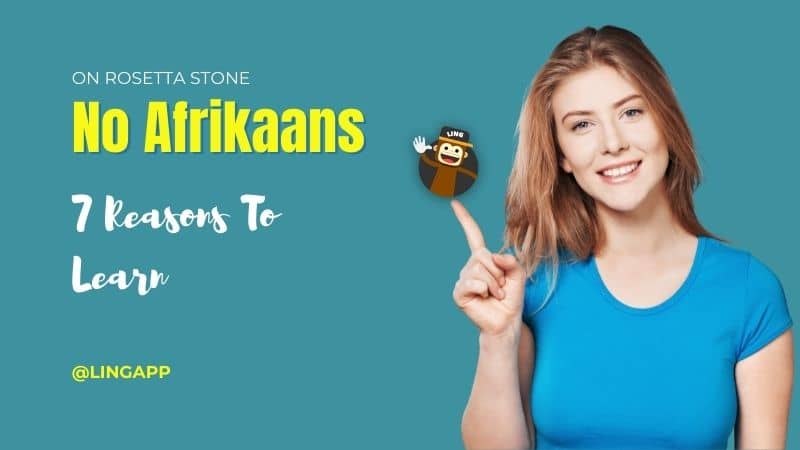 The History Of Rosetta Stone

To avoid some confusion, it is worth mentioning that there is an actual Rosetta Stone that the language learning company is named after. The original Rosetta Stone is a rock dating back to ancient Egypt that has 3 ancient languages carved on it, all outlining the same message. Because all three languages have the same message, it has been an invaluable tool for archaeological translators.

However, the Rosetta Stone we're interested in is the oldest, longest surviving language learning software. The company was founded in 1992 by Allen Stoltzfus, a computer whizz who wanted to bring language immersion concepts into the computer age.

The company started by sending out CD Roms to language learners before moving into the app market. Rosetta was listed on the New York Stock exchange in 2009.

Afrikaans is a very curious language. It is spoken in a few countries on the Southern tip of Africa(the main one being South Africa), making it one of many African languages; however, it evolved from a Dutch dialect. To understand how this came about, you have to know a little of the history. Dutch settlers came to South Africa and brought the language, and then because it was cut off from Holland, it began to morph into its own dialect over time. 90% of the vocabulary is still Dutch, and differences lie in grammar, pronunciation, and morphology. There is mutual intelligibility between the two, although it isn't perfect.

Why Should You Learn Afrikaans?

What Are The Alternatives To Rosetta Stone For Learning Afrikaans?

So we know an Afrikaans Rosetta Stone course isn't coming any time soon. So how are you going to learn a second language?

Ling is undoubtedly the best option for Learning Afrikaans. We weren't content to stop at 20, 30, or even 40 languages. Ling has 60 languages, all designed and developed by a dedicated team. This may shock you, but native speakers record all our audio. That means no awkward accent.

This is unique among instant immersion Afrikaans courses. Along with audio, we have speaking, writing, reading, and grammar practice. Subscribe now and gain access to Afrikaans as well as the other 60 languages.

Keep following our blog. We don't have an Afrikaans blog, but you might find useful things like other app reviews: iTalki vs. Quizlet and general language tips: 5 best languages to learn in 2022.

More From The Afrikaans Blog