Nepal is an Asian country with a diverse culture and customs. These two factors influence every aspect of Nepali society’s life. If you visit Nepal or want to date a Nepali person, you should know Nepali dating customs that show cultural differences from the rest of the world.

While dating in Nepali culture, several norms and practices must be followed. Indians have a long and traditional culture that continues to this day. But the younger generation has likewise altered their dating customs.

Nepal is one of South Asia’s three landlocked countries. It is situated in the Himalayas, with China to the north and India to the south, east, and west. The native language of this country is Nepali.

If you are unaware of Nepali culture while dating Nepali men or women, you might encounter cultural problems. That’s why before going to Nepali, you have to learn Nepali and their traditions well. You can use the Ling app, a learning app that can quickly help you understand the Nepali language.

The dating culture or Nepali dating customs has evolved. As a result of modernity, parental participation has been reduced. However, because Nepal has a strong culture and customs, the dating regulations have remained mostly unchanged.

Nepali parents enjoyed bringing two young people together. In the past, two parents would get together and set up a date for their kids. You’d meet and converse a couple of times before getting married. Nowadays, Indian parents let their children date and find their partners. Even touching another person’s shoulder (Opposite Sex) was one of Nepali taboos, but things are not like that.

Marriage – A Long And Honourable Tradition In Nepal

It is an honorable tradition in which all family members are gathered to wish a couple of happy life ahead. The family is typically served with a variety of foods. Who will get married first? The older sister or brother of the family is more likely to get married first. It is a national psyche. Guesthouse owners are benefitted when the wedding season comes.

It is common in urban areas of the country, but Nepalese girls or boys are married to their parents’ will in rural areas.

Secrecy While Dating Someone

In some parts of Nepal, dating is still a big taboo. Dating couples desire to keep their relationships private. The level of secrecy varies depending on how tight and conservative their local culture is regarding dating.

Being single in Nepal is an unpleasant experience. Being unmarried in Nepal means you must be prepared to face social judgment. Women are considered impure. It is one of the Nepalese customs that only women bathe underneath the river to clean any impurity. It is called Rishi Panchami rites. Manohara river in Kathmandu is where hundreds of women get together to become pure and clean again.

Men have it more relaxed than women when it comes to being single. Men are subjected to less criticism and condemnation.

Date The One With The Same Religion

The most ethnic groups in Nepal are Hinduism (worship Hindu goddess), Buddhism, Christianity, and Islam. Temple precincts are way more calming than many western hills for Hindus. At the same time, a Buddhist stupa is a sacred place for people following Buddhism.

If Nepali men date a Nepali woman of different religion, they might face cultural problems. There is ritual pollution in Nepal as well. High caste Hindus are considered more sacred than Hindus of the lower cast. Dating someone from a different caste is not acceptable for parents and family. Being a family member, you have to take great care of your family’s emotions.

Although the Nepali dating scene is not yet well-established online, there are dating services where you can meet attractive women. Nepali women are stunning and have an exotic appearance. This is the reason why many guys from all over the world aspire to date them.

After meeting a partner online, you can set up a date, and if everything goes well, you can visit tourist zone with each other. You can have a long walk on tourist trails and aspire to the beauty of Nepal together. But, be aware of bona fide baggers. They occasionally approach foreigners. You have to take care of your partner if you are one of the ungroomed travelers.

Nepalese dating rules and customs differ significantly from those of other Asian countries. Although they are similar in some aspects, Nepal has its own culture that determines and distinguishes the standards for marriage, courting, and dating. Although the older and younger generations may hold opposing viewpoints on dating culture, they all adhere to it.

After reading Nepali dating customs, you might want to find a way to talk to Nepalese. You can learn Nepali through the Ling app. It is an amazing language learning app developed by Simya Solutions.

Learn through mini-games and puzzles that will help your brain relax and incorporate as much information as possible. Its chatbot system can help you to talk to natives of your target language. That’s how you can develop conversational skills by using the app. With its exercise and quizzes, you will get a chance to assess your success.

If you want to search more about the Nepali language and culture, you can read our blogs on “common greetings in Nepal” and “introducing yourself in Nepali.” Visit our website or download the Ling app today and start learning your target language with us! 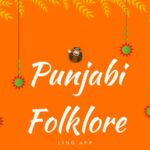 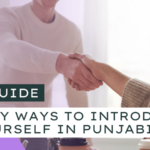 Easy Ways To Introduce Yourself In Punjabi – #1 Guide 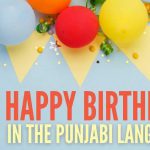 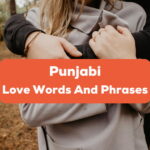