Did you remember when Mi Ho said “Thank you” to Dae-woong when he gave her meat? Dae-woong said, “You’re welcome,” with a smile on his face. This proves that being able to do good to someone, especially if that person is important to you, can also make you feel good.

“Thank you.” (고맙습니다 | gomapseumnida) “You’re welcome” (천만에요 | Cheonmaneyo) is probably one of the most common conversations you’ll hear when you are in Korea. It is not new to us that Koreans values politeness and respect. It is well reflected in the way they act and speak. One perfect example is saying “Thanks” and “You’re welcome” in Korean.

In the past blog, you have learned how to say “Thank you.” (고맙습니다 | gomapseumnida) in Korean, but this blog/lesson, you will learn how to say You’re Welcome in Korean for free.

Why Should You Say You’re Welcome?

When we were young, we were taught to be grateful even for the simple things in life. It is a polite way to express our gratitude to someone. But we somehow forget that saying “You’re welcome” is also as important as saying “Thank you.”

Being there for someone is what everyone needs right now. They can count on a person they can count on, a friend whom they can ask for help when they need one, and support during those hard times. Saying “You’re welcome” every time you are being thanked is a simple way to do it.

How To Say You’re Welcome In Korean?

In everyday conversations, we often hear a lot of people saying “Thank you” and “You’re Welcome” in Korean. You can hear it when you are shopping, dining in a restaurant or even small food carts, asking directions on the street, and even when you just helped a random stranger with a small favor.

Just like what is stated above, Koreans are known to be polite. This just means that they actually practice politeness in everything they do. So, in learning to say “You’re welcome in Korean,” please remember that they do it differently. In spoken language, they practice the Korean politeness levels, determined by the age and social hierarchy of the person you are talking to. They have the formal form, standard form, and informal form.

So, let’s start learning different words and phrases you use to say You’re welcome in Korean.

Cha Soo-Hyun: I still owe you.

This line is from a Kdrama entitled “Encounter.” In this scene, both of them do not know each other. Cha Soo-Hyun almost fell while watching the Sunset in Malecon Beach because she fell asleep after taking a sleeping pill before leaving her hotel. Lucky her, Kim Jin-Hyeok helped Cha Soo-Hyun and let her sleep on his shoulder, even if they were total strangers.

Let’s start with the formal way. Suppose you have been studying Korean culture for a while or have been exposed to their culture through Korean dramas and movies. In that case, you probably know that Koreans use the formal form of spoken language when talking to people much older than them or people in the higher social hierarchy. The formal form is also used to talk to strangers to show politeness, like in the scene above.

This is the highest level of Korean politeness level.

So, if you want to learn the formal ways to say You’re welcome in Korean, see the words and phrases below.

You are probably wondering why Koreans say “No” as a response to “Thank you.” The locals usually say “No) (아닙니다 | Animnida) to respond when someone said, “Thank you.” This is the most common way to say You’re welcome in Korean, which you can hear a lot in everyday conversations.

Because this is the formal way, it is the best word to use by foreigners or beginners in learning the Korean language. It is also the best form to use when you are in a formal situation such as business and workplace.

This is another way of saying You’re welcome in Korean. Again, this is formal, so you can use this phrase to accept the expression of gratitude from other people. You can never go wrong in speaking formally because this will give an impression that you respect them and their culture.

Do you experience feeling indebted to someone that you feel you could never thank enough for the good thing they have done for you? We’ll this is the right phrase to say. It is a formal way to say You’re welcome in Korean if you want to take it to a higher level.

Seo Dal-Mi: Thanks so much for everything today.

The lines above are from the Kdrama “Start-up.” In this scene, Dal-Mi is thanking Nam Do-San for saving their company from a Ransomware attack. They used to work in one Start-up, and they also used to be lovers. After not seeing each other for a long time, this scene reunites them. Because of the awkward situation, they can’t be too formal or informal with each other. It would be good for them if they use the standard way.

The next group of words and phrases that we will learn is the standard ways to say You’re welcome in Korean. The meaning of these words is almost the same as above. The only difference is the Korean character 요 (yo). This makes the word or phrase sound polite.

You already know what does this word means when translated into English, but you have to make sure that you’ll pronounce it right. Instead of saying “no” in a sharp manner, try prolonging the first syllable. So, instead of just saying Anieyo, you’ll say A…nieyo. This way, it will sound more pleasing.

You might already know this word’s meaning based on the blog about saying “Sorry” in Korean. Yes, this might be used in different situations, but it can also be used as a response when someone says: “Thank you.”

By saying this, it’s like saying everything is okay and they should not worry because you’ll always be there to help. This will make them feel that they did not cause inconvenience to you and that you only did that out of your love and concern for them.

Jung-hwan: Taek, thank you for today.

Choi Taek: No need to.

Loving someone doesn’t mean you don’t get angry with them. It means that you can’t get mad at them. This episode of the Kdrama Reply 1988 has surely set the standard for how friendship should be. Just a quick back story, Jung-hwan, and Taek are childhood friends together with three other people. But, Jung-hwan discovered that they both love the same girl. He can’t do anything that will ruin their friendship, so he just chooses to hide his feelings.

One day, Jung-hwan’s dad had to go for an operation because he hurt his back, and there were no available doctors to do that. Thankfully, Taek has pulled out some strings and asked for a favor from a doctor he knows, even if he hates asking for favors. This just simply means that caring and helping out somebody should be pure. A true friend will always have your back, no matter what.

Since we are talking about friends, let us learn the formal way to say You’re welcome in Korean.

Similar to above, 아니야 (Aniya) means “No”. The only difference you’ll find is the absence of the Korean character 요 (yo) which makes it casual. Remember, you will only use the informal form when talking with your friends, people who are close to you, people younger than you, or people who are the same age as you. Using informal words to elders and strangers is something disrespectful, so you should really be careful.

The Kdrama above also taught us that it’s alright to be indebted to others because there will also come a time when you can return that favor to the people who helped you. It may sound cliche but let’s always remember that no one is an island. Asking for favors and help from others is okay if you don’t take advantage of them.

Saying “It’s alright.” is another way of saying, “You don’t have to worry about it. I will always get your back.” or “I know you’ll do the same when you’re in my shoe.” So, try doing this more often.

English Translation: No need to.

Another way of saying You’re welcome in Korean is 필요가 없어서 (Pil-yoga eobs-eoseo). It is like saying, “You don’t have to thank me because I’ll do everything to make you feel how important you are to me.” Isn’t it nice to hear it from someone you really treasure?

Other Ways To Say You’re Welcome In Korean

Did you learn a lot from the words and phrases above? Here are some more ways to say You’re welcome in Korean.

Giving gifts is very prominent in Korean culture. In most celebrations like birthdays, anniversaries, promotions and others, giving gifts makes the person concerned feel loved and appreciated. So, when someone says, “Thank you.” after you give your gift, you can easily say “별거 아니에요 | Byeolgeo Anieyo).” Of course, it is something special, but you must be humble because people are too shy to accept expensive gifts. They are worried about causing inconvenience to others.

English Translation: Thank you for inviting me.

The last one is quite different because it uses verbs. This is applicable when somebody invites you to an event, and they say, “Thank you for coming.” The polite way to respond is by saying 초대해 주셔서 감사합니다 | (Chodaehae Jusyeoseo Gamsahamnida). This makes them people that you are grateful to and enjoy being there.

Did you know that recently, Korean actor Park Seo-joon was announced to be starring in a Marvel film? Isn’t it great? This is just proof that the Korean culture and talents are being recognized in Asia and the whole world. So, why not help yourself learn the Korean language now? If you want to sound like a native Korean, Ling App is here to help you.

Ling app will truly be your study buddy to learn Korean with various topics available, fun, and mini-games to make learning engaging, audio, and visuals to support your learning. If you want to know more, go grab your phone or computer now and start learning Korean through the Ling app.

Download the Ling app on Play Store or App Store and practice sounding like a native Korean! 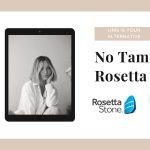 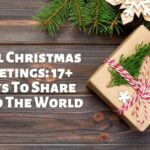 Tamil Christmas Greetings: 17+ Ways To Share Joy To The World 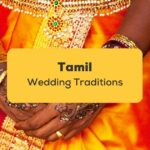 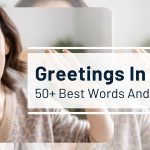 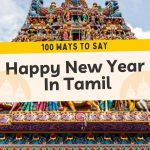