Would you be interested in some of the most important Korean cuisines? Why not start from the epic and healthy Korean breakfast which has won a million hearts globally? Breakfast in Korea is a very healthy and convenient meal that will start you for an entire day of work with a lot of energy. So let’s get started!

what do koreans eat for breakfast?

Koreans are regarded not only for their appearance, K-pop, K-dramas, and gigantic technology but also for their love of food. Mukbanks and food-related variety shows are popular around the world due to the uniqueness of Korean cuisine.

Many Koreans believe that food is the most effective medication. This theory has existed for many years, and it is widely perceived that our health and illness are linked to the food we eat.

A Brief History Of Korean Cuisine

Korean cuisine evolved over the ages and is based on old agricultural and nomadic traditions from the Korean peninsula and southern Manchuria.

Korean Cuisine has been influenced by the old court or royal court’s sophisticated customs of cooking. Where food is properly examined and balanced, with particular attentiveness paid to spiciness, temperature, texture, color, and as well as presentation.

Ingredients and cuisines differ by province, but they may spread across the country too.

Korean Food And Side Dishes

You’ve probably seen in K-dramas where the main dish has surrounded other several side dishes that are carefully chosen to balance each other.

There could be a number of side dishes, from 2-3 to up to 10 also, and all of the food is served once like a buffet in a hotel.

What Do Koreans Eat For Breakfast?

Koreans take their food seriously, so it’s no surprise that they regard to breakfast, or the first meal, as an important meal of the day.

That is why traditional Korean breakfast is amongst the healthier ones on the planet, with a focus on vegetables, meats prepared simply and without much oil, and a nigh obsession with fruits and vegetables.

Fresh ingredients, cooked broths and stews, and soy sauce, which gives rich, powerful flavors to the food, are typical of Korean breakfast recipes.

Soy sauce has traditionally been the most prevalent seasoning, despite the usage of other sauces and spices such as soybean paste (doenjang), garlic, sesame oil and sesame seeds, and chili pepper paste (gochujang). Meat, soup, steaming rice, and vegetables are the staples of Korean cuisine.

You’ve probably guessed that all of these ingredients are commonly found in the traditional Korean breakfast you see in K-dramas by now.

Let’s move on to some exquisite modern as well as traditional Korean breakfast recipes so you know what to expect with your tea or coffee in the morning.

A typical Korean breakfast consists of rice porridge as the primary meal i.e 죽 (Juk). Porridge is commonly thought of as baby food. Simple to prepare and digest.

Citizens of Asian countries normally eat porridge when they have a fever. Because rice porridge is a typical cold remedy in many Asian nations since it is easy to digest.

Similarly, many Koreans, on the other hand, like a bowl of rice porridge in the morning to soothe their tummies after a night of greasy and spicy food with kimchi-pickled cabbage

Kimchi, or spicy pickled cabbage, is Korea’s sour and spicy main dish that is virtually usually offered at every meal. In South Korea, kimchi comes in an unending variety of regional variations and is consumed as a side dish or cooked into soups and rice dishes.

If Koreans don’t have anything to eat at home for lunch and dinner, they add kimchi to taste in a pan after they have stir-fried the bowl of rice. TADA! A simple meal is ready.

Make a quick dinner. TADA, your lunch is ready. After you have stir-fried the bowl of rice.

Because fermented foods can last for years and Koreans prefer spicy food, most Koreans make enough kimchi to last for the whole winter season.

This creamy porridge is a deliciously comforting Korean dish.

This is a really fantastic Korean breakfast if you want something good and nourishing in your system before beginning the day, and it’s made with rich chicken stock and packed with vegetables. They are simple to consume. In Korea, chicken porridge is commonly consumed by medical patients and children.

The primary ingredient is Chicken along with some garlic, green onions, and rice.

Because Korea is the home of kimchi, kimchi fried rice is one of the must-try Korean breakfast recipes! To give more texture and flavor, a variety of meat and vegetables are used. It’s one of the most popular ways to eat kimchi that’s been matured and ripened.

Many Koreans eat leftover rice and other leftovers from the fridge. Fermented kimchi juice is the greatest way to season the rice. This pan-fried dish can also be spiced up with gochujang (Korean chili paste) and gochugaru (Korean chili powder), depending on personal desire.

In Korea, kimchi eggs are a simple dish with a sweet and spicy savory flavor that will have everyone dreaming all day.

In a heated pan, scramble several eggs with plenty of kimchi. The kimchi releases all of its pungent flavors as the eggs set. These kimchi eggs can also be served over fluffy rice with fresh herbs for a substantial breakfast. However, with this dish, Koreans with a big appetite sometimes eat rice too.

Many Koreans enjoy this convenient grab-and-go breakfast, especially working people and students. This egg roll dish is basically a rolled-up egg pancake that can be loaded with cheese, ham, or vegetables. It also goes well with the fried eggs and is consumed for lunch and dinner too.

Since the world has become more modernized. As a result, most Koreans, particularly the younger generation, prefer bread to rice for breakfast. Breakfast dishes for Korean bread are listed below. It’s just one step away from becoming the national dish of Korea.

Street toast isn’t a typical sandwich but one of the famous Korean breakfast foods. In South Korea, it’s a popular street snack served by numerous street vendors -a great breakfast lunch or snack before dinner option.

When you combine egg, cheese, and ham with a plethora of vegetables snuggled between buttered toasts, each mouthful reveals a wonderful blend of sweet and savory feelings. Koreans may also have spicy dipping sauce as a side dish too with this dish.

However, the difference is the fried egg and scrambled egg in these two dishes. Eggs are popular in Korea, and they can be served at any time of day.

This traditional breakfast can also be served with cabbage and a light sprinkling of brown sugar for sweetness as a garnish.

Simple! But we bet that you will find it addictive after one try.

This delicious egg bread recipe is a must-try if you like the thought of protein-packed breakfast pieces. Fill muffin cups halfway with a simple batter (all-purpose flour, eggs, fine salt, and baking powder). After that, bake it until it is light and fluffy. This egg bread can also be deep-fried until they are light brown.

It’s time to serve your moist muffins or egg bread with a hard-boiled egg nestled in the center. Pine nuts can also be used as toppings for a hearty breakfast.

You’ve probably seen a few of the after-scenes in Korean dramas of a really harsh drinking session. And must have seen the legendary hangover cure (haejang guk), which most Koreans prepare as a breakfast starter for their loved ones after the night they are drunk

They are, in fact, soups. This hangover soup treatment consists of several different types of soups that will help the stomach reset after a night of too many shots.

Dried pollack, Korean radishes, bean sprouts, eggs, and other ingredients are the main ingredients of the soup The Haejang juk soup can also be made hot, which is ideal for healing a hangover.

Ramyun is the soul meal of Koreans. They are huge fans of quick noodles! It’s a terrific light snack, we agree! Many K-dramas have scenes where characters prepare delicious-looking ramyun, and it never fails to make you hungry.

Well! Many Koreans choose instant noodles in their rooms for breakfast instead of the hotel menu.

In the blink of an eye, it’s as easy to prepare as you can think. Simply add boiling water to a cup of instant ramyun to make noodles. You receive a dish of excellent and spicy noodles in no time, no matter how you prepare it!

For many Koreans, especially while traveling overseas, quick food is a must-bring companion.

In the mornings, many Korean workers are rushed and leave their homes without having eaten breakfast. Instead, they grab a cup of coffee on their way to work and sit at their desks to enjoy it.

Getting hungry now? Why not try these delicious Korean breakfast foods? You have learned all that you need to learn about Korean breakfast. If you want to learn more about South Korea, Korean culture, or the Korean Language, then check out Ling app. On Ling App, you will get access to the most important things about this language that you might not be able to access otherwise. We bring you The core elements of every language which will help you learn new things every day!!!! 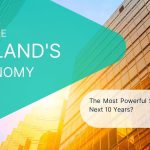 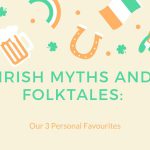 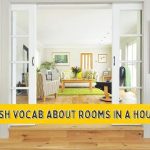 Easy To Learn Irish Vocabulary About Rooms In A House: 300+ Words 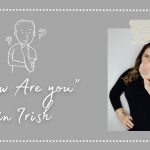