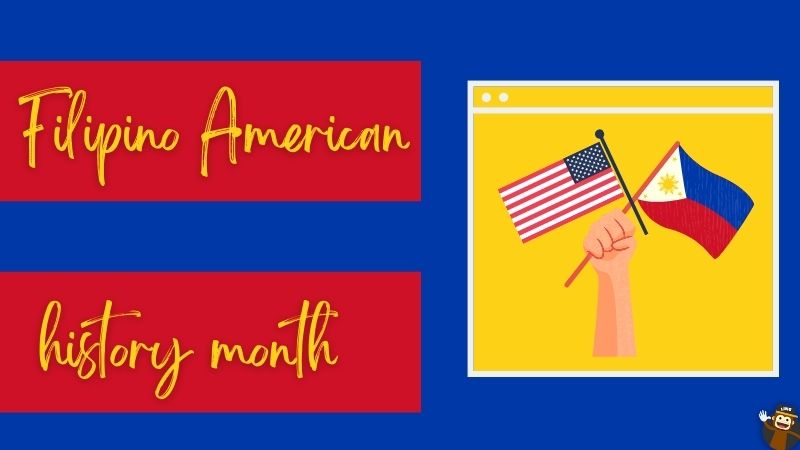 Are you interested in knowing about different events which can help you get closer to the Philippine culture? One such event is the Filipino American history month that you should know about. In this blog post, we will walk you through all the important aspects of the Filipino American movement and Filipino immigrants so let’s get started!

Each year, October is dedicated to Filipinos living in America who are contributing only 1.1 percent of the continental United States!

Why is such a small community given that much significance? You must be curious about Filipino American History? Then keep reading the article below for the answers.

Many of us are uninformed of history, but the forthcoming Filipino American History Month at the Library of San Francisco seeks to alter that. During COVID last year in the locality of the Bay Area, the library brought together celebrations and honors for the Filipino American community.

The Arrival Of Filipinos

According to the first recorded presence, Luzones Indios was the first individual to set foot on 18th October 1587 in the Morro Bay California, in the continental United States. Luzones Indio was the name of Filipino-Americans back then.

During the Manila-Acapulco galleon trade, they were mostly Filipino seamen enlisted in the Spanish navy as native laborers.

In the late, 1800s the first Filipino Americans arrived in the US. Then sugar plantation work in Hawai recruited Filipino Americans. In the early 1900s, Filipinos began migrating to the mainland U.S. where they found work as farmworkers and laborers in California.

They also faced racism and discrimination from whites and other Asian Americans during this time.

Many of us are uninformed of history, but the forthcoming Filipino American History Month at the Library of San Francisco seeks to alter that. During COVID last year in the locality of the Bay Area, the library brought together celebrations and honors for the Filipino American community.

Present Diaspora Of Filipinos And Their Language

Today, there are about four million Filipino Americans in the U.S. around about One and a half percent of the country’s population. They speak several different Philippine languages, such as Tagalog, Bisaya, Ilocano, and Kapampangan, among many others.

Each year at the beginning of October, Filipino American history month is commemorated to honor Filipino Americans’ achievements in the United States. This remembrance also serves as a reminder of their struggles and tribulations in America.

Therefore, the entire month of October is observed to celebrate Filipinos and their contributions and educate others about the unique experience of being Filipinos in America.

In 2009, the U.S. House Of representatives declared the month of October to Filipinos. Since then, multiple states have also issued proclamations and resolutions making October a month of Filipino American History Month.

How Filipino American History Month Was Recognized In The State Of California?

In the beginning, three notable individuals (Late Dr. Fred, wife of Dr. Fred, and the Founder of FANHS) presented resolutions for celebrating History Month in October in National Board of Trustees in 1992

The year, 2006, is then marked as the granting of Filipino migration to America. October commemorates recognized country-wide in the year 2006 in California when the

This portrayal in the library of Filipina’s Heritage shows the contributions of Filipinos in WORLD WAR II where how soldiers jumped to the battleground alongside American Allies. This exhibit also shows their contributions to American civil rights struggles and how they value themselves in their quest for dignity.

Last year in the summers, NEA acknowledged Filipino-American pedagogues at the Joint Conference of examination of Minorities and Women.

Philippine Studies Department at City College of San Francisco, the only department was proposed for the creation by, and prolonged by Filipino American students and the community around the 1950s.

Filipino People’s Far West Convention at Seatle University, 1971 is regarded as the birthplace of the Filipino American movement where approximately 300 young people From the US-West Coast took part in it. It brought forward concerns such as anti-martial law and Filipino farmworker rights.

Here are the reasons why Filipinos were awarded the dedicated month.

Societal Contributions Of Filipinos In America

Despite the challenges, Filipinos persevered and made a significant allowance to American society. Did you know that the largest Asian American group comprises Filipino Americans? Well, now you do!

Filipinos have also made significant grants to politics, business, and academia.

To be a part of the Hollywood film industry is a dream of many. People work hard and struggle a lot to be a part of Hollywood. Likewise, Filipinos also play a vital role in the Hollywood industry. They share their culture and heritage through these movies. And spread love and dignity all around the world.

The Theme For The Month

The commemoration of Filipino American History Month has no special subject, yet it is significant and widely observed.

How To Observe Filipino American Month?

If there is no theme to this month then how one can celebrate this month of October? Don’t worry we got your backs. Below are some activities you can do to tribute the Filipino American month.

Here are a few stories of Filipino Americans.

The Delano Manongs narrate that Larry Itliong was the farm labor organizer with a set of Filipino farmworkers who introduced American farm labor movements in fine fettle. The strike of Delano Grape (1965) resulted in the united farm works Union.

Island Roots is a documentary about the immigration story of a young man to the U.S. in the 1920s and 1930s. They ended up in Bainbridge Island, Washington, where they jobbed as Japanese American strawberry farmers and prompted a captivating seasonal migratory lifestyle.

Learn about Filipino veterans’ experiences of World War II and the challenges they encountered afterward.

Prades, songs, festivals, and feasts are all part of any type of celebration then why not hold them this month for the Filipino-American community.

Learn About Filipino Artists In America

Praise the Filipina and WWII descendants.

“Every war is a war on women,” -M. Evelina Galang, is a Filipina American fiction writer. Philippines Free Press’s Warriors (1946). Filipino Women’s Cultural history Library During WWII, Filipinas took on a variety of positions and tasks. Several of them collaborated as healthcare staff or nurses for Filipino and American guerrillas and POWs.

Finally, Share About Filipinos American On Your Social Media

The Natural History Museum of Los Angeles County is grateful to participate in the major national festival of the Filipino American community. The commemoration of the History Month in October. All across October and every year, memories from the past events are decided to share in honoring the flourishing Filipino community that considers Los Angeles home.

Attend this event. Post a comment on social media by expressing having your own good stories about Filipino history and culture with the hashtags #NHMLA and #FilipinoAmericanHistoryMonth. You can also stay up to date on upcoming events. And can also share the event schedule.

Well, this was the overview of Filipino-Americans. If you ever happen to visit America in the month of October then reading about the history and importance of this month is a must drill to do before your travel.

That’s it for this blog post. If you would like to know more about the Tagalog language or Philippine culture then find your way into the deep and magical alleys of Ling App. On the Ling app, we ensure that you get to learn as much as possible. We have different language lessons which can help you in your everyday life. We have the eye to recognize your strength and hence work on that. Living in the Philippines demands you to speak Tagalog like a pro! Upgrade your learning process now! 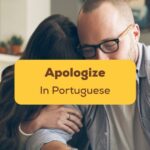 #1 Incredible Guide On How To Apologize In Portuguese 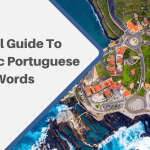 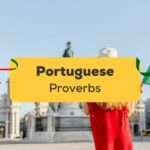 Easy Portuguese Proverbs To Try Out This 2023! 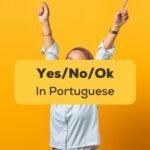 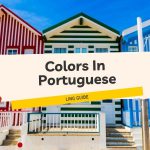 20+ Best Words For Colors In Portuguese 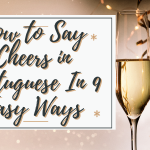 How To Say Cheers In Portuguese In 9 Easy Ways