Talking About Thai Food: The Names Of Meat In Thai One thing that may become obvious for those who read through the different topics here, is how much I love talking about food. Thai food, that is. There is nothing better than going out and finding the different snacks and meals that are being sold by the roadside. As plentiful as Thai salads are, another popular food is the meat. But what are the names of meat in Thailand? Let’s each explore our carnivorous side by delving into some Thai food vocabulary.

Many of the popular foods in Thailand consist of meat or have some type of meat in it. As such, you are often asked which type you want to be used to make it. Short of doing an impression of the animal in cases like this, knowing the names of meats in Thai will come in very helpful when ordering your food. If you are looking for curry, stir-fries, or some other Thai dish, why not make it your own?

As you may know, the name of animals and their meat are different in English. However, you will see that this isn’t the case as you learn Thai. This will seem very weird at first when you refer to an animal in the same way as the meat you eat from it. I guess this is a good thing when thinking about where our food actually comes from.

Now, there are several different types of meat that are common in Thailand. Actually, you can likely find all different kinds, but many are expensive and difficult to find. The meats you can most often find from a general stop at a shop in the country include chicken, pork, duck, beef, and buffalo, as well as shrimp, fish, and other seafood. Deep-fried insects are commonly eaten as a snack too, but we can cover that another time.

Of course, if you are a vegetarian or a ‘mang sa wi rat’ (มังสวิรัติ) as it is known in Thai, you should familiarize yourself with the phrase ‘I don’t eat meat’, which is ‘chan mai taan nuua sat’ (ฉัน ไม่ ทาน เนื้อสัตว์). You will still have plenty of choices, there are many different Thai salads like Som Tam that are made without meat.

The Names Of Meat In Thai

The word for meat in Thai is ‘nuua sat’ (เนื้อสัตว์). When saying the name of the meat in Thai, you will sometimes see the word ‘nuua’ (เนื้อ) used before the animal, which acts as a way to specify that it is meat. However, as we mentioned above, they are usually left out, especially when making an order. The word for chicken in Thai is ‘nuua gai’ (เนื้อไก่). Chicken is one of the cheaper meat options available when compared to seafood or beef options.

The name of pork in Thai is ‘nuua muu’ (เนื้อหมู). Pork is also joining chicken as the cheaper option when eating out.

Duck is called ‘bpet’ (เป็ด) in Thai. Duck is a bit more premium than the prior two we mentioned and is often eaten in its own dishes and not part of something like fried rice.

Beef in Thai is called ‘nuua wuua’ (เนื้อวัว) in Thai. Since it is often imported from the likes of Australia, it costs quite a bit more – that is on top of the already premium prices you usually see.

Outside of the big cities, it is not uncommon for farmer families to own buffalos, known as ‘nuua kwaai’ (เนื้อควาย). Be careful with this word though, as it is considered very rude.

While those were the names of a few different types of meat in Thai, there are also other important proteins you can include in your Thai dish. While I am sure there is some kind of distinction, I think it makes sense to include seafood – known as ‘ahaan talay’ (อาหารทะเล) in this article too. Fish is always a good choice

If you want to eat the fish, then you would ask for ‘bplaa’ (ปลา). It is highly recommended that you try the fish when visiting an island as it is incredibly fresh.

Shrimp are referred to as ‘guung’ (กุ้ง) and are plentiful as a fair amount of the world’s supply comes from Thailand.

Squid in Thai is known as ‘bplaa murk’ (ปลาหมึก). It is not usually available everywhere but the closer you are to the coast, the better your chances of finding it.

Crab is another common ingredient and is known as ‘bpuu’ (ปู) in Thai. I have often found that they are served whole or chopped up still in their shell, so getting to the meat takes some work.

In the same way that there is such a variety in the types of meat, the way they can be prepared is also diverse. How about we look at the different ways to cook food in Thai? All you need to know is that you should place this word after the name of the meat in Thai.

When you fry something, you refer to it as ‘tort’ (ทอด).

If something has been boiled, you call it ‘tom’ (ต้ม).

If something is steamed, it is called ‘nung’ (นึ่ง).

Who knew that learning Thai vocabulary could make you so hungry? Thai food isn’t all about chilies and Pad Thai, and the many different types of meat that are available are just as amazing. It is well worth giving them a try, and with the knowledge of the names for meat in Thai, you are ready to do just that. Try mix things up with the many delicious fruits and you have a well-balanced meal.

Looking to learn more about the Thai language? Try the Ling Thai app and work your way through the thousands of words, voice samples, and dialogues. 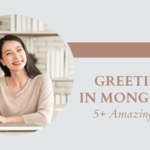 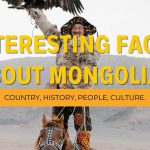 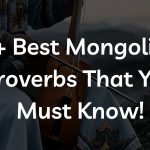 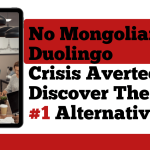 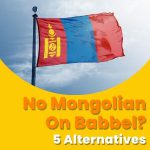 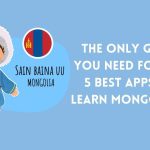