I know that Serbian sentence structure is not the first thing that comes to mind when thinking about learning the language. But, when you learn the Serbian language for some time, you will realize that the syntactic, semantic, and communicative functions of individual parts of a sentence or a sentence as a whole depend on the order of words in a sentence. So, you need to know if you want your Serbian to sound right and people can understand.

I know that you probably don't like to learn grammar but let me talk about Serbian sentence structure and how it affects how Serbian is written and spoken.

The words in the Serbian language are much more accessible than in some other languages, such as English and French. Some variations are entirely free, without affecting the meaning, for example:

However, a more typical case is that a change in word order leads to a change in what is called a sentence (functional) perspective, i.e., in the relationship between given and new information (topics and topics, subjects and comments). Usually, one line of words can be singled out as neutral, stylistically unmarked. At the same time, different sequences are used only when the statement needs to be given certain affectivity, or a part of a sentence should be especially emphasized.

Arrangement Of Subject, Predicate, And Object If we look at the arrangement of the subject (S), the predicate (P), and the direct object (O), in principle, all six permutations are possible, thanks to the fact that the subject differs from the object in case. The most common, however, is a neutral S + P + O layout:

• Fudbal dečaci vole. , a gimnastiku rade jer je obavezna. (Boys love football, and they do gymnastics because it is mandatory).

• Dečaci fudbal vole , a gimnastiku rade jer je obavezna. (Boys love football, and they do gymnastics because it is mandatory).

The order O + P + S would serve to highlight the subject:

• Fudbal vole dečaci , ali ne i devojčice. (Football is loved by boys but not girls).

The predicate can also be highlighted by placing it at the beginning of the sentence (P + S + O):

• Vole dečaci fudbal , zašto misliš da ga ne vole? (Boys love football, why do you think they don't like it?).

The order P + O + S (Vole fudbal dečaci) could appear as a rarer, stylistically marked variant of the previous one.

The Position Of The Subject 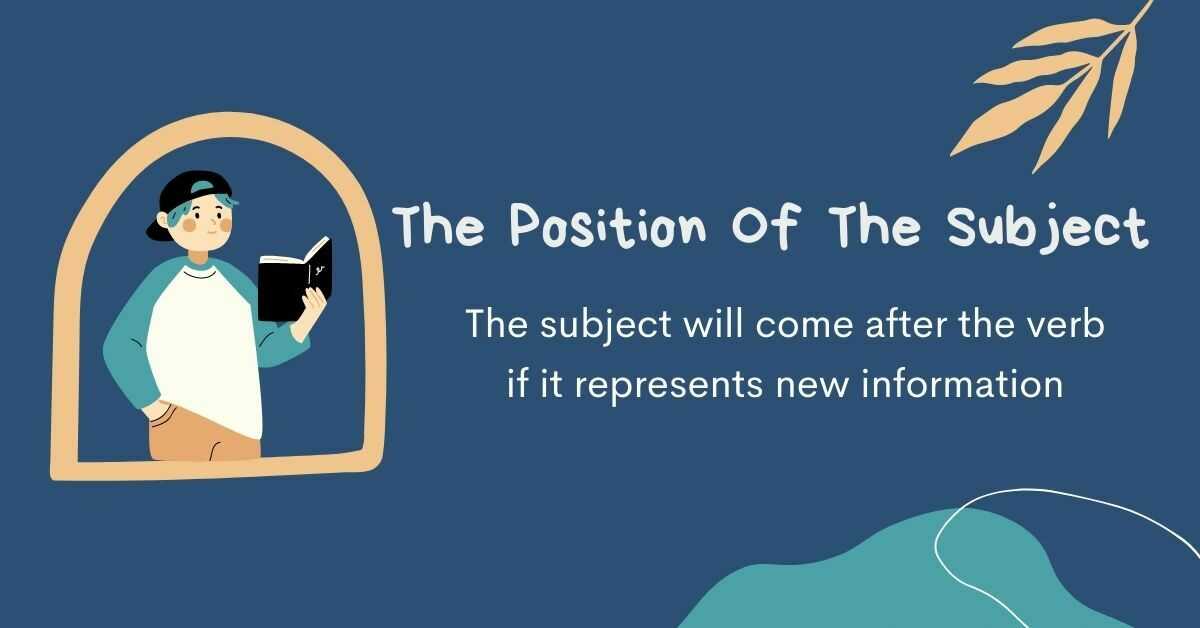 The subject will come after the verb if it represents new information:

• Tražio te je neki čovek. (A man was looking for you.)

U sredu počinje zima would indicate that our interlocutor knows that winter is on the doorstep but does not know exactly what day it begins.

The subject is always after the verb of speaking or thinking in sentences preceded by direct speech or quotation:

The Position Of The Object 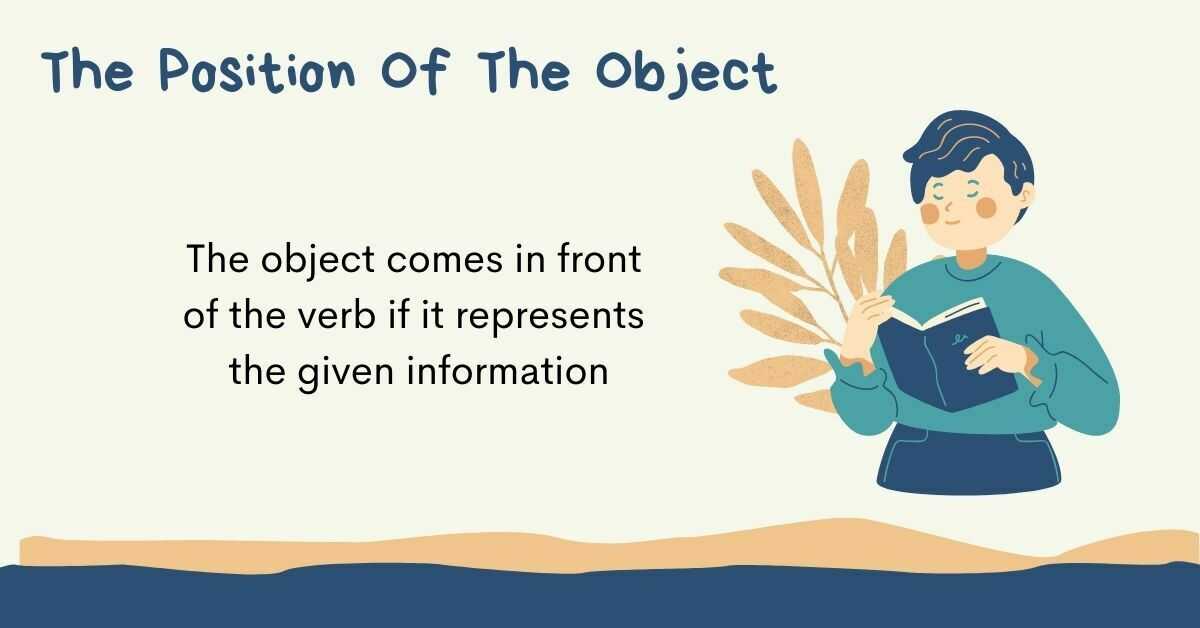 The object comes in front of the verb if it represents the given information (topic), ie. if it has already been mentioned:

• Pisma će odneti kurir. (Letters will be delivered by courier.-)

If the right and wrong object comes with the same verb, the one that is shorter is usually in the first place:

• Poslao je producentu scenario svog novog filma. (He sent the script of his new film to the producer.)

The personal pronoun in the case of focalization can remain in the same place in relation to the verb, but the unstressed form is replaced by the stressed one:

• Ne čujem njega nego nekog drugog. (I don't hear him but someone else).

• Ja njega ne čujem ali čujem tebe. (I can't hear him but I can hear you).

The stressed pronoun, unlike the unstressed one, can also come to the beginning:

• Nisu nam ništa dali. (They didn't give us anything.)

• Nama nisu ništa dali a možda su dali drugima. (They didn’t give us anything and maybe they gave it to others).

The Position Of The Adjective

An adjective in a noun predicate that can come to the beginning of a sentence if it is especially emphasized, and then the sentence emphasis falls on it:

Attributive adjectives in today's language almost always precede nouns. Only in older and poetic texts is the reverse arrangement found, e.g., "Hleb naš nasušni daj nam danas" - iz Očenaša (Give us our daily bread today - from Orthodox prayer) or a "kosturnica strašna i porazom slavna" (terrible ossuary and glorious defeat - verse by Milan Rakić). The adjective, moreover, comes after the name when the nickname of historical figures, e.g., Aleksandar Veliki (Alexander the Great) or Dušan Silni (Dusan the Strong). 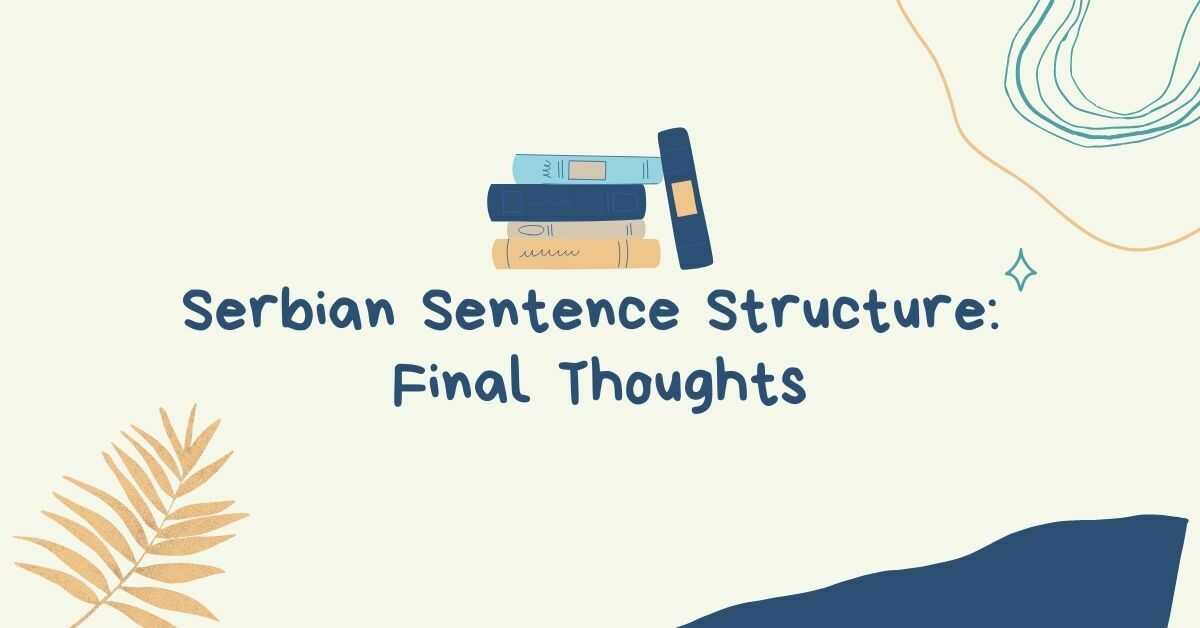 If we compare word order in English and Serbian, we can come to the following conclusions:

1) The grammatical word order is almost identical in the two languages, while the contextual or pragmatic word order differs significantly.

2) The contextual order of words in the English language is almost not determined by the informative structure of the sentence or the personal style of the speaker or writer. In the Serbian language, however, the contextual order of words is mostly subordinated to both the informative structure of the statement and the stylistic preference of the addressee.

Suppose you want to know more about Serbian sentence structure or have a basic Serbian conversation. In that case, you should consider using the Ling app and learn this beautiful Slavic language fast and easily. Of course, you can use other resources to learn Serbian.

More From The Serbian Blog  and  Serbian Grammar