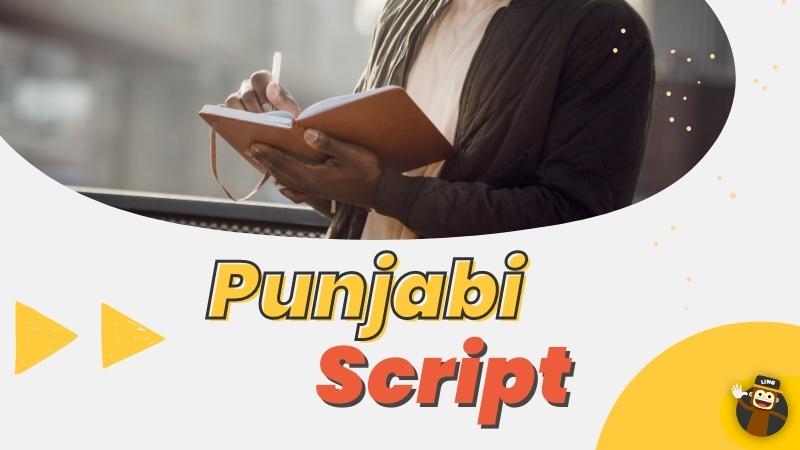 Punjabi is famous for its culture. But have you looked into the script of the Punjabi language? The spoken language of Punjab can be found in India and Pakistan, and the written one has differences between the two countries.

Do not let the language’s hilarious nasal sounds or high tones deter you from knowing some fantastic facts about the Punjabi Script. Let’s give it a try!

The name of written script of Punjabi people is called the Gurmukhi script. This means ‘from the mouth of the Guru.’ History tells us that the second Sikh Guru, Angad, made the Gurmukhi script, and this was as early as the 16th century.

Shahmukhi means ‘from the mouth of Shahs,’ and Devanagari means ‘the container of divine light.’ Many of what we know today are from the search and knowledge of the scholar Piara Singh Padem.

The Punjabi originates from the Indo-Aryan family, which in turn belongs to the Indo-European family. A lot of the languages in India belong to these family groups. Punjabi is used in Sikh scriptures, but other languages are included, but all use the gurmukhī script. They are Sanskrit, Persian, Khariboli, and Brajbhasha.

Punjabi is a distinct language spoken by 113 million people around the world. It has thirty-five letters and ten vowels.

Here Are The Vowels Of The Punjabi Script

To learn the vowel symbols, the matras need to be known. Here they are:

Here Are The Consonants Of The Punjabi Script

Gurmukhi script is written in eight rows; the first seven rows have five letters, and the last row has six letters. Here they are:

Learn the Punjabi Language With Ling

As the Sikh Gurus rightly named it, the Gurmukhi script, or script of words that come from the mouth of Gurus, is no ordinary thing! Writing Punjabi, the Punjabi alphabet, vowel signs, and nasal consonants and putting it together to create words – is an influential art.

The Punjabi language is fascinating. Especially the Gurmukhi alphabet is an intriguing script that takes you on a learning adventure. Writing Punjabi is an essential part of immersing in the culture and language.

Whether it’s to partake in a Punjabi wedding, understand the difference between Pakistani and Indian Punjabi, or just a desire to learn and write Punjabi script – let Ling be your friend, company, and guide. Visit Punjab, learn the Gurmukhi alphabet, and prepare for your visit with Ling.