Overpopulation has given rise to many global issues, but the loss of wildlife is the worst of them all. Do you know about the Korean extinct animals? If you are also interested in learning about the extinct and endangered species in South Korea, then buckle up, as we will tell you all the habitats in the South Korean region. Let’s get started!

Like other parts of the world, the population bomb is causing immense pollution and destruction of forests, aside from wildfires. In such situations, it’s almost impossible to expect wildlife to thrive naturally. Due to the continuous tension between the two (not so different) nations, many animals (ignoring homo sapiens for a moment) have lost their lives to the brutality of land mines.

Two Koreas have seen many wars, and while most people only acknowledge and sympathize with the loss of humans, the vulnerable wild animals get neglected. Let’s talk about the extinct Korean tigers that were threatened decades ago and have now been erased from the face of the earth.

There was once a vast population of majestic tigers who had people taking care of them in the mountainous landscape of Korea. At that time, they were considered invasive and equally feared and respected.

Korean tigers’ massive role in the starting of Korean civilization is based on the Legend of Dangun (단군). The white tiger is also greatly important in this beautiful culture as it represents wisdom. Koreans believe that a tiger’s fur turned white as it gained all the knowledge and is not a spiritual being.

Just like we use “once upon a time” before starting any story, the Koreans say, 호랑이 담배 피우던 시절, which means when the tiger smoked cigarettes. As absurd as it may sound to you, Korean paintings of Korean tigers smoke.

In 2018, the Republic of Korea hosted the Winter Olympics in Pyeongchang, where the mascot depicted a tiger named 수호랑 (Soohorang). This name was strategically designed from two words, 수호 (Suho) and 랑 (Rang), meaning protect and tiger.

Note. the word for tiger is 호랑이 (horangi).

What are endangered animals in Korea?

Although organizations such as United Nations Educational, Scientific and Cultural Organization (UNESCO) have formed a Demilitarized Zone (DMZ) between North and South Korea to serve as a biosphere reserve, there is an extensive list of endangered species of animals and birds in both countries. Some include the Siberian musk deer, the Asiatic black bear, the red-crowned crane, and the Cinereous vulture.

What animals are only in Korea?

Are tigers extinct in Korea?

There was a time when the Korean peninsula was populated with majestic tigers who would explore the place and live there peacefully. Many feared them and were known to be protective of their families. You won’t be able to see the Korean tigers now as they are going through extinction. There might be some traces of them in an unexplored part of Korea, but it seems like they are gone for the most part.

Did Korea have wolves?

Korea did and still has wolves. As the population increased in Korea, their number started decreasing, but now the government and people pay due importance to their safety and existence.

Save forest populations and save the earth! Hopefully, now you can tell more about Korea’s endangered and extinct animals. With the vocabulary mentioned, you can hold a basic conversation with a native Korean speaker about animal safety. If you are looking for more options to learn Korean, then check out Ling App.

Ling App is an emerging language learning platform with fifty-plus languages to increase communication and break borders. Also, check out our blog posts about Korean drinking culture and Old K-Pop Groups to familiarize yourself more with Korean culture. With Ling App now from Google Playstore or App Store, you can improve your everyday life conversations and learn more about Korean culture. 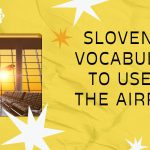 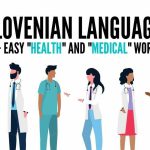 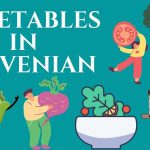 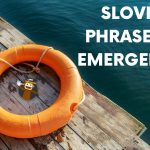 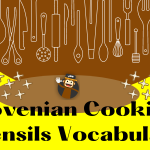 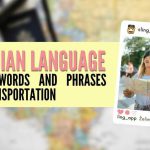