16 Best Ways To Say Yes Or No In French Traveling to Paris, working with French colleagues, or taking up the French language – if you are included in any of these, then this page is the place to be! Apart from other fundamental French expressions like saying thank you and I don’t know, it’s essential for you to know what are the French words you can use to signal either affirmation or disagreement. This is why I brought today’s topic – how to answer ‘Yes’ or ‘No’ in French.

How To Answer Questions In French

As you have learned how to ask questions in French previously, you must know how to respond to a question in French as well – clearly, there’s no point in knowing how to ask but not to answer. Similar to English, rather than giving a straight ‘no’ for an answer, we sometimes beat around to bush by using phrases and expressions to subtlely inform our interlocutors of our actual responses and thoughts.

Why? Well, at times, not everyone is going to like your negative response, especially the elderly or your superiors. So, in today’s lesson, I’ll tell you what are the important words you must know in order to say yes or no in French as well as their correct usage.

How To Say Yes In French

Let’s dive right into the ways of saying yes in the French language.

Even if you haven’t learned French, it’s most likely that you have come across the word oui some time in your life – especially if you have a working TV at home. Oui is always used by the French people as it is the most common, standard way of saying yes and it fits any situation. It can be used in both formal and informal settings since oui is a natural expression.

If you’re saying yes to a rather elderly person and want to add a sense of politeness in your response, you can add something at the back, such as sir or madam.

Now, you can simply say oui to answer questions!

You can use this phrase to assert certainty or to emphasize something. Sometimes, it is often used to state the obvious;

The word évidemment is the synonym to bien sûr and is used to again, state the obvious and clearly affirm. But évidemment is usually used in a formal context, unlike bien sûr;

The English ‘alright’ and ‘OK’ is known as d’accord in French. It’s equivalent to oui because this word can also be used in both formal and informal contexts. So, if you’re tired of saying oui all the time, feel free to use d’accord around!

Si is the word you can use to contradict a person’s statement, by saying yes. When someone makes a negative statement and asks a negative question, you can deny, negate, and counter their remarks by saying si. It’s a very practical term and an extremely useful word to remember.

Have you ever been in a situation where you struggle to say yes because you’re not really sure? Then mouais is the word you need to learn. The English translation for mouais could be mm yeah, yeah, or okay. From its meaning, you can already see that this term is most appropriate in informal circumstances.

And realistically speaking, when you say “mm yeah”, we can already tell that you’re either bored, uninterested, and unimpressed. The sense of mistrust and suspicion is also evident in the term so do be careful and make sure you don’t use it in a strictly formal setting!

7) Volontiers – The formal “I agree” yes

In a formal, professional setting, this is what you should use. Volontiers means yes, gladly/willingly in English. It’s synonymous with avec plaisir, which means yea, with pleasure. So, if you’re happy is such formal context, you may choose between the two and say either volontiers or avec plaisir;

Q: Je vous sers un café? (Would you like some coffee?)

Have you ever felt – when sometimes, you’re so excited about something and just can’t wait to say yes?

Then this word is perfect for you! Carrément is the equivalent of absolutely in English. It’s a way of expressing total agreement or participation in something casually.

How To Say No in French

Like oui, non is the traditionally basic way of saying ‘no’. You can use it casually or formally and with pretty much anyone. Still, in certain circumstances, you might want to add something at the back to get rid of the ‘rude’ impression when answering a question. You may want to include thank you after saying no. So instead of just non, you can say;

Non merci = no, thank you

Ah non and oh non are the words that express one’s disappointment in French. In English, we know it as “darn it!” or “oh no!” So, if something doesn’t go your way, use ah non or oh non;

This word is the equivalent of ‘nope’ or ‘nah’ in English. It’s entirely informal, so the right way of using nan is with your friends and family.

If you want to answer a question (which typically, in this case, sounds a little crazy or impossible), you can use pas question. Other ways of saying it includes the words like hors de question (out of the question), absolument pas (absolutely not) and oublie (forget it).

Mais non is the exact opposite of si. As we use si to contradict other’s statement by saying yes, mais non works just as same. It simply means “of course not”. So, if someone comes by a statement that is, in your view, completely inaccurate, you can say mais non!

Have you ever wondered how to say ‘never’ in French? If you want to share the fact that you have never done something, jamais would be the right word to use. So, if you’re saying something that means “no, never”, look at the example and see how you’re supposed to say it;

Q: T’as déjà été en Croatie? (Have you ever been to Croatia?)

A: Non jamais (No never)

This phrase is quite important too in learning French – it’s the one you say when you want to convey “not yet” or “haven’t yet”.

When you’re not having a good day and you want to share that info with your interlocutor, you use the phrase pas vraiment.

A: Pas vraiment (Not really)

We hope you enjoy learning about how to say yes or no in French! Discover more about the French language including its words, basic phrases, pronouns, grammar, and vocabulary in Ling App. This app can definitely help you to master French and be a competent speaker as it has the most interactive features for language learning. If you to be a great example to your friends and family, seize the opportunity to be the master of all languages now and download the Ling App! 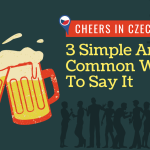 Cheers In Czech – 3 Simple And Common Ways To Say It 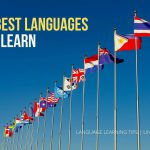 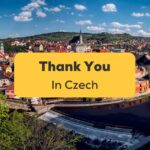 9 Ways On How To Say Thank You In Czech Language 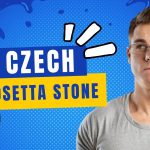 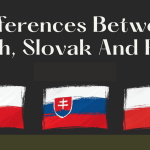 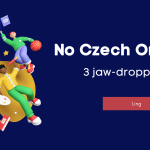