There are a few different ways to say cheers in Lao. 'Tham Keo' (ຕຳແກ້ວ! ) translates directly to 'hit glass.' 'Sukhaphab aekhngaehng' (ສຸຂະພາບແຂງແຮງ ) means 'good health.' Alcohol is as central to the Lao culture as it is to most others in the world. Today we're going to explore some of its facets, offer some more party-related vocabulary, and give a little history of where saying cheers came from.

Do People In Laos Drink Alcohol?

The short answer is yes. In 2016 the World Health Organisation released a report on alcohol consumption in the country. It found a 50/50 split between beer and spirits.

Men drank almost three times the amount as women and were also heavier drinkers. 22% of men didn't drink at all, and the number for women was higher at 48%. The WHO also estimated that Lao males had an alcoholism rate of 8%, making it one of the highest globally, just behind Thailand at 10%. The highest is Russia at 16%.

The WHO also noted that the Lao government had several initiatives to try and curb the levels of alcoholism, including a minimum legal age of 18, restricted serving times, and drink driving laws. Anyone who has ever been to Laos will know that these are just mere suggestions. You can pretty much get alcohol whenever you want, and the roads(particularly around Pi Mai- new year) are notoriously dangerous because of the number of drink drivers present.

What Alcohol Do People In Laos drink?

As already mentioned, there's an even split between beer and spirits.

The most famous spirit is a rice liquor called Lao Lao. In my experience, most of it is undrinkable. Also, be careful because a lot of it is homemade, and it's difficult to tell how strong each specific bottle is. Don't be surprised to see a dead snake or scorpion in a bottle of Lao Lao. It is believed to give life-altering powers, although I wonder how much of this stuff is actually drunk by locals and how much is meant for tourists.

In Luang Prabang in Northern Laos, people drink a sweet rice wine called Khao Kam. Another spirit also made from rice is Lao Hai which means jar alcohol. It is drunk through straws and is the chosen spirit for drinking competitions because it is not as strong as Lao Lao.

The national beer is called Beer Lao and is surprisingly good compared to other Lao beers and regional competitors like Chang and Singha.

What Are Some Lao Drinking Customs?

In the West, people have a very different relationship with alcohol than Lao people have. The reasons are complicated, but I think it can be distilled down into the fact that the West is more individualistic and Laos is more communal.

In England, (as this article outlines) people often drink alone, but in Laos, drinking is almost always done with friends and family and involves some kind of feast. In a bar in England, you would order a single whiskey and Coke, but in Laos, the whole group shares one big bottle of whiskey and many small cans of Coke, and whenever your glass is empty, someone will top it up for you. In extreme cases, there is only one glass at a table, and it will be passed around everyone almost as if they are making an oath with one another.

Why Do People Say Cheers?

Although many cultures have their own myths and legends surrounding 'toasting' good health or 'cheers-ing.' In the West, it is believed to have come from the Greeks. It was common to leave an offering of wine to the gods, and how you did this was by raising a glass to the heavens.

Another theory, although less commonly believed, is similar to the notion of why we shake hands, namely because you want the person to know that you aren't going to do them any harm secretly. The theory goes that when you 'cheers' someone, some of the liquid from both glasses spills over the edge and mixes, so if you were planning on poisoning someone, you'd also poison yourself.

The second theory is very Game Of Thrones so I prefer to prescribe to the first.

Here at Ling, we've developed an unparalleled Lao official Language course. You will find nothing like this on the internet or with any other language learning apps.

Crucially, we have practice in the Lao script so you can learn the alphabet. (It's not the Latin alphabet; instead, it's adapted from Khmer script).

But that's not all. Our spaced repetition flashcard system improves active recall of vocabulary. We also have an A.I system that allows you to practice speaking with our bot. If sometimes you don't feel motivated to learn, don't fear, with our gamification, you will feel compelled to keep returning to the app and practicing your chosen language.

Our weekly blog gives tips for those of you planning on visiting Laos, as well as useful words and phrases in Lao such as:

Can you lower the price? – Lud dai baw?

How much does this cost? – Laka tao dai?

How are you? – Jao sabaidee baw?

Come on over to our website and start learning Lao today. 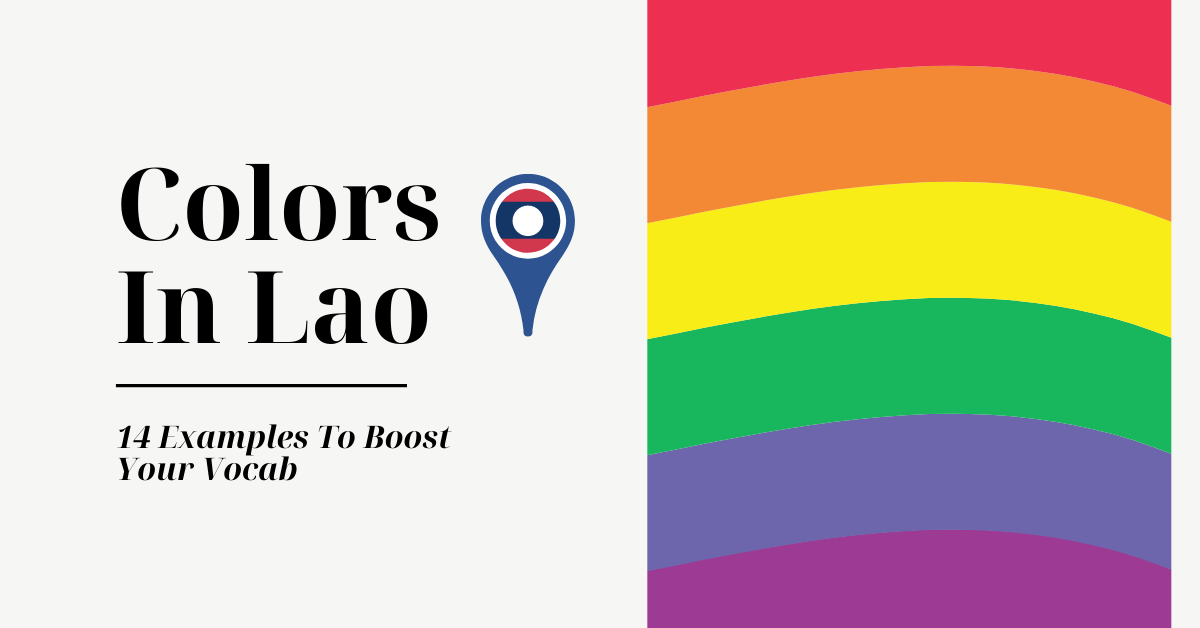 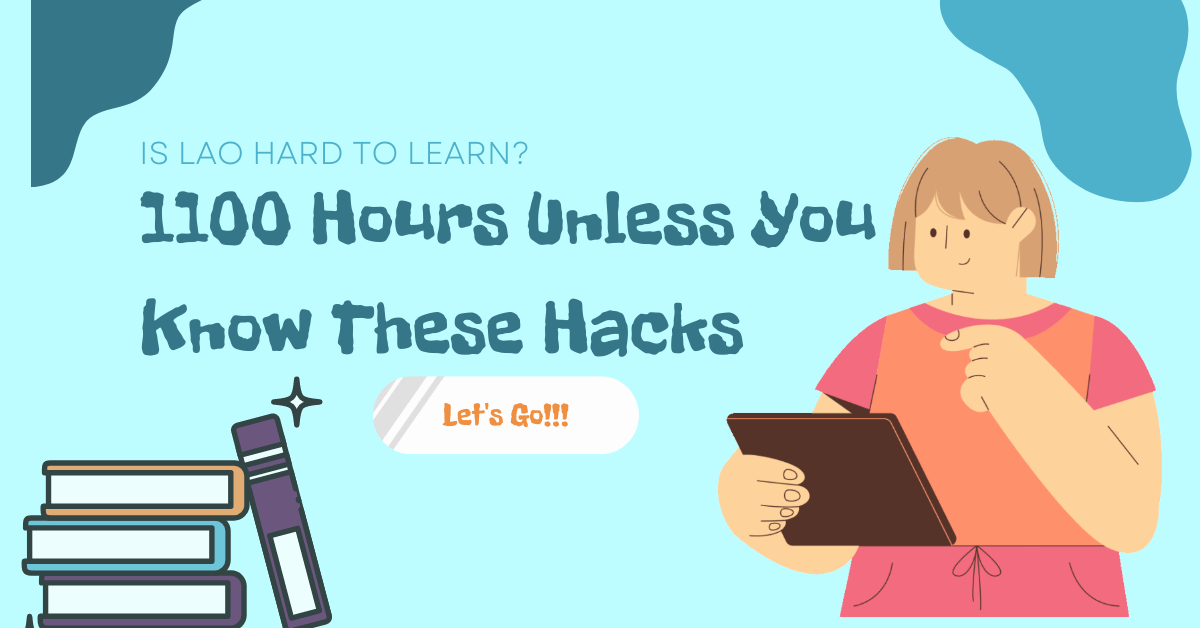 Is Lao Hard To Learn? 1100 Hours Or Can We Supercharge?