When we say Asian languages, what usually comes to mind are distinctive and complicated writing systems like those we usually encounter with Japanese, Chinese, Korean, or Thai scripts. However, if there is one country that embraces the ISO basic Latin alphabet then that would be the Philippines. This reason alone gave probably made you wonder if learning Tagalog is easy or not. Read on as we present our five major truths behind this language and why it is one of the easiest to learn!

You see, the world is full of mysteries with 195 countries scattered around it, who would have thought that each will be unique on its own? Every country stands out and have their labels that are somehow reflecting its amazing culture, exclusive traditions, stunning natural wonders, and the behavioral and conversational etiquettes of the people.

What is even more exciting is the fact that just by simply hopping into an airplane or riding a boat, we can all experience the different places in the world. And with that being said, if you are keen on traveling and then I bet that you must also be interested in learning online the different languages of the countries you are visiting. And perhaps Asia is one of those travel destinations that you are dying to visit.

Now if you are from an English-speaking country then maybe you are also thinking of visiting the Philippines. Come to think of it, this country is one of the best ones out there with its strategic location offering a distinctly tropical climate that is not too hot nor too cold. Add to that is the fact that its native people, the Filipinos, are well educated and are highly proficient in English.

However, do note that some of its citizens also know Spanish and other native languages. In short, you can expect a typical Filipino to know two to three languages! And this is what makes the conversation exciting! Since the country has been under different regimes and has been visited by neighboring countries for trade purposes, the Tagalog language has also evolved throughout the years.

It changed in terms of vocabulary, grammar, and even pronunciation when speaking. This is why if you talk with many Filipinos, it is possible that their set of words maybe be different than what other Filipino colleagues may use.

In fact, the language of the country is so rich to the point that even the LGBT community has their own good “Beki” lingos or a set of slang that act as a mediator in the diverse number of languages in the Philippines! The youth also use “jejenese” or “jejemon” language in conversations which is the combination of the internet and texting slang used by millennial hip-hops, hipsters, and out-of-school youth.

The Truths About Learning Tagalog

A lot of people are asking if Tagalog is a difficult language to learn for total beginners. I understand that most language enthusiasts are quite unsure on whether they can learn the vocabulary and put the grammar to use when speaking or writing. But trust me on this, the Tagalog language is actually easy to learn. In fact, I have here five truths about learning Tagalog.

Unlike other Asian languages, the Tagalog language is using the same alphabet used in the English language. The only difference is the fact that it has two additional letters, “ng”(pronounced as endzi) and the “ñ” (pronounced as enye) after the letter “n” to accommodate traditional words that are originally from Spanish vocabulary. Some of the examples include the following:

The good thing about the Tagalog language is that as long as you know the word, you can simply use it on its own again to show emphasis. Some of the examples include:

Of course, there are still other ways to say the above words but for a total beginner in the language, there is nothing wrong with the basic repetition. In fact, that is considered the regular vocabulary by the locals. You can simply use these words when buying off of the street vendors too.

Since the Tagalog reflects the colorful past of the Philippines, it has also borrowed a few words which are still used even to this day. What usually happens is that these words are spelled in a Tagalog manner, but the pronunciation usually stays the same. Additionally, since the country’s second language is English, code-switching is rampantly used by many. Here are some examples:

The Filipino basic word order that you should learn is that the verb is usually at the initial position. Of course, you can still construct sentences in different ways but more often than not, the verb is emphasized while the rest of the words in the sentence are flexible. Here are some examples:

The examples above show you the Tagalog “siya” (him/her in English) is usually in the middle compares with the English counterpart where the subject is always at the front of the sentence.

Stress and accent marks are significant for Filipinos and they can mean different things if you do not know where to put emphasis when pronouncing a certain word. Here are some examples:

The language of the Philippines is so alive as reflected by its growing number. If you are planning to visit the country, I highly suggest that you focus on learning Tagalog vocabulary since it is the most commonly used language by Filipinos. Again, please note that while a significant number uses this in everyday discourse, not everyone is fluent at it so at times you might hear some locals even mispronouncing the words.

In this sense, if you mispronounced anything you do not have to worry because Filipinos do not have the habit of correcting people. The fact that you are trying your best to speak is already enough to put a smile on their faces. And if you are lucky, you might even have a few people who will teach you about it too!

Now, if you are interested in learning this, then I recommend that you take the lessons from my most favorite application, the Ling App. This remarkable platform allows language learners to become immersed with the target language through gamification while improving their vocabulary, teaching the pronunciation and grammar rules, and instructing them on how to write the characters.

If you enjoyed this post, feel free to share it online through your social platforms to help us reach out to other Asian language enthusiasts out there. Also, please do not forget to read our previous posts, vocabulary collections, and more Tagalog-related information such as the common funny phrases, expressing flavors like a real Pinoy, and the secrets to Tagalog writing.

Learn The Tagalog Language Today And Speak Like A Native!

Looking forward to adding a few more words and phrases related to this Asian language? Then it is time for you to download the Ling App. Tailored for total beginners, this application is like a full-blown language course right in your pocket! It will teach you the basics and the easiest tricks while ensuring that you progress every day so long as you practice for at least 10 minutes.

From the native conversational phrases, language features, tricky grammar points, and the culture of the Philippines, this application got you covered!

is downloadable online and can be used simultaneously with other learning materials to jumpstart your level in the best way possible. Install it today and start your journey on the right foot with an easy-to-navigate learning buddy, the Ling App. 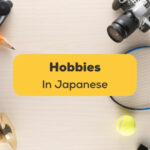 How To Talk About Hobbies In Japanese? 50+ Basic Vocabulary 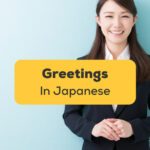 15+ Basic Greetings In Japanese You Must Know Now 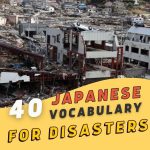 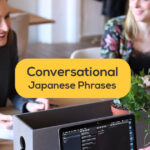 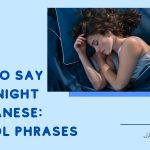 How To Say Goodnight In Japanese: 9 Cool Phrases 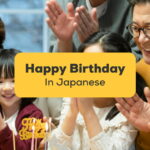