7 Least Spoken Languages That Will Blow Your Mind When you come across “least spoken languages”, what do you have in mind? Do these words entail any particular meaning to you? If not, there are a couple of things that you should know. Languages are similar to fashion – there’s always an evolution and the latest trend that everyone wants to follow and live by. And like languages, some fashion styles just failed to appear ‘trendy’ and ‘cool’ anymore to people’s eyes and so, it dies along the way.

Among all the languages in the world, there’ll always be languages that are occasionally neglected, initially threatened, and eventually die. When one specific language is less spoken, or in this case, least spoken, it gives an idea of how the language is considered endangered – it’s on the brink of death and extinction. Yup, just like humans and animals, languages live and die as well in their most unique, evolutionary ways. 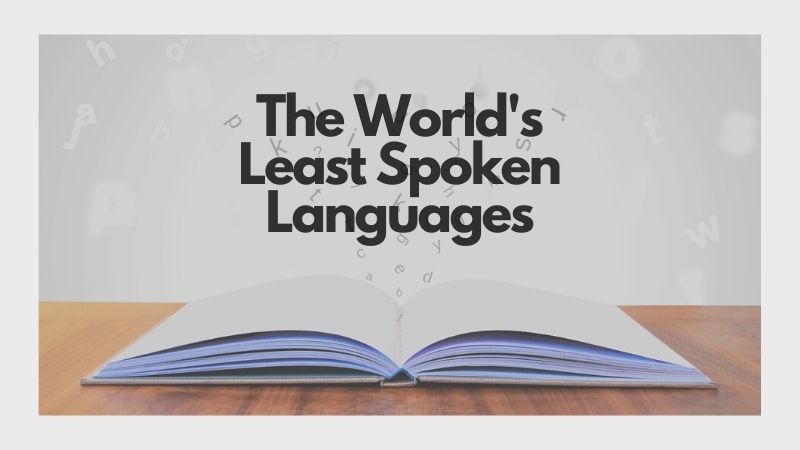 Now you know what it means by the least spoken languages; languages that are slowly dying. In detail, most dying languages are indigenous languages belonging to one distinctive speech community. Most of the time, a language is regarded as extremely endangered when the number of its native speakers decreases dramatically over the years. Why is that? Well, when a language is not spoken, it is often found that the language will be lost, forgotten, and later abandoned even by its own native speakers. To witness the death of a language is definitely seen as a devastating tragedy in the world of linguistics because all the riches of one’s cultural heritage, linguistic diversity, and national identity will fall into oblivion and cease to exist forever.

Some of the languages in the world that no one ever knows or heard of (except linguists and historians) are in a very critical state – Tsuu t’ina language (also known as Sarcee) with only 80 native speakers, Ongota with 12 native speakers, Liki with 11 native speakers and Taushiro (1 native speaker). While these languages are nearly extinct, languages such as Njerep (Cameroon) and Chamicuro (Peru) have already extinct and vanished from this world.

What Is The Least Spoken Languages In Ling App?

In the Ling App, there are 7 languages that are classified in the less spoken language category which are Greek, Khmer, Czech, Swedish, Afrikaans, Malay, and Dutch. So today, let’s travel around the world and stop by these countries to give these native languages a visit.

Though it’s not a critically dying language, its ancestor, the Ancient Greek, has been considered extinct. Ancient Greek, also called Classical Greek, is the language which the prominent philosophers of Greece once used in their writings and arts. So, the Greek language some may know presently is Modern Greek. Modern Greek is the native tongue of the people who live in Greece – they speak the language up until this day. The language is also spoken by the Greek communities who migrated to other countries and this particular community is what we call the Greek diaspora group.

So, if you’re living in the United States, Turkey, Canada, Australia, Italy, Albania, or any other parts of the world, don’t be surprised if you find out that some of these people are fluent speakers of Greek language. But then, though the language may be commonly spoken in countries such as Greece, Cyprus, Albania, Italy, and Turkey, the Greek language can be categorized as an endangered language – a national language that will soon disappear if not preserved properly by its native speakers because it’s ranked 87th in the Top 100 Spoken Languages in the world.

Listed in the top 100 spoken languages in the world is already good enough – yes, I couldn’t agree more. But being in the bottom 20 connotes something else. As Greek is seen as the oldest language in the world, losing its writing system, language and native speech community would absolutely be a total loss in the history of world languages. Everyone needs to know this so that we’ll appreciate each language in the world. Language preservation needs a collective effort so let’s do something to make sure that the Greek language won’t end up in a critical spot like Liki or even worst, dead, like Njerep. Let’s together be a language learner of Modern Greek and strive until we are able to speak the language.

Khmer ranked 68th in the Top 100 Most Spoken Languages in the world, which is frankly not bad. I believe that a lot of Khmer native speakers will say that their mother tongue is not even close to dying, which is absolutely true. Still, the aspects of the complicated usage of the language may get in the way and disturb its status as a widely spoken language. Some language experts view that Khmer may be in danger and has the potential to be extinct in a couple of decades or centuries due to the fact that people in the present time fail to use proper styles of Khmer language in different settings. Plus, there’s not much information about this language if you search for it online. So, to make sure this unique language continues to live on, it must be excluded from being listed in the least spoken language in the Ling App. Invite your friends and family to discover and learn the Khmer language together!

Originated from the Indo-European branch, Czech is the official language of the Czech Republic, spoken in Bohemia, Moravia, and southwestern Silesia. A lot of people say that Czech is one of the hardest languages to acquire around the world, particularly for English speakers as the linguistic structure is largely different from English. Though ranked 86th in the Top 100 Most Spoken Languages, Czech has not yet vanished. It almost died once in the 17th century when the kingdom of Bohemia was under the reign of a communist but was later saved by Czech artists and artisans. Now, the language is only spoken by its native community in Czech and Slovak territory, amounting to 16 million speakers. However, the language could be considered the least spoken language if not preserved or not taken up by any language learners.

Swedish is the official language of Sweden, the most popular Nordic and Scandinavian language. It was spoken by the inhabitants of Estonia and Latvia until World War II. In the early 21st century, about eight million speakers speak the language including those who are from Sweden, Finland, Ukraine, Denmark, and Norway. Swedish ranked 90th in the Top 100 Spoken Languages. This figure can be a small concern, especially to the native country. As Swedish is the oldest among all three Scandinavian languages (the other two are Danish and Norwegian), it can be eventually forgotten and abandoned by a new language, or any other dominating language.

If you are a native Swede or have been working in the country, you’ll discover that English is everywhere, and there’s a hybrid variety of English and Swedish that people call Swedish. In a way, one can view this shift and transfer from one language to another as an opportunity to create more fluent English speakers in the community. But be sure to keep an open eye – language death doesn’t come overnight; it’s long a process that can be prompted and catalyzed by external influences. In this case, English might impact Swedish a little bit more than we actually anticipate. So, the Swedes need to be aware of this potential pitfall that might happen in the next few decades or centuries if proper preservation and cultivation of the Swedish language are not done.

Ranked 69th in the Top 100 Most Spoken Languages, Afrikaans is a simplified, creolized language rooted primarily in Dutch and mixed with variants of Portuguese, Malay and Indonesian. In Dutch, the word Afrikaans literally means “African” and this Indo-European language is spoken in South Africa, Namibia, Botswana, Zambia, and Zimbabwe. This particular language has been said to be the most spoken after Zulu and Xhosa but the unpleasant historic event that every South African would know – dates back to the country’s history of various conflicts and this dark event could be tainting and lingering around the Afrikaans language, causing for some to not speak it.

Plus, the Internet is making things even more interesting – try to imagine living and consuming Western media every single day – would there be any changes developed in a person? Well, it’s definitely a yes. Clearly, this hype about using English on social networking platforms took a toll on the locals’ native language, causing Bahasa Malaysia to be left out. It’s also a trend for Malaysian parents to raise their children in the English language instead of Malay because it guarantees you a job, especially in the global industry. Due to that, the number of native speakers of the Malay language drops and if nothing is done to change this, the Malay language won’t remain long as the least spoken language – it’ll be gone in a few decades! This might not be a problem if Bahasa Melayu is used simultaneously with English but such consistent practice of both languages is not so common today.

Being a part of the West Germanic language family, it is said that the Dutch language is the easiest language to be learned by English speakers as it possesses similar linguistic traits to English. As the two languages share the same roots, a lot of the words in Dutch and English are almost spelled and pronounced the same. In the top 100 Most Spoken Languages in the world, Dutch earned a ranking of No. 60, high enough from being nearly lost. Yet, the native speakers shouldn’t take it easy – they need to preserve and use the language as frequently as they can to avoid any influence from other foreign languages. The rise of English as the modern-day lingua franca can be worrying to some as it leaves a profound impact on language speakers. If the Dutch speech community is not precautious, English may be preferred over Dutch one day and this language may end up like Taushiro or Chamicuro, extinct (if not, nearly).

Losing an entire tradition, culture and identity would be a total loss, especially to such uniquely distinctive communities. It’s never too late to bring the view back – where every language is embraced, cultivated, and flourished. Let’s play our part in preserving every unique culture in this world. Discover Ling App and learn these languages now for free! It’s the perfect app for you to learn how to speak other languages like a native – Ling App is known to have the best, interactive features for language learning that will get you speaking other languages in no time! 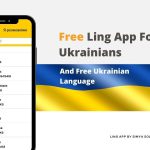 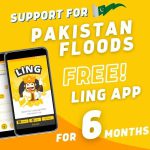 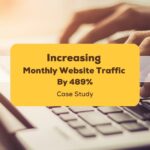 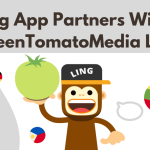 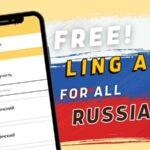 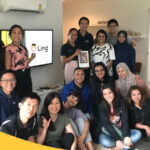