Do you feel re-inspired to study Malay? As such, we’d like to introduce you to some English loanwords in Malay that you could find helpful in learning new vocabulary quickly and with pleasure!

The Malay language has had heavily influenced by the varieties of colloquial English spoken in Malaysia, in addition to the fact that many loanwords in Malay come from Portuguese, some Chinese dialects, Sanskrit, Persian, Tamil, Greek, Latin, and Dutch words.

Knowing how to identify English loanwords in Malay readily would encourage you to study the language. Let’s get straight to the point and start learning!

Some Of English Loanwords In Malay

Here are English loanwords in Malay that you may find Malay word has a similar pronunciation as the English language. However, the writing system is different. So let’s explore the words together!

Some Of Malay Loanwords In English

There are also English words that were borrowed from Malay. The adoption of diverse Malay terminology began in the 16th century with contact between European powers and traditional feudal kingdoms in Nusantara. It intensified during the 19th century with the introduction of British colonialism in the region.

During the time of discovery, when foreign traders and travelers took back products and materials from Maritime Southeast Asia, the names of many of these items were borrowed from the local languages. As more and more works of English literature have emerged that focus on topics indigenous to the area, more and more terms for concepts and objects from the Malay world have also been integrated into the language.

Although “mambu” is the Malay word for “bamboo,” “buluh” is the more popular term used in daily conversation. The walking stick, known as a Malacca cane or a bamboo cane depending on where you live, is made from a rattan species called semambu, which may be the source of the English name mambu.

Durian is a type of exotic fruit that grows in tropical climates and is recognized for its huge size and thick, spiked skin. The flesh is custard-like, has big seeds, and has a strong scent.

Lizards of the family Gekkonidae are found in warm climates and eat insects. The sticky pads on their fingers allow these creatures to climb smooth vertical surfaces such as walls and ceilings.

It acquired from Malay word Jepun, but Dutch loanwords, Japan, may also influence it.

This term refers to various sour relishes made from vinegar and tomatoes. It originates from the Malay kĕchap, fish sauce, since the 1690s.

Mangosteen, or Garcinia mangostana, is a rare and delicious tropical fruit that combines sweet and sour tastes. Its native home is in Southeast Asia, but you may find it in tropical locations. Because of the intense purple hue on its skin when it is fully grown.

It’s been used since the 1660s. As a palm by-product, rattan is a climbing vine found in the tropical forests of Southeast Asia. Rattan, a close relative of bamboo, is the second-fastest growing material for home furnishings manufacture.

Small chunks of pork skewered and grilled, then drenched in a blend of spices, a popular dish in Indonesia and Malaysia. The word “sate,” from the Indonesian language, may seem more recognizable in English.

The English word “tea” first appeared in 1655; it was one of the Dutch loanwords “tay” based on the Malay word “teh.”

As you can see, the Malay language, like many others worldwide, has adopted many English loanwords. This is because many societies’ historical trading and travel activities have lasting impacts on modern ones. Not only English but also Indonesian and Dutch loanwords influenced the Malay vocabulary. Do you find that the abundance of terms and pronunciations that are already known to you makes it easier to acquire new Malay words? It’s a good idea to use loanwords to remember the Malay language.

Meanwhile, we provide the most effective language study app for Malay, allowing you to learn much more than only English loanwords.

With Ling, you can study a vast Malay vocabulary quickly, no matter where you are. It’s simple to get our app because it’s available for download anywhere in the world. You’ll have a good time with Ling since it’s packed with entertaining features like games, puzzles, and chatbots designed to keep you engaged and learning. The chatbot is designed to make you feel like you’re having an actual conversation with a local by allowing you to select the topics of discussion and hear responses in the native accents of the area. 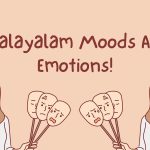 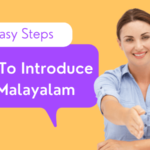 How To Introduce Yourself In Malayalam – 5 Easy Steps 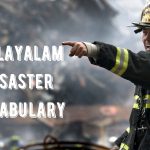 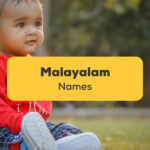 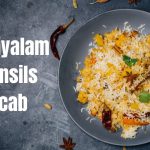