Malaysia might be bigger than you thought because there is home to many stunning natural parks, mountains, and tropical forests. If you want to know more about the regions of Malaysia, this blog will serve you with all information!

Southeast Asia is home to Malaysia, which shares borders with Indonesia, Thailand, and Singapore. The South China Sea is a natural divider between West Malaysia and East Malaysia, which is clearly shown on the map. So it’s the exact same nation. Nonetheless, the environment and politics of the two areas within Malaysia may differ. So if you’re interested in learning more, read on!

The Regions Of Malaysia At A Glance

Since we’ve established that the western and eastern parts of Malaysia have their own distinctive characteristics, it’s time to go over the state and federal territory names found inside the country.

West Malaysia, commonly known as Peninsular Malaysia (or West Coast), has its border close to the southern part of Thailand and Singapore by crossing the bridge. It’s divided into eleven individual states and two federal territories.

This area of Malaysia is more modern and metropolitan than the East Coast, which is more rural and predominantly Malay and Muslim. Kuala Lumpur, the country’s capital, and Putrajaya, the country’s new administrative center, are located in this part.

East Malaysia (or East Coast) has its border close to Indonesia. It’s divided into two individual states and one federal territory.

There are fewer people and fewer developed cities in East Malaysia than in West Malaysia. When the area is fewer people, this also means there’s rich in nature. So, several national forest reserve areas in this part of Malaysia make it ideal for nature enthusiasts. Moreover, since it has more land, it has a more excellent supply of natural resources, especially oil and gas.

What Type Of Government Is Used In Malaysia?

The Yang di-Pertuan Agong, or the king, serves as head of state. In contrast, the Prime Minister of Malaysia serves as head of government within a federal representative democratic constitutional monarchy. The federal government and the governments of the 13 states share executive authority.

Malaysia Is Divided Into 6 Regions

The well-known Langkawi Island is located towards the north. A peaceful island surrounded by beautiful scenery. It’s one of the world’s and the country’s most demanded vacation spots. Penang Island is also one of the jewels of Malaysia. So there’s no surprise that it attracts people from all around Malaysia and the world, and the area now boasts a diverse population and a wealth of cultural traditions.

The administrative centers and other government facilities are situated here. Kuala Lumpur, the nation’s capital city, is located in the central region. You’ll find most of the fun stuff here, such as events, activities, conferences, and shows.

Culture and history abound in the area. In addition, the closeness to Singapore and the access to the ocean make the region an ideal trade destination. Particularly in Melaka, historical buildings and artifacts have been preserved. Melaka’s ancient monuments and walls are architectural time capsules.

With a culture that blends Malay tradition with Thai characteristics, it stands out from the rest of Malaysia. In addition, the east coast is home to some of the country’s beautiful beaches and islands, such as Palau Perhentian and Pulau KapasPulau Redang, which are excellent destinations for scuba and snorkeling. Nature enthusiasts will adore this part.

Regarding culture, ethnicity, and ecology, Malaysia is among the top countries in Southeast Asia. You’ll discover everything from stunning mountains to relaxing shores. We hope that our blog helps you choose which parts of Malaysia to see if you only have a limited time. And you’ll get the most out of your trip if you choose destinations that are a good fit for you.

Looking for the perfect language learning app to help you improve your Malay skills, so you can better communicate with Malay people? If so, you can count on us!

Learn Malay With The Ling App!

The Ling App offers the perfect way to supplement your language learning efforts. You’ll access many tools for learning Malay and 60+ other languages. If you study Malay, you’ll be able to start conversations with locals whether you’re in a big city or a small village. The adaptability and convenience of the Ling app make it simple to increase everyone’s vocabulary, especially during rapid-fire travel. While conversing with the chatbot, you may listen to how natural speakers pronounce the words to understand how they sound in context.

In addition to its four official uses in Malaysia, Brunei, Indonesia, and Singapore, the language is also used as a mother tongue of the people in three other countries. It’s estimated that this number is closer to 300 million, meaning that these individuals can all effectively converse with one another. Therefore, the time to start studying Malay is now. 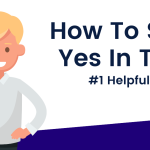 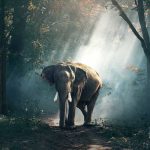 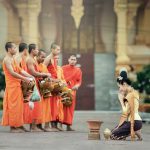 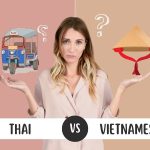 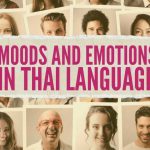 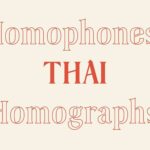