Prague, Czech Republic – The languages ​​of Central Europe, including Czech, Slovak, and Polish, are among the most challenging languages ​​globally. As a result, learning them can often turn into a challenging endeavor for brave linguists. So, in this article, we will shed light on the differences between Czech Slovak and Polish languages.

The Slavic languages ​​constitute a larger group of languages related to Russian, the Balkans, and Eastern Europe. To further distinguish this diverse group, the Slavic languages ​​are divided into three subgroups – South, Western and Eastern Slavic. Further, Czech, Slovak, and Polish languages are all members of the West Slavic group – a group of very closely related languages. Moreover, they have a long history of developing together and influencing each other.

But even with this level of co-evolution, is it fair to say that these languages ​​are pretty similar? Let’s read about the differences between Czech Slovak and polish languages.

Complicated History And A Geographical Closeness

Western communities began to separate from other Slavic languages around the 7th century, and this process continued for hundreds of years. Prior to this, the differences between the three subgroups were relatively small, all from the ancestors of Proto-Slavic mythology. Myth, because no actual work of this language was found, it was reconstructed by simply comparing existing Slavic languages.

The West Slavic language is contained within a relatively small geographic area but has experienced a somewhat different history. In the 10th century, some Western Slavic tribes established their own countries and became the predecessors of today’s Poland. A similar process took place in Bohemia a century ago- the region is now considered part of the Czech Republic. As in the case of small emerging countries, they were soon influenced by the more significant players in the region. Bohemia was incorporated into the Holy Roman Empire, and Slovakia was incorporated into the Hungarian Empire. For the Polish state, which eventually became a partner of the Holy Roman Empire, things are better.

Although the closely related Czech and Slovak languages ​​faced different historical paths, the Czech Republic (Bohemia) was incorporated into the Holy Roman Empire, and Hungary influenced Slovaks. But when the Habsburgs united them, their history began to follow the same path in the same empire.

From the 10th to the 12th centuries, these two languages ​​also began to take different courses from Polish. Today, they are classified in the Czech-Slovaks subgroup of West Slavic languages, while the Poland language belongs to the Lechtic subgroup.

As a result, it is clear that although all West Slavic languages ​​are closely related, some are closer than others.

In some respects, all Slavic languages have a lot in common. Although different writing systems are used, there are many similarities in the grammar used, such as Russian, Polish, and Ukrainian. This is not necessarily correct in terms of vocabulary, but you will find a lot in common in the grammatical rules used in these languages.

So, if the grammar in the language is already similar in the wider Slavic language family, you can imagine that the more closely related West Slavs have more sharing. Because the differences in vocabulary are attributed to different historical influences, the already closely related Czech-Slovak language also shares so many vocabularies to achieve a high degree of mutual understanding. In many ways, the two are indistinguishable. Most of the differences are attributed more to regional dialects than to easily distinguishable differences between languages.

Polish is a little different from Czech and Slovak. Nevertheless, in most cases, native speakers of Polish and Slovak will only have more trouble communicating with each other than Czech and Slovak speakers. However, the separation between Polish and Czech is more distinct. Therefore, especially if the speaker comes from an area far from the shared boundary, they may find that they cannot fully understand each other.

Separated By Dialects But Very Similar

In most cases, people who speak any of these languages can talk to each other relatively easily. The maximum contrast comes from the specific geographic area the speakers come from and the dialect they speak, rather than any initial differences between languages. For example, in closely related languages, Czech, Slovak, and Polish often have “fake friends” -these words all look and sound the same but have entirely different meanings. This may cause some confusion, but in general, it is safe to say that you can use any of these languages to make users of the other two understand yourself.

Although Czech and Slovak can understand each other, Czech and Polish cannot. On the one hand, it is possible to order food and exchange figures from Polish speakers in Czech. On the other hand, there are many Czechs that may completely misunderstand Polish.

Learn And Master Yourself In Your Target Language With Ling App

We hope, now you know some differences between Czech Slovak And Polish. So, For anyone who wants to learn Czech, Slovak, and Polish in an easy-to-use and straightforward way, the Ling app from Simya Solution could be the answer. The app contains thousands of vocabulary lists and flashcards, which relate specifically to specific everyday situations: post office, doctor’s appointments, transportation services, etc.

Users can download, create, and passcards, sorted by language, topic, and level, depending on their progression level. In addition, the entire process is modified by the interval repetition algorithm, allowing users to learn lessons and remember them for a long time.

Furthermore, after learning the differences between Czech Slovak and Polish, visit our frequently asked questions page if you have any queries! 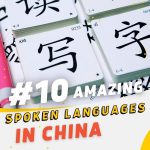 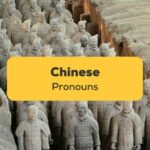 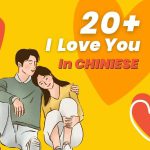 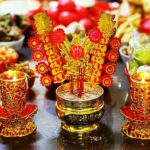 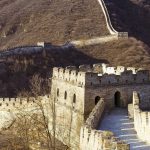 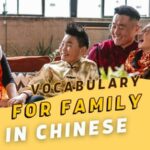