Being a Korean language and cinema fan, I thought I knew everything about Korean culture and daily life in Korea, but I was wrong. I feel sad to break it to you, but daily life in Korea is way too different than what you can see on social media and in movies. Want to know why? Keep reading below to discover the truth that I’m about to share with you.

Daily life in Korea is not all peaches, as you might see in Korean dramas. On the contrary, it’s really tough to begin with. People are always busy, and it’s a hassle. The phrase “live to work” was made for the Korean people. As a student, I had a pretty challenging time because everyone seemed to expect me to be busy as well. And somehow, it was a positive thing for me as well. Since everyone around me was rushing, I motivated myself to do the same, so I finished many tasks! I became super productive and efficient! It was a good feeling that I could accomplish many things within a short time.

However, we cannot deny that that lifestyle is not for everyone. While most people love the fast-paced lifestyle, some feel they cannot keep up with the pace. They find it hard to wake up early in the morning and go to work every day; their body aches because of overwork or stress. In fact, according to a study, many Koreans suffer from depression due to stress and fatigue caused by their work life.

But what is life really like for Koreans? Let’s find out in the sections below.

Daily Life Of A Student

A high schooler in South Korea typically wakes up around 6:30 and gets ready to go to school, which starts around 8:00 AM, with each class of around 50 minutes. There is a morning break and a lunch period of 50 minutes too. Around 1:00 PM, everyone returns to the class, which goes on until about 4:00 or 4:30. After studying, the kids have to clean their classrooms.

A student’s average time studying is 12-16 hours per day, which is a lot. The school time ends around 10 PM, and the students also get dinner. This is because universities are all about their reputation, which is quite serious since you might be judged based on where you studied from.

Some students study at night while others go to different clubs to practice their skills like martial arts etc. Students in Korea have to learn English in high school and even universities. They are trained to study at a young age, but that doesn’t stop them from making friends and having fun with them.

Daily Life Of An Adult

You have learned about the daily life of students; let’s now talk about the everyday life of an adult. While a student has more or less the same daily routine, an adult’s life could be different. So let’s learn about some significant aspects of the daily lives of South Koreans.

Korean culture is exceptionally different from Western culture, not in the wrong way. In Korea, people tend to give a lot of respect to their elders as a part of social customs and address them with polite words. Also, the concept of families is powerful. You might not live in a joint family, but you will always stay connected to your family members.

At Korean cultural festivals, Korean women wear traditional Korean outfits. Primarily people are ethnically Koreans, while some are also from other countries like China and Japan.

If you need a lot of personal space, Korea is not the best place for you. South Koreans use public transport to travel, which is so packed that you might sometimes feel suffocated. This is the case with major cities in Korea like Seoul. Even emotionally, most Koreans don’t take or give space and ask as many questions as they want to, which occurs throughout the country.

Korean cuisine is essential since people love to eat in Korea. One Korean meal has a few dishes prepared with a few side dishes. The food eaten the most includes side dishes like Kimchi vegetables and egg fried rice. Kimchi is loved based on its long history of Kimchi. The alcohol content taken in South Korea with every meal is substantial can be explained by its drinking culture.

Students usually take their everyday meals from convenience stores like processed burgers, Ramen, etc., and devour them right there. For foreigners, Korean cuisine might have a pungent odor, especially Korean street food, but with time you will get used to it.

Koreans are not highly religious; they respect and sometimes follow Buddhism and a few other religions. There are many Buddhist temples in South Korea where a monk or two guides people on a straight path. Buddhism is not in its original form and has undergone different phases. It was changed in Joseon Dynasty rule, followed by Japanese colonialism, and so on.

Even in business, a person has to bow down to their bosses and CEOs as a seniority principle that the Koreans take pride in. Korean start-ups tend to be more practical, and an adult who works in a casual workplace respects the other employees on reciprocity.

Also, it’s essential to learn Korean business etiquette to deal with your Korean colleagues and business people. One such etiquette is that the adults must buy gifts for their first business meeting.

Koreans have a good nightlife. In Korea, you will see people having fun or returning from work, even at 1 AM. Students often work as late as possible, studying and working on their projects. The busyness increases on working days when students are primarily in school and the adults are at their workplace, but weekends are never boring in South Korea.

I hope I have now bridged the cultural differences and made you more aware of this beautiful culture and Korean daily life. Check out the Ling app if you want to learn Korean like a pro. Having fun while learning is the most critical part, which is why we work hard on the gamification of concepts. What could be better than learning while you play?

We have outstanding interactive features to enhance your vocab acquisition and retention, which helps you gain new vocabulary and remember the words for longer. You also get a chatbot to help you kick off boredom while learning simultaneously! Want to try it out? Download Ling App from Google Playstore or App Store to start learning Korean like a pro! 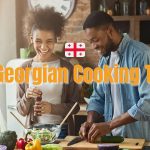 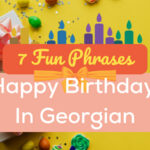 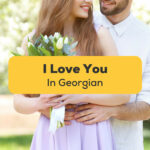 30+ Sweet Phrases To Say I Love You In Georgian 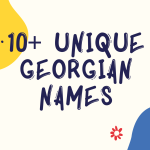 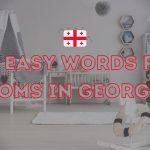 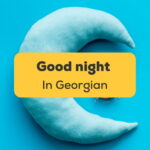