Numerous aspects of Japanese culture set it apart from others; one of these is the unique nature of Japanese marriage. So, if you want to learn more about a Japanese wedding ceremony, keep reading our blog!

We’ve already established that Japan is rich in history and customs. Their unique qualities make them incomparable to anything else. Everything about a Japanese marriage, from traditional wedding clothing to many wedding ceremony styles, has a deep cultural significance. To that end, let’s look at the traditions surrounding marriage in Japan; gaining insight into Japanese marriage culture can help you see the language in a new light and inspire you to keep studying. Then let’s dive into some details regarding Japanese marriage traditions!

While Japan does have a historical wedding ritual, modern Japanese couples also have the option of holding a western-style wedding or even a more informal ceremony with no religious or ceremonial observances. So, let’s have a look at 3 main types of Japanese wedding ceremonies

A shrine is a traditional venue for a Shinto wedding. The wedding guests will be only family members and close friends of the couple that are invited to the ceremony. In contrast, wider circles of family and friends are invited to the reception. Instead of exchanging vows during a Shinto wedding, the newlyweds will raise glasses of sake to each other. Usually, the ritual lasts between twenty and thirty minutes.

Japanese couples hold a party-style wedding to honor their marriage and let their loved ones experience the beginning of a new chapter in their lives. Of course, a stunning park or exotic resort would be perfect for the occasion.

In contrast, many Japanese couples decide not to have a wedding ceremony. They instead only sign up at the local municipal office and get their pictures taken for the registry. Getting married in Japan involves visiting a Japanese municipal government office and filling out specific paperwork; like in other countries, marriage is not considered valid without this registration.

The wedding costume worn by the bride and groom in Japan is one of the most intriguing aspects of the country’s traditional ceremonies. It’s the most remarkable part of Japanese weddings because it is extraordinary and lovely.

Two primary kimono styles are available to Japanese brides for the traditional ceremony at the shine and reception. In addition, we will be introducing you to some fascinating information on various accessories.

The pristine white kimono worn at weddings is known as a shiromuku. Its origins are in samurai culture; however, it is common for Japanese women to wear it nowadays. White, the traditional hue of the kimono, has symbolized the sun’s purity, perfection, and warmth in Japan ever since the Heian period.

Wataboshi, the hood, is an essential part of the Shiromuku. It’s comparable to western customs, where only the groom sees the bride’s face during the ceremony. But in the Edo era, younger ladies adopted this practice. Historically, people wore this hood outside to protect against dust and stay warm. In addition, from the Muromachi through the Momoyama eras, it served as the hood for married women in samurai families. The white wataboshi is exclusively worn with the shiromuku in the open air and never inside or with colorful bridal kimonos.

The brides should wear a colorful kimono to the reception. Multiple meanings may be derived from the hues of a kimono. Green, the color of fresh life and prosperity in Japanese culture, is considered the most significant hue. White represents expansion, blue represents calmness, and red represents undying affection. As a result, it’s not uncommon for Japanese brides to pick red kimonos for their big day.

Brides in shiromuku or iro-uchikake kimonos typically wear a traditional hairpiece or wig in the Shimada style. The name comes from the Japanese for “hidden horns, which indicates the bride’s gentle and humble nature toward her future husband.  Common folk believes jealous women may suddenly grow new horns and become demons.

Men exclusively wear this special kimono during weddings. The kimono, including the haori and hakama, is decorated with the family crest. There’s white, blue, and gray, but the most formal of the set is black. The black one with the five family crests is the highest honor and most formal. In addition, a family crest, the distinguishing characteristic of each house, will be put in the middle of the haori’s back, sleeves, and chests.

In Japan, males often tie the knot in their late 20s or early 30s, while women typically wait until they are between the ages of 29 and 30. Traditionally, males in Japan marry at the age of 28 and women at the age of 26. You may have heard that Japan’s marriage age is delayed, and the birth rate is low. About four new marriages per thousand people in Japan are officially recorded yearly, down from 10 in 1970.

As a result, the Japanese government has launched a campaign to encourage single men and women to have families. For example, in Japan, newlyweds can get up to 600,000 yen, around $5,700, to help them get settled into their new life. The amount can cover the pay rent and other expenses. The goal of the Newlywed Grant Program in Japan is to increase the number of births to married Japanese citizens.

Here is a list of essential words for communication about marriage in Japan.

You can see that Japanese culture and customs are quite rich and worthy of study. Because Japan has a long history and its people value tradition and custom so highly, a Japanese wedding may convey a great story about the country and its people. Visitors to Japan‘s famous shrines still have an opportunity to see a traditional Japanese wedding, even if the country’s marriage rate has dropped for various reasons. If you’re starting to become bored of studying Japanese, going there to see it with your own eyes is the best way to get inspired to keep going.

Meanwhile, if you’re looking to learn Japanese freshly, we can provide you with the best option!

The greatest method to learn Japanese is through Ling!

Our app was designed for people like you who learn best when exposed to a wide range of language-learning materials. So whether you have an Android or iOS smartphone, you can start learning Japanese with Ling’s help. We also provide an extensive vocabulary list that can be learned and used in ordinary conversation. In addition, we provide engaging resources, like a chatbot, quizzes, and puzzle games, to help your progress in mastering the language. 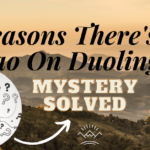 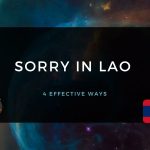 How To Say Sorry In Lao: 4 Effective Ways! 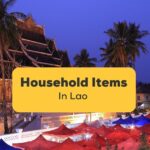 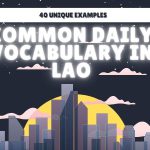 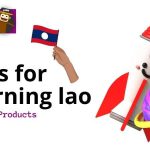 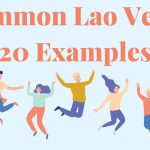