“Is Japan safe to travel alone?” If you can’t get this thought out of your brain, this may be your first trip to Japan without any friends or family members. So what if we guaranteed Japan a safe place? Would you believe us?

We can assure you that the crime rate in Japan is relatively low if that is your concern. And the macrotrend website claims the decline has continued every year since 1998. The low crime rate in Japan is typically attributed to the country’s unique approach to criminal justice, which includes a strong sense of teamwork among police, a more effective legal system, and a prohibition on handguns.

Is there something else you need to feel comfortable taking a first solo trip to Japan? Let us fill you in on some other interesting information about Japan that can help you make up your mind.

Solo Trip To Japan: Is Japan Safe To Travel Alone?

Japan is one of the safest countries worldwide. Don’t let the fear hold you back from exploring Japanese cities, experiencing Japanese culture, and soaking your body in Japanese hot springs. There is so much more to learn and put in your good memories. So, let’s look at how safe this nation is for solo travelers.

Solo Diners At The Japanese Restaurant

Japanese people are increasingly asking for tables for one as the population declines and more people live alone. The bright side is that Japan offers delicious, low-price dining options. Also, it’s packed with Japanese people dining by themselves. One’s Japanese restaurants came up with the “ICHIRAN’s own Ramen Focus Booth,” a booth for one person to sit in and enjoy their noodles in isolation.

If you’re hesitant to taste Japanese food because you fear being alone, know that this is the norm in Japan. You can enjoy the local cuisine without worrying about being a solo traveler at the big table. Many restaurants accommodate a single diner by setting the table with only one seat.

Since it’s fairly uncommon for people to eat alone in Japanese restaurants, it is clear that Japanese society is already accommodating solo female travelers. Moreover, it doesn’t present any special challenges since you won’t attract unwanted attention if you don’t want it to.

Solo Travel By The Japanese Trains

A combination of Japan’s massive rail network and the Japan Rail Pass makes traveling by public transportation an incredible joy. But, if you’re worried about your safety, you may always ask if trains in Japan are unsafe. So we’re here to tell you that it’s not uncommon for kids to use the train alone!

As a woman, you should exercise extra caution when riding the metro during rush hour. There have been reports of men attempting to touch women in crowded trains, but this behavior isn’t typical. To address this issue, they provide special cars for women. The pink signs mark the entrances to these trains, women only, on the station platform.

So, will female tourists be safe for Japan solo travel? The answer is yes. As we said, this isn’t the norm, and they do something to make life easier for women.

Solo Travel In The Capital City

The land of the rising sun is deeply rooted in history and at the forefront of technological innovation, making Japan a well-developed country. Do you worry that if you travel to bigger cities like Tokyo, you may be targeted by scammers?

Fair enough, there are scammers in Japan, but it doesn’t mean you’ll encounter them every step of the way as a tourist. For example, unlike in some other countries, you may experience taxi drivers don’t use meters, and certain tour companies may try to sell you a private tour at an exorbitant fee. It’s unusual to find that kind of thing in Japan.

However, some of Japan’s most typical types of scams are spiked drinks, begging monks, and model scouting. If you’re worried that this will prevent you from visiting Japan on your own, know that you can still do so; you’ll simply need to avoid these scammers on the street.

No matter where you go, as foreign tourists, you may feel some level of anxiety. However, you should know that the crime rate in Japan is rather low. Also, It’s safe to go alone on public transit without getting into a taxi or private vehicle driven by a stranger.

One more thing that can keep your level of confidence higher is the Japanese language skills. If you practice speaking Japanese, you can overcome any barrier you fear because you can communicate with the locals. For example, you can ask them about public transportation and where to see the cherry blossoms.

That’s why we think it’s a great idea to equip your smartphone with the top app for learning a new language!

Get the Ling App for your phone or tablet right this second!

To overcome the language barrier, you should start studying how to speak Japanese now. Since you are in charge of your own schedule, you can study Japanese whenever and wherever suits you best. Now that you have the Ling app on your phone, you have no reason not to learn Japanese. Listening to native speakers while commuting to and from work or school is a great way to discover new words and phrases. In addition, Ling provides various fun and challenging mini-games and puzzles to learn new vocabulary and become familiar with Japanese grammar.

Are you ready to start now? So download the Ling App from Google Play Store and Apple App Store now, and prepare to be fluent in Japanese very soon! 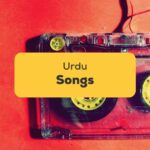 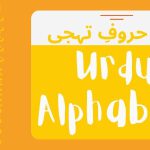 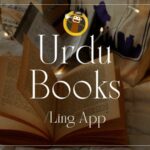 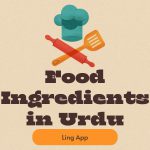 18+ Amazing Food Ingredients In Urdu You Should Know About 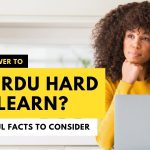 Is Urdu Hard To Learn?: 10 Useful Facts To Consider