Thailand is a multicultural country that has various cultural and religious practices. It is inhabited by several ethnic groups, many of which are marginalized. These ethnic groups are also found in Cambodia, Malaysia, Laos, and Myanmar, and have influenced the traditional culture of the country. Before we start talking about belief systems in Thailand, if you are looking for a detailed vocabulary related to religion in Thailand, you can visit this blog post to check out the words we will be using today, since we’ll not be focusing on that part of the language in this blog post.

In Thailand, the most practiced religion is Thai Buddhism with 94% of the people. There are Muslims in the south, near the border with Malaysia, who make up 5% of the Thai population and represent the country’s second-largest religious group. Christians make up one percent of the population and animists only half that figure. If you have a chance to visit Thailand, you will have the opportunity to visit Buddhist temples or admire a statue of Buddha.

Thai people often visit these places and make offerings at them. Foreigners are welcome, but they must show respect during the ceremonies. Thai Buddhism plays a very important role in the daily lives of Thai people, and that’s why Buddhist monks in the orange cloth are highly respected and play a major role in society.

The most important moral values in the country can be counted as self-control, respect, and a non-confrontational attitude. Public displays of anger or telling lies are a big shame for people. All interactions are characterized by the hierarchy of social status, it is a must to respect the elders and those in higher social positions in Thai culture. People with prestigious positions such as doctors, monks, politicians, and important public figures are also respected. The entire Thai society is built around the family. Even though the society is male-dominated, women command considerable respect both by Thai culture and by law.

Animism is best described as the worship of spirits, or ghosts. The word Animism comes from the Latin word anima and means breath, spirit, and life. Animists are said to believe that almost everything possesses a spirit including plants, animals, rocks, rivers, wind, sun, and other inanimate natural objects and that the physical world and spiritual world are intertwined.

Apart from Animism and Buddhism, Brahmanism is another belief system that is fused together with other practices by the Thai people. Brahmanism, like Animism, practices are focused on Theravada Buddhism, which is the belief in angelic beings or gods. Thai people look to these deities to ensure health, prosperity, and good luck. Such gods as Bhrama and Indra are examples of popular deities.

Thailand’s religion is made up of Buddhism, Animism, and Brahmanism which is also known as Hinduism, all incorporate the worship of spirits and gods who may or may not have merit or good karma. These are the core elements of Thai folk religion. Such beings are used by the Thai people to ask for protection, luck, riches, health, and help with moving on to the next life.

Thai beliefs have numerous superstitions and most of them sound creepy if you ask me. Thai people are grown up with superstitious beliefs. Some of them are still believed to be true, even though I don’t really believe in any superstitions, I think these are worth sharing. Here are the most popular superstitions in Thai folk beliefs.

The real reason: This is a trick that many elder Thai people use to make younger ones focus on what they are doing in the kitchen. One often has to use things like sharp knives and hot utensils, and singing might distract them from what they are doing.

Do Not Sleep Towards The West

“Don’t have your headboard facing the west. It’s the direction of the dead.” This is something you will hear from superstitious Thai folk. It is commonly believed that sleeping with your bed facing the West will bring you bad luck because only dead bodies face West such as at funerals.

The real reason: It makes more sense is that walls facing the West can often directly face the sun all day, making it uncomfortable to sleep during the night.

Do Not Play Hide And Seek At Night

This is the most common superstition in the Southeast Asia region, adults tell kids not to play games like hide and seek or catching at night otherwise an extra player who is not invited will join you.

The real reason: At night, it can be dangerous for kids to play without parents’ supervision in the dark. So parents have many concerns, like their kids getting hurt, lost, or even kidnapped. Those who grew up in more rural areas had the risk of encountering dangerous animals too.

Do Not Clip Your Nails At Night

“Clipping your nails at night will bother our ancestors’ souls!” they say, referring to the annoying noise nail clippers make. And if we disturb them, we will get punished.

The real reason: Using sharp objects at night is never a good idea, especially in the past when the lighting was dim at night. People were only afraid of getting hurt by accidentally clipping a finger.

Do Not Knock Your Plate While Eating

The Thai belief is that knocking on your plates or bowls when eating is a call for spirits to join you for a meal.

The real reason: The secret is plain and simple: good table manners. Parents used this as an excuse to get kids to knock off the habit of making unwanted noise at the table.

Do Not Leave Your Clothes To Dry Overnight

In Thai folklore, Krasue (กระสือ) is an evil spirit that has the form of a floating female head with hanging entrails. She goes hunting for fresh blood and meat at night and cleans her mouth using the clothes that are left to dry outside. Creepy, isn’t it?

The real reason: Leaving your clothes out to dry at night means you may miss it if it rains at night. Also, your clothes could get dusty and dirty.

The Ling App by Simya Solutions is a language learning app that has been used and loved by millions of language learners around the world. There are more than 60 foreign languages, including Thai, waiting for you in the app. It contains practical language lessons and game-like exercises to practice. You can learn any language by using the Ling App for just 15 minutes a day.

So what are you waiting for? Download the Ling App from App Store or Play Store and start learning now!

How To Speak Japanese? 6 Great Hacks For A Shortcut To Fluency 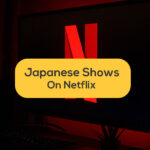 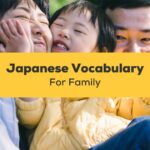 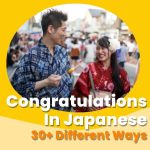 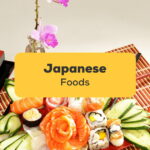 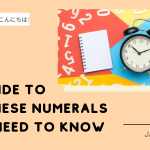