5 Best Tips On Saying How Are You In Malay Language

What are some of the most important things you should know when learning the Malay language? If you have no idea, here are a few things; basic vocabulary, greetings, and thank you. These are some of the most crucial aspects of a spoken language you should learn and acquire if you want to be included as fluent speakers of the language. In today’s blog, we’ll look at how to say how are you in the Malay language.

How To Say How Are You In Malay

Like other languages and cultures, saying how are you is a form of greeting. It’s the universal phrase people all around the globe use when greeting people. The Malaysians too, say how are you to greet someone in a friendly manner. Depending on the context, some may use this expression to ask friends how are they doing in their current studies or jobs, check on someone that may appear sick, or to give an impression to people that you really want to know them.

Let’s see how the locals in Malaysia say how are you:

In Bahasa Malaysia, apa khabar means how are you. Let’s break this phrase down.

Apa is a question word in Malay, which translates to what. Khabar, on the other hand, refers to the news. When put together, apa khabar figuratively means how are you. In the Malaysian context, apa khabar is used in both formal and informal settings – it’s used pretty much everywhere and anywhere you go.

If you’ve been around Malaysia, you’ll hear how this expression is frequently used by the locals to greet each other. How to say apa khabar like a true Malaysian? Here’s how:

If you don’t know learn phonetics (and thus do not know how the above phonetic transcription sounds like), here’s a quick guide on how to pronounce this expression just like a true Malay. Imagine saying “upper” and “car+bar“. That’s precisely how the locals articulate the words. Congratulations! Now you know the hidden secret on how to pronounce apa khabar in Malay the right way (just like a local from Malaysia!)

Just so you know, in the local culture, people normalize the act of handshaking whenever greeting, especially if you and your interlocutor are of the same gender. The act of handshaking is also locally known as ‘salam’ by the Muslim citizens in Malaysia. Typically, when shaking hands, a local would ask how are you to greet someone, right after saying ‘Hai’.

How To Respond To How Are You In Malay?

Now that we know what are the common expression in Malay greetings, let’s find out how to respond to how are you.

In the norms of Bahasa Malaysia, if someone asked how are you, you should answer “khabar baik“ in return.

To clarify, khabar as stated before means news. Baik, on the other hand, is a positive adjective, which means good. Literally, it means good news. Overall, it implies that you’re good/ fine.

Sometimes, Malaysians love to drop the khabar in front and only state baik as an answer, especially in a casual context.

What if things are not okay and you want your friends to know that? Well, you could say “kurang baik“, which means not so good.

Kurang baik = Not so good

Usually, this kind of word is said if the interlocutor is a close friend of yours. And as a good friend, people will usually empathize and understand you’re having a rough and tough time. They’ll ask what’s the matter and wait for you to confide in them. It’s suitable for you to utter these words if you’re genuinely unwell or currently having a bad experience.

Another way to indicate you’re not really doing well is by saying “tak OK“.

These words are often used by friends and families. It’s the casual way of telling those you’re close with that you’re not doing that well. OK is self-explanatory while tak literally means no or in this case, not. It’s an abbreviation from the Malay word, tidak. Tidak translates to the English word no. However, in the Malay spoken culture, people mostly use tak, instead of tidak.

On the other hand, this is another way of responding to how are you in the Malaysian language – by saying you’re OK.

As usual, let’s break these words down. The word OK is self-explanatory – you’d already understood. Je, in this context, means simply. So when you combine the two together, it means you’re simply OK.

For your information, je is a colloquial term – it’s short for sahaja, which literally means only in Bahasa Melayu. Try listening to your Malaysian friends and see how they talk – you’ll realize how this particular word is used on daily basis. However, no one uses the word je when it comes to a formal, high-status ceremony. The Malaysian people will revert to its original word, sahaja, when using Bahasa Melayu in a strictly formal setting.

Let’s add some more knowledge of Malay vocabulary by seeing how to say hello and other Malay phrases and greetings. Feel free to read more greetings in Malay here to find out when to say selamat pagi, tengahari, petang, or malam.

Interested to know more about Bahasa Melayu? Feel free to get yourself the Ling App so you can learn all the basic words, phrases, sounds, pronunciation, and writing in different languages and speak in no time. If you want to learn the Malaysian language, in particular, this app can be your best. All the interactive, game-like features in Ling App are made just so you can speak the acquired languages fast! 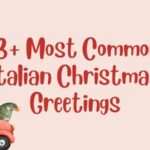 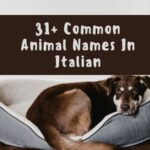 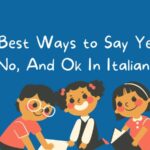 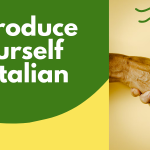 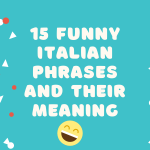 15 Funny Italian Phrases And Their Meanings 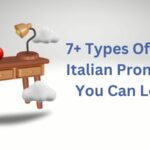