Now we understand that question words are important in language learning. But first things first – what is a question word? Simply put, a question word (or interrogative word) is a function word used to ask or interrogate a person, intending to get answers in response. In English, this is famously called WH -words because most of them are spelled with WH in the beginning (which, why, what).

In today’s lesson, we’ll look at the basic questions in Malay and see how the vocabulary is used to ask and interrogate. If you have taken any extra Malay language courses or any formal lessons to learn Bahasa Melayu, you’d already know how to identify the question words since most of them end with the suffix ‘kah’, such as apakah (what) or siapakah (who). Still, in Bahasa Malaysia, that’s not always the case.

So let’s look at the list of vocabulary for Malay question words and the many ways on how you can use them.

How To Ask Questions In Malay?

The list below is some of the common question words in Bahasa Malaysia:-

Typically, if you have learned the Malay language formally and have gone through formal Malay texts, you’ll understand that the questions in Malay are often associated with the suffix -kah at the end. When words listed above are accompanied with -kah at the back, the sentence will always end with a question mark. Let’s see some of the examples of questions in Malay:

From the sentences, you can observe how the words are accompanied by the suffix -kah. Though these are the basic construction of asking questions in Bahasa Malaysia, you need to bear in mind that these forms only exist in the standard written context of the Malay language. These types of questions can be often found in the education sector, official governmental affairs, and any formal occasions.

In the spoken context, nobody uses -kah when asking questions because, as listed before, they can already stand on their own while retaining its original intended meaning. So, if you want to ask a friend’s opinion, simply say “Apa pendapat anda?“

How To Say What In The Malay Language?

As mentioned before, apa, when translated to English, equates to what. Also, before we dive right into the examples, I want you to remember that all my tips aim to teach and guide you on how to truly sound like a native Malaysian. So this is when I include the phonetic transcription of apa:

From the transcription, you now understand that the locals usually articulate apa with the ‘ə’ sound in the end, such as the vocal ‘e’ in ‘the‘. To make things simpler for you, apa exactly sounds like how you pronounce upper, without the /r/ sound at the end. Try it now! Great – there you go; now you sound like a local Malay! This tip applies to the listed questions before, including bagaimana, kenapa, mana, siapa, and bila.

Malay Question Words – How Do You Use It?

Now you’ve acquired the secret to sound like a true Malay, let’s observe how do the locals normally ask questions in Malaysia. Here I list a few examples of do’s and don’ts for you, along with the English translation.

You can start practising asking in Bahasa Malaysia by following the sentences in the “Do’s” section – the first 3 sentences exemplify how Malay usually sound when they have queries. Take a close look and observe how there’s no -kah at the end of each question – all of them stand in their basic forms (without suffixes) and still carry their individual meaning.

Another pro tip you need to assimilate – sometimes the question word can appear at this back (and this has been habitually practiced by the local speakers). So, instead of saying berapa harga baju itu, you can shift berapa to the end of the sentence:-

Berapa harga baju itu? = How much is the price?

Though the interrogative word is placed differently (one in front and another at the end), both sentences carry the exact same meaning!

How To Say Please In Malay?

Okay, here’s a quick question – how do you typically ask a person to run an errand or perform any task for you? In English, you’d include ‘please‘ right? Sometimes, you generally say “can you help?” The same goes for Bahasa Melayu. In Malay, please and can is translated as tolong/tolonglah and boleh as exemplified in the table above.

Boleh tak awak tolong saya? = Can you help me?

In Bahasa Melayu, can is often translated as boleh, and instead of saying bolehkah to inquire, the Malaysians say boleh tak, which carries the meaning of inquiring if a person is able to do something or not.

A heads up for you – if you want to employ can to ask, you should always include ‘tak‘ right after boleh, because boleh, it stands alone, indicates the meaning of one’s ability or agreement to do something like the English ‘can’.

In the last sentence from the table, we have looked at how Malaysians say ‘please’ in their language; boleh tolong dengar cakap saya – however, this sentence includes both can and please as it has boleh in front. If you want to say ‘please listen to me’, you can omit the boleh in front and add -lah at the back of ‘tolong‘:-

In Bahasa Melayu, tolonglah simply means please. It is used if you want to emphasize, to induce empathy or to plead.

Is it important to ask in the Malaysian culture? Yes – it definitely it! Like how significant it is to greet people in Malaysia, it is important to ask around to enhance your learning progress and add a new input to your knowledge of vocabulary and grammar. Feel free to spend your time learning other basic phrases and expressions in Bahasa Malaysia through Ling App – the best, interactive website that provides you access to learn for free! 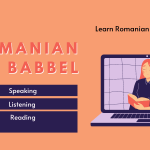 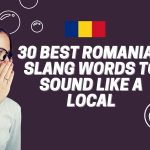 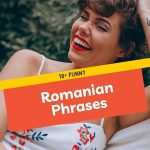 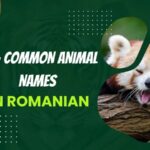