Are you trying to figure out what the Italian sentence structure is? One of the most challenging things for an English speaker is grasping how Italians put together a sentence.

One of the main things to remember is that adjectives are placed before the noun in the English sentence structure (in most cases), while in Italian, it is the opposite.

But, it is easier than one might think; it is a matter of remembering to switch the word order in particular sentences.

An Italian basic sentence structure is actually very simple to remember. It is composed of the following parts:

This is the composition of a very basic sentence structure. A sentence can be more complex and include adverbs and adjectives.

Here are some examples of a basic structure to be used in a sentence:

It is the same sentence structure, but the subject is omitted, and it is implied. The reason is that a native Italian speaker often omits the personal pronoun when speaking.

This can complicate things for a foreigner who tries to learn Italian. But you can determine the sentence’s meaning by understanding which verb is used and how it ends.

Here are other Italian sentences:

What happens When You Add An Adjective To The Italian Sentence Structure?

In the English sentence structure, adjectives are positioned before the noun. For example:

In the Italian language, the adjective is placed following the name that needs to qualify. For example, in the above sentence, “rosso” (red) is positioned after the word “penna” (pen). In contrast, in the English sentence structure, “red” is placed before the word “pen.”

Adjectives are used in a sentence to modify or add qualities to a noun. They are used to describe, quantify, and change the meaning of a noun.

The general rule of thumb you have to remember is that Italian adjectives follow a noun. For example:

Therefore the Italian sentence structure changes as follows when including adjectives:

The following examples can shed some light on how this works:

“Caldo” (hot) is the adjective, and you can see the inverted placement in the English sentence structure compared to the Italian.

Here are some more examples of sentences in Italian with other adjectives:

It is extremely important to remember where to place the adjective correctly; otherwise, when you speak Italian, you might sound illiterate and not natural.

How Does The Italian Sentence Structure Change When There Is An Adjective And Adverb?

Adverbs are used in a sentence structure to modify the meaning of that sentence. They can be used to modify a verb and even adjectives. In the Italian language, the adverb is placed after the verb.

The sentence structure with an adjective and an adverb is the following:

The first example is the following:

Here are a few examples:

Generally speaking, there are few variations between the Italian sentence structure and the English structure. The word order is different when it comes to adjectives and adverbs and, in other instances, such as negative sentences and other few exceptions.

But when you put all the elements together, it is easy to understand how it works.

Would you like to learn more about the Italian language?

If you want to know more about Italian grammar and the Italian sentence structure, you can take the opportunity to download the Ling App.

Learning Italian is now easier than ever! In this learning app, you can get Italian lessons to match your level of understanding. You can learn simple sentences, question words, personal pronouns, and past participle and do a lot of practice.

In addition, we invite you to read our posts on Delicious Italian Food Italian and learn how to say happy birthday in Italian to begin your journey of sounding like a local!

Get the app at App Store and Play Store Happy learning! 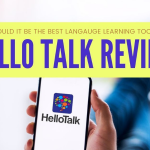 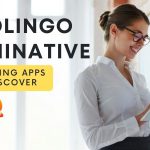 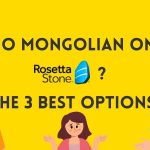 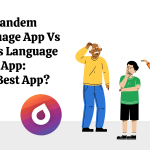 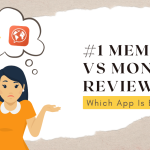 #1 Memrise Vs Mondly Review – Which App Is Better?