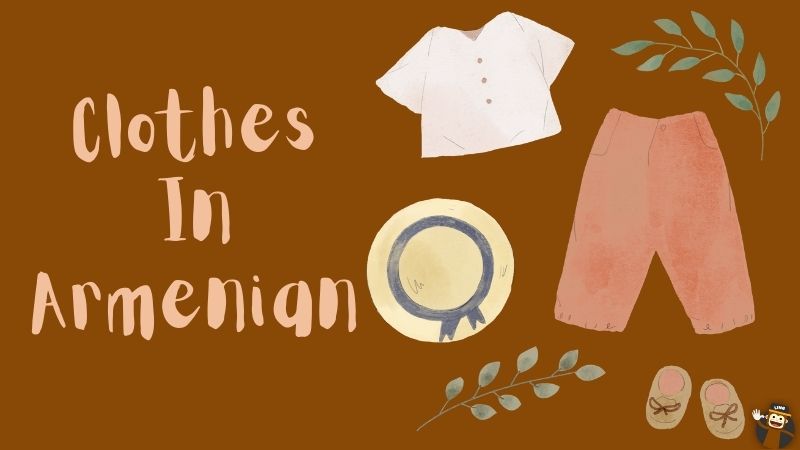 If you ever find yourself in Armenia, a country known for its magnificent landscapes, cuisine, culture, and history, make sure to try on some of the Armenian traditional clothing.

Historical Overview Of Clothes In Armenia

Traditional Armenian clothing dates back to the Urartu period. In their fertile valleys, Armenians farmed wool, fur, and cotton.

Later, Armenians cultivated silkworms and created their own silk. The Armenian traditional attire is worn for generations in everyday life and at celebratory events demonstrating the preservation of Armenian culture, which not only adapts but also influences other nearby countries.

Let us dwell more on the clothes of Armenians.

The Armenian national costume differs by historical and ethnographic regions, with different styles of clothes and features based on the person's age, gender, and social standing, as well as the event. Rich, vibrant textiles were commonly worn. However, there are two main regions in which Armenia's clothing may be found:

Men's attire, particularly the head of the home, was given considerable attention in an Armenian family, as the entire family was judged by their appearance.

Eastern Armenian men's costumes were a bottom shirt and pants which were woven from homemade fabric.

Arkhalig and Chukha were the most common outer shoulder garments in Eastern Armenia.

The hat as headgear was a symbol of dignity and honor for any Armenian man.

Traditional Armenian attire from Western Armenians was brightly colored festive clothes, with a lot of embroideries.

Their headdress reflects the social rank of an Armenian woman. Before marriage, the hair was wrapped back in multiple pony-tails and attached to the cloth.

After the marriage, the Armenian women knotted their hair and wore a unique "Towagon" called Palti on their heads. On both sides of the face, a ribbon containing money such as silver balls and gold coins was attached with a large silver buckle.

Western Armenian women's complex headwear was notable for its exceptional luxury and beauty along with its bright color scheme.

Armenian women wore a lot of ornaments, including pendants, necklaces, rings, bracelets likewise expensive silk fabric. The majority of them belonged to wealthy Armenian women who were involved in the trade.

Armenian folk costumes began to go out of favor in the 1920s and had been nearly totally supplanted by modern attires by the 1960s.

This was a quick introduction to Clothes in Armenia. If you are a traveler then do check out the amazing clothing culture of Armenia for a never-forgetting experience and better keep the Armenian dictionary for a safe side and guidance for a better understanding of Armenian culture and legacy.

Words For Clothes In Armenian

It is important to learn Armenian in order to learn the Armenian culture and you can check out four best apps for learning Armenian but we assure you that you will find Ling App the best. Here are some of the best words in Armenian that you should know about clothing:

And finally, let's look at some words for dresses in Armenian:

That's it for this blog post. Hopefully, you had a lot to learn and now you can decide on the perfect clothes to buy in Armenia for your colleague's gift exchange ceremony. Wearing a long dress with silver threads might be a plus point. If you wish to continue learning this amazing language and stay connected with the Ling App since we aim to provide you with the best knowledge of the entire world. The tips and tricks that you would find on this app will catalyze your learning with impeccable speed. Once you start using this app, you would want to throw your Armenian dictionary outside. Also check out the Armenian slang words and business vocabulary.