China is home to various ethnic groups and languages. As a result, spoken languages in China can be completely different depending on where they are located.

Mainland China, the world’s fourth biggest country at more than 9.5 million square kilometers in size and home to more than 1.4 billion people, features a wide variety of landscapes, from mountains in the west to plains in the east. Therefore, it should be no surprise that global businesses see great opportunities in China’s massive market.

People in larger cities like Beijing, Shanghai, Guangzhou, and others may have a very distinct culture from those in the smaller towns and cities where they live. Because of this, all Chinese television dramas must have English subtitles so those who don’t speak standard Chinese but can read the text may still enjoy the shows.

Curious about spoken languages in China? Discover our guide below!

How Many Languages Are Spoken In China?

Hundreds of other languages are spoken in China, but 92 percent of the population speaks the standard Chinese based on Mandarin. The remaining 8 percent of China’s population speaks one of the approximately 300 minority languages. At least nine language families can be referred to as the languages spoken by Chinese citizens. So let’s take a look!

In this blog, we’ll introduce you to the Sino Tibetan language family, which has 10 primary dialects related to Chinese languages (or 汉语, Hànyǔ).

In case you’re confused, we’ll go through the distinction between Zhongwen and Hanyu. The term 中文 (Zhōngwén) is used to convey the written Chinese language. It’s intended that 汉语 (Hànyǔ) represent every variety of spoken Chinese. More specifically, Hanyu refers to the Han language spoken by the Han people, the ancient name for the Chinese.

There are ultimately 10 distinct Chinese dialects spoken. So let’s study all of the languages listed here!

Most of China’s population speaks this group, making it the national language found in the north and southwest. Standard Chinese often called “Mandarin” or “Chinese” is based on the Beijing dialect. Both mainland China and Taiwan integrate Mandarin into their curricula; however, Chinese people use simplified Chinese characters, and Taiwanese people use traditional Chinese characters.

There are hundreds of different languages in Wu Chinese. Shanghai, most of Zhejiang, and the southern regions of Jiangsu and Anhui are home to speakers of the Wu dialect.

These people are also referred to as Hunanese. Hunanese is spoken mainly in Hunan province but also in northern Guangxi and suburban areas in located Guizhou and Hubei provinces. People who speak the Xiang language dialect have played a significant part in reform and revolutionary movements across Modern China, including the Chinese Communist Revolution. Famous people who speak Xiang include Mao Zedong, Huang Xing, and many more.

This community has its roots in the mountainous uplands of Fujian and eastern Guangdong. Numerous Southeast Asian Chinese living abroad speak Min. However, most people outside of Fujian speak Southern Min, often called Hokkien-Taiwanese.

A subset of Han Chinese resides in the mountains of Guangdong and Fujian provinces, as well as other regions of southern China. And Southeast Asian countries include Singapore, Malaysia, Indonesia, and Taiwan.

Gan is a dialect family spoken in Jiangxi, China, and its surrounding territories. Historically, it was thought to be linked to the Hakka language.

Many people refer to them as “Cantonese” when referring to the entire group. Immigrants have spread the language of this group from the provinces of Guangdong, Guangxi, Hong Kong, and Macau to Southeast Asia and beyond.

It’s spoken in the Shanxi province and the surrounding territories, which were once considered part of the Mandarin-speaking provinces.

Used throughout southern Anhui, it shares characteristics with Wu, Gan, and Mandarin but can’t be reliably categorized as any of those three languages.

The ancestry of these dialects may be traced back to the first people in Guangxi, far before the arrival of Yue and Southwest Mandarin speakers. People then consider their language to be a hybrid of Yue and Xiang.

Clearly, a country as large as China has a wealth of cultural traditions. The vast scale of China’s people has resulted in an incredible number of regional dialects. Do not be surprised by the large number of dialects we listed, but learning at least one official Chinese dialect, such as Mandarin, will be essential for your survival in mainland China. Learning other Chinese dialects will be a nice bonus if you put in the effort.

There are so many spoken languages in China that the country itself sounds vibrant and culturally diverse. So, what if you wanted to learn more than 60 languages using only one application?

We offer quality, innovative, and effective language learning apps at Ling. The program that provides access to Chinese language study materials regardless of location and time of day greatly benefits anyone wishing to learn the language. If you’re learning Chinese, you’re almost certainly focusing on Mandarin, the official language of China and one of the most widely spoken languages in the world. 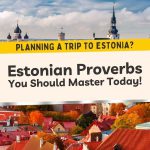 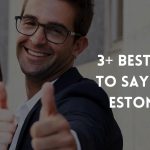 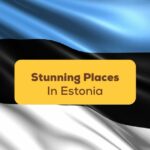 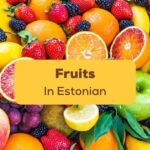 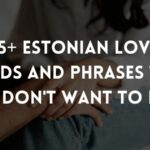 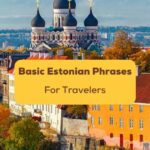