Are you looking for some of the best Slovenian shows on Netflix and other such platforms? Then look no further! From comedies and dramas to thrillers and crime, we’ve got you covered with the top five best Slovenian shows available to stream on various platforms you already use. Whether you’re looking for a show to binge-watch, something to introduce you to Slovenian culture, or just a series that will entertain you, this list has it all. Read on to find out which shows you need to add to your watch list!

Slovenians love TV series and movies as much as anyone else does. They enjoy each episode and season streaming on the first page of Netflix. And if you’re learning the Slovenian language, there’s nothing more that we can recommend than to watch these amazing movies we have for you today. Let’s get started!

The Last Ice Hunters is a stunning documentary created by two Slovenian directors, Jure Breceljnik and Rozle Bregar. It follows the life of the Triglav region in Slovenia, home to the last remaining glacier ice hunters in Europe. Through their story, viewers and language learners like you can get an intimate look at this unique population’s traditions, lifestyles, and values.

The film immediately captures the audience’s attention with its captivating opening scene, immersing them in Greenland’s unique culture and way of life as seen through its inhabitants’ perspectives. The film’s authenticity is reinforced by its breathtaking shots and expert editing, effectively conveying the beauty and fragility of living in harmony with nature. The story ultimately builds to an emotionally poignant climax. Viewers will also get an insight into the spiritual importance of ice-hunting to the people of Triglav.

This ancient ritual is seen as a way for them to connect with their surroundings and each other. As the men venture into the mountains and explore the history of their land, viewers gain a unique insight into their culture. The Last Ice Hunters is a captivating watch that beautifully captures the traditions and spirit of these unique people. Their story explores their challenges and close connection to their land. It’s a must-watch for anyone interested in Slovenian culture or those looking for a fascinating documentary experience.

Drevo (The Tree) By Sonja Prosenc

Drevo (The Tree) is a Slovenian film released in 2014 by director Sonja Prosenc. It began with a young boy climbing into his mother’s bed at night and telling her a story to ease his nasty dreams. The story is told through a voice-over as the boy, and his mother’s non-verbal exchange is shown on screen.

The cinematography, orchestrated by Mitja Licen, is noteworthy for its use of light to convey the feeling of exile and the dreamlike state associated with it. The film’s setting, a house, becomes a central element in the mystery and emotion of the film. The film was a part of the East of the West competition at Karlovy Vary.

Drevo explores what it means to be family and how love and support are still crucial values, even in the most trying times. The cinematography of Drevo is stunning, with beautiful shots of the island the two brothers live on. It’s a perfect setting for such an intimate story and captures the emotions of the characters with ease. The soundtrack also adds another layer to the story and helps to create an atmosphere of tension, sorrow, and hope.

Drevo is a powerful story about family, loyalty, and love. If you’re looking for a heartwarming tale that will leave you thinking about it for days to come, this is the perfect movie.

“Razredni Sovraznik” is a powerful and thought-provoking film that delves into the complex emotional lives of high school students. The film centers around a group of teens struggling to come to terms with the suicide of one of their classmates. The students, who were all close to the deceased, must confront their guilt and responsibility as they try to understand why their friend took their own life. The film explores society’s pressure on young people to succeed academically and how this pressure can lead to feelings of hopelessness and despair.

The film is also a commentary on the education system and how it often fails to address students’ emotional and mental health needs. The film’s teachers are portrayed as insensitive and unresponsive to the student’s emotional needs and struggles. The film is directed by Rok Bicek, who was praised for his ability to capture teenage characters’ raw and unguarded emotions.

The cast’s performances, including young actors and actresses, have been widely praised for their authenticity and emotional depth. Overall, “Class Enemy” is a poignant and thought-provoking film that offers a powerful commentary on the emotional lives of young people and the societal pressures they face.

Ivan, a retired music teacher in his late 70s, feels disheartened with life. He is disappointed in his estranged son, envious of his brother, and unable to keep up with the changes around him. To find peace, he purchases a plot in a graveyard with a view of the Alps and moves into a retirement home to wait for his death. However, instead of finding peace, Ivan begins to live for the first time in his life truly. The show has been praised for its touching story, raw emotions, and powerful performances.

The cinematography is stunning and captures the beautiful Slovenian countryside. At its core, Srecen Za Umret is a story about finding happiness in life’s darkest moments. Through its vivid characters and story, it brings to life some of the most important lessons we can learn from grief – that we can still find joy even in our sorrows.

“Izlet” (also known as “A Trip”) is a 2011 Slovenian comedy-drama film directed by Nejc Gazvoda. The film tells the story of three friends in their 30s who take a trip to the countryside to celebrate their last days of freedom before one of them gets married. The trip becomes an opportunity for the friends to reminisce about their past, reflect on their present, and confront their future. The film excellently explores friendship, nostalgia, and the passage of time. It also deals with the characters’ struggles to find meaning and purpose in their lives as they reach a turning point in their lives.

The film was critically acclaimed and was well-received by audiences. It was nominated for several international awards, including the 2012 Tribeca Film Festival. The film was also nominated for the best film award at the 2012 Vesna Awards, the national film awards of Slovenia.

Overall, “Izlet” is a thoughtful and introspective film that reflects on the complexities of friendship and the challenges of the world growing up.

If you want to learn more languages, then check out Ling, which offers amazing features to help you master 60+ new languages. Since it’s an app you can install on your device, you can choose your own hours and learn anytime! The only requirement? Spend 10-15 minutes daily, and you’ll be surprised at how quickly you’ll see results. Download the Ling App for free now from the Google Play Store or App Store and start learning the Slovenian language the right way! 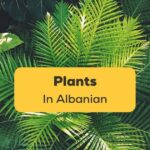 Plants In Albanian: 3 Most Popular Plants 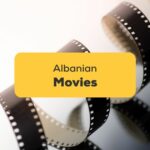 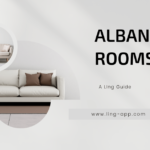 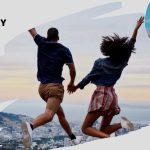 20+ Easy Albanian Vocabulary For The Airport 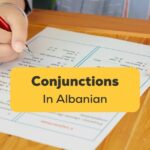 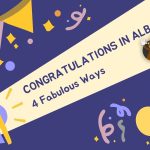