Now you can learn to speak Catalan just in time for your Christmas vacation or study abroad program in Eastern Spain. Keep reading to learn more about the Catalan language and how Ling is the best app for learning Catalan!

Why Learn The Catalan Language?

Why should you learn Catalan? It’s a good question.

Catalan is, quite simply, one of the oldest languages still in use today. It’s even older than Spanish, which is believed to have originated sometime around the 12th century.

Impress native Catalan speakers with your language skills. Outside of Europe, Catalan is not as well-known a language. Schools in the U.S., for example, typically only offer classes in the Romance languages of Spanish and French. So, think how surprised a Catalan person will be if you can speak Catalan!

Where Is Catalan Spoken?

Catalan is the native language in Andorra, Catalonia, Valencia, and the Balearic Islands. There are a total of 4 million native Catalan speakers around the world and 5 million people who use Catalan as a second language.

Don’t forget that Catalan also refers to an ethnic group and culture.

What are some markers of the Catalan ethnic group?

Known as Catalans, these people are native to Catalonia and speak Catalan as their first language. Depending on who you ask, some will also categorize anyone who lives in the surrounding areas where Catalan is spoken as Catalans.

Generally speaking, Catalans are friendly, but they value independence and freedom. Since Catalan is a recognized nationality in Spain, Catalans have a great deal of political autonomy. In fact, a recent survey found that 46.7% of Catalans want independence from Spain.

What are some markers of Catalan culture?

Catalan culture is distinct. Here are some highlights of the culture:

Is Catalan The Same As Spanish?

This is one of the most commonly asked questions when it comes to Catalan.

In short, no, they are not the same. Catalan is an entirely distinct language from Spanish. But if they sound so similar, what’s the difference?

If you want to know the difference between Spanish and Catalan, look at the conversation below:

Can you see the difference now?

Is It Hard To Learn Catalan?

Catalan isn’t hard to learn, especially if you have some previous experience with Romance languages or the English language.

Most Romance languages are classified as category I languages, meaning they should take around 24 weeks, about 6 months, to reach proficiency. With a bit of time, effort, and practice every day, you can be fluent in Catalan before you know it.

What Kind Of Catalan Vocab And Phrases Will Ling Teach Me?

Ling aims to be a language app for everyone, meaning you’ll find Catalan vocabulary for beginners and experts.

We also ensure our app offers a well-rounded education, meaning that there are an equal number of exercises for speaking, reading, writing, and listening. That way, one language skill isn’t overdeveloped in comparison to another.

Let’s look at some of the Catalan vocabulary and phrases you can learn with Ling.

Here’s one beginner Catalan word and phrase you can learn now:

If you want to learn a Romance language like Catalan, Ling can help!

There are tons of language apps out there, but with Ling, you get:

The best app for learning Catalan is here. With one click, you can download the Ling app from the App Store or Play Store today and start learning our newest Catalan language course!

Ling is always looking for new language courses to add. If you have any suggestions or recommendations, feel free to leave them in the comments below! 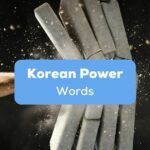 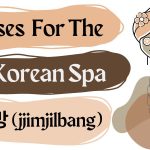 33+ Best Phrases For The Korean Spa: All About 찜질방 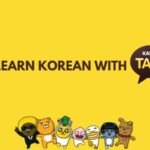 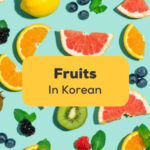 10+ Incredibly Delicious Fruits In Korean You Should Try (Vocab & Sounds) 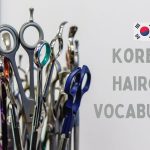 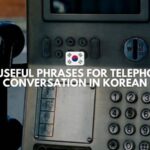