In today’s Latvia, especially in metropolitan areas, trendy western fashions such as jeans and shoes are commonly worn. Traditional Latvia clothing differs by location and is frequently worn during festivals and other gatherings. During the 19th century, German fashions affected clothing in the United States, introducing knitted socks, gloves, and mittens. Red, blue, grey, green, and cream are traditional hues of Latvia clothing.

One of Northern Europe’s Baltic republics, Latvia has a rich past that has influenced its distinct culture. Its history is intertwined with the major powers that are surrounding it, particularly the Soviet Union. This Ling app‘s article looks at some of the Latvian’s own specific traditions and characteristics of Latvia clothing and clothing accessories.

Women wear bright monochrome skirts, coats, and bodices over their linen shirts. Men wear long shirts with vests and overcoats, which might be short or long. Crowns for unmarried teenagers and young ladies and headscarves for married ladies were common head coverings.

In addition, silver brooches with thimble-like bubbles and red glass pebbles or beads were Latvian women’s favorite jewelry pieces. They got the jewelry items by trading with Russia, Scandinavia, and even the Middle East.

The folk dress has played and continues to perform a significant symbolic role in preserving national values and cultural heritage and developing a shared social awareness among Latvians. Nowadays, traditional folk attire is worn for both personal and national celebrations. The clothing reveals a person’s social level and the origins and customs of a specific Latvian area.

The use of bronze in the dresses of Ancient tradition — rings, spirals, and brooches – is well known. Clothing made of locally grown flax and fleece was worn by men and women, while shoes and hats were typically made of domestic or wild animal furs and leather.

The most prevalent color of Latvia clothing was natural white festive shawls and grey of linen and wool, according to records from the 18th century (Johan Christoff Bronze 1742-1823). During the century, men wore homespun coats, usually natural grey and embellished with crimson, green, or dark blue cord. Latvian people wear linen overcoats in the summer, and in winter, they wear heavy homespun woolen or fur coats.

Latvian women continued to choose linen shirts. The apparent upper half was fine linen, whereas the concealed part beneath the skirt was coarse linen. Women’s ethnographic Dress was long skirts, jackets of various lengths, and woolen shawls to conceal their shirts.

There are five larger areas in Latvia, each with unique traditions, including spoken accent and dress culture. The main differences across the areas may be seen in women’s clothes, such as color schemes, different cuts, compositions, and needlework. In Latvian apparel, the ornamentation of shawls, mittens, stockings, and sashes differs by area.

The skirt, which was multicolored and came in many different forms, was the brightest garment of women’s wear in Vidzeme. Stripes were prominent in the first part of the nineteenth century, while tartan gained popularity in the second. Adorned men’s trousers and vests were embellished with stripes when stripes predominated.

Meanwhile, the beautifully and richly embroidered ornaments white woolen shawls stretched halfway down the wearer’s calf. Silver brooches held the white celebratory shawls in place, but capes and scarves are never fastened. Married women covered their heads with tower-shaped hats, mainly made of white linen and occasionally fastened with a silk scarf, across Vidzeme.

Kurzeme’s clothing not only the traditions of Latvians but also reflects Poles, Estonians, and Lithuanians. saw significant alterations in the second half of the nineteenth century. The brilliant chemical or naturally dyed colors, to be precise. Bright stripes first appeared in the north and east of Kurzeme, followed by a vibrant crimson in the southwest.

What’s more, the ornamented lower edge, occasionally formed from a strip of a contrasting color, distinguished the bright monochromatic skirts. Similarly, men and women both wear bronze belts in some regions of Kurzeme, while individuals in the seashore districts wore small amber brooches.

Zemgale dress is typical of a border region in that it has little relation to neighboring Lithuanian clothing. Nonetheless, with vertical weft-patterned stripes, it has created its distinct look. The rose motif is the most popular, followed by the zigzag, diamond, and triangular patterns. Above the skirt is a wide woven sash with patterned red suns and crosses alternating on a white backdrop, finished with a thin blue or green thread running along the centerline.

The linen shirt, structured like a tunic with sewed-in shoulder pieces, is a standout item. This characteristic exemplifies an ancient Baltic practice that isn’t seen anyplace else. Vertical stripes with batik yarn or tiny patterns characterize the most traditional and most typical sēlija skirt. Herringbone motifs, zigzags, and twisted bicolored yarn are examples of other patterns.

The Latgale area has the most international influences (Estonians, Russians, Belarussians, Selonians, and Lithuanians). The lower border of the skirt was frequently lined with a red-patterned lining. Linen tunic shirts in the south were more conventional and traditional cut, with a relatively small red-decorated shoulder piece.

Further, vertical stripes of organically colored but vibrant colors ran vertically down the skirt. The size and highly embroidered ornamentation in the dark blue, yellow, green, and red define the white shawls (woolen) of this region of Latvia.

You might wish to study Latvian when you have gained a deeper grasp of Latvia clothing. If you plan to stay or visit Latvia, you must be able to communicate in Latvian.

Simya Solutions‘ Ling language learning software makes language learning fun. You may study your target language while playing games and taking tests. So go ahead and download the Ling app or go to our website to learn your chosen language swiftly. For example, read our posts on “cheers in Latvian” and “basic Latvian words and phrases.” 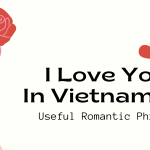 I Love You In Vietnamese – Useful Romantic Phrases 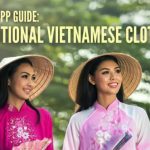 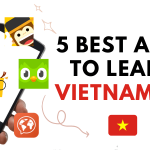 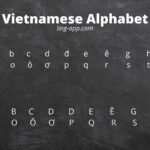 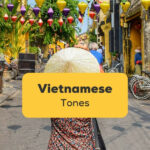 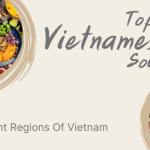