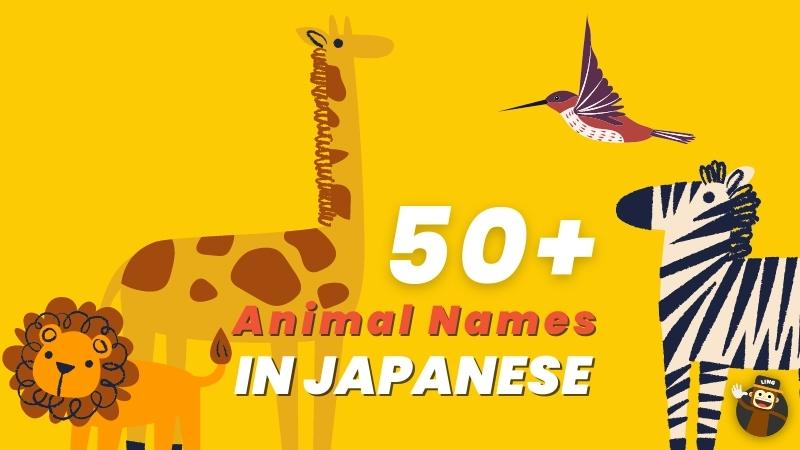 The environment in Japan is superb for various animals or 動物, pronounced as doubutsu. Because of this, there’re a bunch of animal names in Japanese to memorize.

As such, Aoshima, Japan’s most well-known cat island, is an absolute must-visit for every cat lover. However, if you are a wild animal lover and would appreciate feeding deer in Nara, you should definitely go there. The same can be said if you want to see some fascinating and strong animals, such as the red fox, then you should book a flight to the northern part of Japan. A trip there will reward you with the sight of adorable fluffy red foxes with stunningly charming eyes.

Surprisingly, Japan boasts fantastic geographies for different animals, making it possible for visitors to explore the country and observe their favorite animals in their natural environments. Talking about animals makes time appear to drag on forever. In light of this, we’ve decided that now is a perfect moment to learn Japanese animal words.

According to the latest data, Japanese people typically own dogs or cats as pets, while almost 70% of Japanese people do not have pets in their homes. As a result, we think it’s a good idea to start by providing a Japanese vocabulary list for some of the more common animals seen across the country. All right, then, let’s have a look.

To discuss animals in Japan without addressing fishes would be a dishonor to the country’s location as an island nation surrounded by oceans. In Japanese culture, fish is more than just a meal; it’s also a source of artistic inspiration and a thing to be treasured for its aesthetic value. In any case, Sushi and Sashimi are the first things that spring to mind when you think about well-known Japanese cuisine. So let’s study the Japanese names of several common marine mammals together.

Animal sounds are not always agreed upon in translation. The same is true in Japanese and all other languages. For example, when speaking English, American dogs typically use the word “woof woof,” but their Japanese counterparts use the phrase “wan wan.” We think you’ll find this information fascinating and want to share it with you. To get some amusing practice making Japanese animal sounds, check out the table below.

You will certainly have the opportunity to talk about animals with locals in Japanese, even though a minority of Japanese people own pets. Therefore, an animal-related Japanese vocabulary list is a must-learn. For instance, if you’re looking for a place to watch deers in Nara, you should consult with some locals. Though you may not be able to form a full sentence in Japanese, you may be able to specify a keyword such as 鹿 (shika), which means a deer. Thus, Japanese people will understand what you mean.

What if you meet some native Japanese speakers and want to engage in a discussion about animals, but you find yourself at a loss for words? If you don’t want that to happen to you, brush up on your Japanese animal names now. If you need help, the Ling app is always there for you.

Improve your Japanese language skills anytime, anyplace, with our impressive collection of useful Japanese words and phrases. Ling’s simple interface and well-designed language-learning tools will help you make steady progress as you practice them. There’s no need to worry about boredom when using our app to study Japanese because we’ve included various entertaining features, such as mini-games, fun quizzes, and grammar lessons. We all know that one of the best methods to learn Japanese is through conversation with native speakers. But suppose you don’t have a connection to a Japanese-speaking buddy? We strongly recommend that you give Ling’s Chatbot a go. Ling can hold talks with you on a wide range of everyday topics.

Do you wish to start learning Japanese at this minute with Ling? So download the Ling App from the Google PlayStore and Apple AppStore now, and prepare to be fluent in Japanese soon! 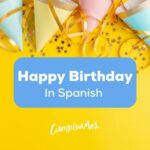 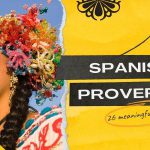 31 Meaningful Spanish Proverbs To Fill Yourself With Wisdom 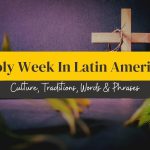 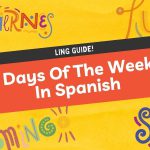 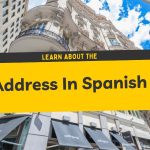 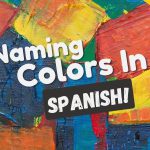