You’ve come a long way in learning Bosnian, but it’s time to brush up on basic vocabulary. If you’re also interested in knowing more about Bosnia, let’s dive into the country names and nationalities in Bosnian language.

War and human rights? Who knew the connection these have with languages? Languages are crucial to understanding who you are as a citizen of your country, especially having an exclusive national language.

But did you know Bosnia and Herzegovina didn’t experience having their official language until a peace agreement occurred? Bosnia And Herzegovina was part of the former Yugoslav Federation and other empires that ruled the Bosnia Region and its neighboring areas.

This issue meant they needed to learn other languages like Russian, Arabic, Turkish, German, Czech, etc. After the war, the people of Bosnia and Herzegovina had separate entity governments and could freely enjoy speaking all three official languages – Bosnian, Croatian, and Serbian. If your first language is any of these, you’ll be surprised to see many cognates that make Bosnian easier to learn.

Eager to learn Bosnian quickly? We’ve got the right mobile app for learning languages in this article. But first, check out how to write, read, and pronounce country names and nationalities in Bosnian.

Why Are There Many Nationalities In Bosnia And Herzegovina?

In some countries, languages came independently, conceived by the urban population or the constituent (peoples’ elected officials to represent the whole country). In this matter, many countries, particularly in Southeast Europe, had to endure the massive invasion of the Ottoman Empire, Germans, Russians, Italians, and other Axis powers before having their constitution.

But why is it such an essential matter for language? It’s best to know more about which locals of countries and various nationalities are present in Bosnia today. These countries neighboring Serbia, Czech, Bosnia, and Herzegovina, shaped the languages they all know today.

Below are some of the causes and effects of why there are many nationalities in Bosnia and Herzegovina.

Explore The History Of Kingdoms And Rulers In Bosnia And Herzegovina

Bosnia & Herzegovina wasn’t born as an independent country. Instead, the country came from different empires and ruling states. During the Pre-colonial era, Bosnia and Herzegovina were two entities separate from each other. It had a community with many people speaking different languages and cultures. There were a series of rulers from the Eastern Roman Catholic empire, the Austria-Hungary Empire (Hapsburgs), to the Ottoman Empire.

According to the European Charter for Regional or Minority Languages, these languages are spoken in Bosnia and Herzegovina: Turkish, Arabic, Italian, German (Danube Swabians), Jewish (both Laddino and Yiddish), Albanian, Montenegrin, Rusyn, Romani, Polish, Hungarian, Macedonian, Slovak, and Slovene. There is present ethnic segregation that still exists today due to the effects of World War I and II.

Political Affiliation And The Current Government Of Bosnia And Herzegovina

As you might have known, Bosnia and Herzegovina is under the former Yugoslavia empire along with the Serbian republic (including Kosovo and Vojvodina), North Macedonia, Croatia, Montenegro, and Slovenia.

So you might be thinking why this information is essential for language enthusiasts. So you will be aware of how languages spread through this beautiful country. Today, Bosnia & Herzegovina is a Federal parliamentary directorial republic, and the government allows anyone to learn a language they want to know. Studying Bosnian, Croatian, Serbian, and other languages are part of the educational platform from the elementary tier to higher education courses.

Country Names And Nationalities In Bosnian

The Bosnian word for “country” is Država.

The United Nations now recognizes Bosnia And Herzegovina as an independent parliamentary democracy (enjoying a democratic government in some forms). Being an open country means many nationalities and tourists from other countries flock there.

With over three million people speaking Bosnian as their native language worldwide, you’ll not run out of resources to learn. But we’ve already covered you with this free list of vocabulary words for countries and nationalities. As a native English speaker, you’ll be happy to know that many of these countries and nationalities look precisely as they are spelled in English. Learn Bosnian by practicing how to pronounce countries with these examples.

The Bosnian word for “nationality” is državljanstvo or nacionalnost, and you’ll need to remember how to write it while filling out passports and identifying as a tourist. It will also help introduce yourself to the international community if you meet many foreigners while visiting Bosnia. Some healthcare institutions or national government forms require you to fill in these specific data. What are you waiting for? Learn the official name for each nationality below:

And that’s it! We hope you’ll enjoy this vocabulary list when you visit Bosnia And Herzegovina. You might enjoy studying higher education there, having a business transaction, or just visiting as a tourist. Connect these words with other Bosnian words you’ll encounter as you level up in the Bosnian language.

Don’t forget to check out important Bosnian words about transportation since you’ll meet new friends and need to move often. While discovering friends along the way, there are many basic words in Bosnian you can say to impress them.

Imagining a piece of history is fantastic when you know how much a language has developed over the years. For some people, it’s hard to multitask with the various languages they’re studying. You’ll be glad to know that Bosnia and Herzegovina is now using Bosnian as its official language.

Why find yourself lost in the streets of Bosnia and Herzegovina when you can master Bosnian through the Ling app? It’s a great way to kill time while traveling, but you can even become productive at home too! You’ll become fluent without traveling to Bosnia and Herzegovina with various puzzles, interactive games, and an AI chatbot to practice speaking Bosnian. Download the Ling app on the Play Store or App Store and communicate with your Bosnian friends worldwide! 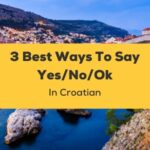 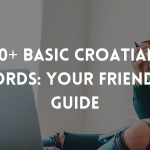 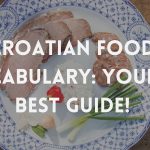 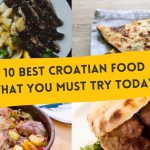 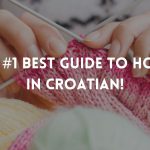 #1 Best Guide To Hobbies In Croatian 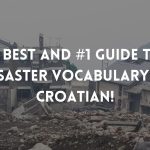