Although their native language is split into three, you’ll find many similarities in accents and lexical differences regarding specific ethnic words. Former Yugoslavia also had many widespread dialects and languages after the 1990s Yugoslavian war.

With that in mind, you’ll find that the spoken languages in Bosnia and Herzegovina helped many of their citizens become multilingual due to language acquisition. So if you’re a person who loves learning new languages from the same family, we’ve got you covered with tips in this article.

Don’t miss out on which spoken languages in Bosnia and Herzegovina will pique your interest. If you’re ready to learn, keep on reading!

Why Is Bosnia And Herzegovina Multilingual?

A glimpse of Bosnia and Herzegovina shows that the country underwent a series of language changes. After the Ottoman Empire successfully conquered territories in Eastern Europe, many of the colonies began adapting their religion and language. The Christian Bosnians adopted the Arabic and Turkish languages spoken by the ruling authority of that time.

Afterwhich, more political tensions rose and soon scattered the existing languages spoken in Bosnia and Herzegovina. They faced new laws on the language used for education and religious teaching. Finally, the transition of Bosnia and Herzegovina into an independent state made Croats, Serbians, and Bosnians enjoy each spoken and written language freely.

A diversity of native languages spoken in Bosnia and Herzegovina made foreign languages welcomed by many. Today, you’ll find many bilingual children encouraged by the government to become fluent in at least one official and foreign language.

Being multilingual also helps learners like you learn languages faster and easier than those who grew up speaking only one official language. So if you know Serbian, Croatian, or any South Slavic languages, you’ll find it easier to study the spoken languages in Bosnia and Herzegovina.

Official Languages Of Bosnia And Herzegovina

The population of Bosnia and Herzegovina is always diverse, both for ethnic and religious reasons. The Bosniaks (also known as the Bosnian Muslims) speak the Bosnian language with approximately two to three million native speakers.

The Bosniak language, also called the Standard Bosnian, is derived from the Shtokavian dialect, which uses the Ijekavian pronunciation. The original text in Bosnia and Herzegovina was “Bosančica,” a medieval Bosnian alphabet taught before the Ottoman empire.

The high population of Bosniaks explains why Bosnian is the common language in the country. If you’re staying in Bosnia and Herzegovina for work or just for a vacation, we recommend you start learning Standard Bosnian first. Learning Bosnian greetings and essential phrases will give locals a great impression that you’re interested in learning more about them.

Like Bosnian, Croatian came from the Shtokavian dialect with the Ijekavian pronunciation. The Croatian language has over four hundred thousand in Bosnia and Herzegovina and at least six million speakers worldwide. You’ll find other speakers of Croatian in Croatia and the Serbian province of Vojvodina.

Croatian is also the mother tongue of some immigrants in Austria, Switzerland, Hungary, Slovakia, and Slovenia.

Bosnian Serbs make up the population that uses Serbian, with over 1 million speakers locally and at least seven million speakers of Serbian worldwide. The Serbian language also has loan words rich in Persian, Turkish, and Arabic during the Ottoman Period. You’ll also find Serbian easy to pick up if your native language is any of these three. Both Bosnians and Serbians use the Shtokavian dialect in Bosnia and Herzegovina. Meanwhile, the country’s locals, Serbia, use the Ekavian dialect. Croatian, Bosnian, and Serbian come from the Proto-Slavic language and have at least three dialects – Shtokavian, Chakavian, and Kajkavian.

A Quick Tip Before Learning Any Of The Official Languages

Customary to respect due to political ties and tradition, foreigners visiting Bosnia and Herzegovina for the first time shouldn’t say that only Croatian or Bosnian or even just Serbian is the official language of this country.

These three are independent languages officially recognized by their national government and worldwide. However, you can freely choose one of the spoken languages in Bosnia and Herzegovina to focus on.

There are at least 17 minority languages in Bosnia and Herzegovina.

Although the minority languages are not required to be taught in schools, the government highly encourages studying them. Montenegrin, Albanian, Slovak, Bulgarian, and Romanian are the most prominent Eastern and Western European languages spoken in the country.

Other Dialects In Bosnia And Herzegovina

Apart from the minorities, the Slavic languages also contributed to fragmented languages and dialects in Bosnia and Herzegovina.

As mentioned earlier, variations of widespread dialects and languages are now transformed into Standard Bosnian, Croatian, or Serbian. However, these dialects are still used by ethnic communities thriving in Bosnia and Herzegovina and some parts of former Yugoslavia.

Here are a few of them.

Other Foreign Languages Spoken In Bosnia And Herzegovina

Apart from the standard Bosnian, Croatian, and Serbian languages, many foreign languages emerged in Bosnia and Herzegovina’s geopolitical history.

World War 2 prompted Bosnia and Herzegovina to speak Russian, which was obligatory in

primary and secondary schools. Some universities even encouraged students only to study Russian. Other foreign languages rose to popularity after immigrants moved to Bosnia and Herzegovina after the Austro-Hungarian period and the reign of the Kingdom of Yugoslavia.

Today, French, German, and Turkish are among the famous options for various language courses in universities. You’ll also find language learners enrolling in Italian and Ukrainian for online language courses.

For non-Baltic and Slavic languages, English is by far the most popular and widespread language taught in schools and at home. If you’re planning to learn languages fast, we recommend you start listening to natural conversations of Bosnians, Serbians, or Croatians. This language learning method is called language acquisition.

Which Alphabet Does Bosnia And Herzegovina Use?

Learning these alphabets is essential if you want to write to any of the Serbians, Croatians, or Bosnians because they are all using both alphabets for official documents and informal communication.

Which Bosnia And Herzegovina Language Should I Start Learning?

So you might be thinking, “since there are three official languages, which one should I begin studying?” Your priority in learning any new language should be based on which language sparks interest you the most.

Depending on your primary language, you may have to first engage in the difficulty of learning Slavic languages. Their grammar, vocabulary, and phonetics are very different from what English speakers are accustomed to. Especially if you don’t have any idea about the Latin alphabet nor Cyrillic alphabets, it will be very hard at first.

But it’s not a hindrance for you to start learning right now. Don’t know which language to choose? Ling is your one-stop app for learning Bosnian, Croatian, or Serbian.

Ready To Learn Bosnia And Herzegovina Languages? Start With Ling!

If you’re planning to visit Bosnia and Herzegovina, you’ll have to make sure you purchase your ulaznica (ticket) ahead of the train schedule. There are plenty of Bosnian words about transportation that you’ll regularly use throughout your travel.

The great thing about learning languages through an app is you can take it wherever you go. Ling has all three main languages of Bosnia and Herzegovina, which will help you choose which one suits your taste.

What’s even better in learning Bosnian, Croatian, or Serbian with Ling is that native speakers verify it. You won’t have to worry if you’re going to

So, if you’re looking for a beginner-friendly app that teaches you the right pronunciation and helps you focus, Ling App is your best option.

Find yourself immersed in 60+ languages with the Ling App. 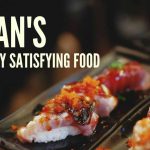 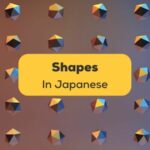 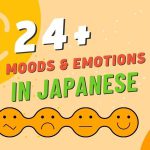 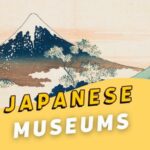 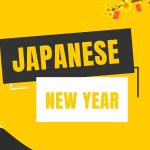 #1 Best Way To Greet A Happy New Year In Japanese 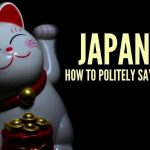 6 Easy Ways To Say Yes And No In Japanese