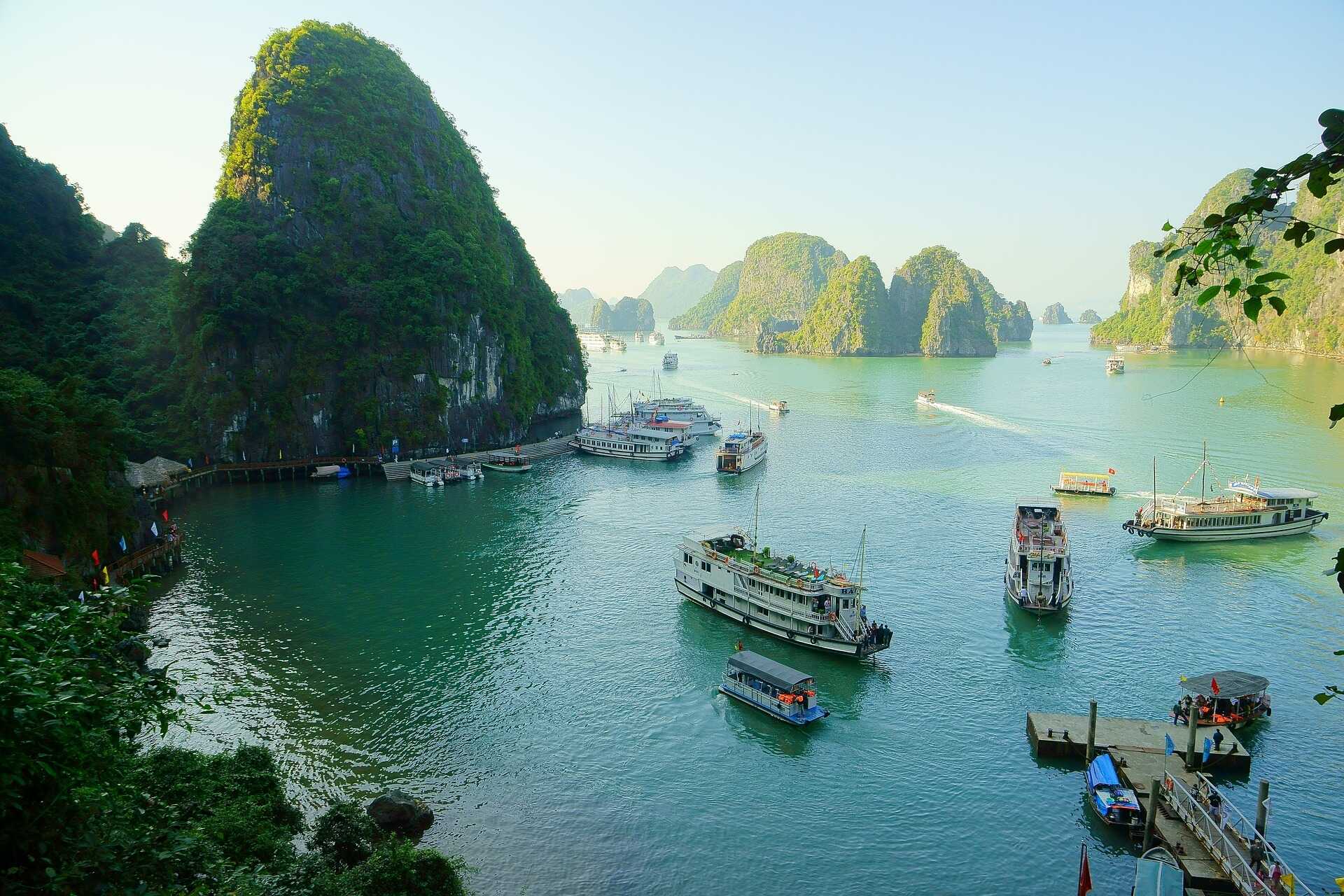 Vietnam is such a great country. It is no wonder that we talk about it so frequently. While not quite as popular as nearby Thailand yet, it is growing to be a popular tourist destination for people interested in the traditional food, landscape and culture. Much of the country's culture is shaped by its geography, which is very much defined by its long, thin shape. It stretches up north and reaches down south, resulting in differing climates and weather patterns. Vietnam is truly a country that has everything.

One way to split up Vietnam is into three distinct regions: Northern, Central, and Southern Vietnam. Each of these regions have different cultures and dialects that make them each unique. Vietnamese cuisine also varies from region to region. Here is quick look at the defining features and differences between the regions of Vietnam.

Northern Vietnam encompasses some of the oldest cities in the country. Many popular tourist spots can also be found, including Hạ Long and Sa Pa. Hanoi (Hà Nội), the capital city of Vietnam is also located in the northern region. Because of this, the culture of the North tends be a little less laid back than elsewhere, much more so in the capital.

For cuisine, the North tend to favor more peppery, savory flavors. Perhaps the most famous meal synonymous with the North would be Bún Chả. Bánh cuốn and Phở are also from here. It is quite clear that Northern cuisine is heavily influenced by neighboring China. However, the flavorings make it unique to the country. Tea is popular in the North, though you can still find plenty of coffee.

For weather, the north of Vietnam enjoys 4 seasons: spring, summer, fall and winter. There is generally a wet season that lasts from May to September. Downpours during this time can be substantial so be careful if you are around. In the winter time, things can get quite cold especially when compared to elsewhere in Southeast Asia. Otherwise, it remains quite warm.

Central Vietnam covers a large area in the center of the country. However, it is in the center that the country become quite thin. As such, Central Vietnam is home to the narrowest point of the country. At its thinnest, the country is just 50 km across. The landscape in this region is dominated primarily by the Annamite Mountain range (Dãy Trường Sơn), pushing all the major cities towards the flat coastal areas. Notable cities in this region include Đà Nẵng, the fifth largest city in Vietnam. Hoi An (Hội An) is another notable city that is popular with tourists. Without the large metropolises seen in the North and the South, the central area is more of an agricultural region and has a more traditional culture.

In one word, Central Vietnamese cuisine can be defined as spicy. The mountainous terrain is perfect for growing spices, leading to the strong tasting flavors of the region. Bún bò Huế encapsulates the flavors of the region rather well. Named after the city Hue (Huế), The dish is a mixture of strong flavors, most notably saltiness, sourness and spiciness.

Central Vietnam experiences rainy and dry seasons, though they begin from September time and end around March. Temperatures are highest at the middle of the year with things cooling down near December. Of course, a lot of this depends whether you are at a higher altitude or towards the sea.

The southern region is home to the largest city in the country: Ho Chi Minh City (Thành phố Hồ Chí Minh), also known as Saigon (Sài Gòn). The warmer temperatures has also led to the development of resort cities such as Mui Ne (Mũi Né) in the region. The island of Phu Quoc (Phú Quốc) is also located in the South. Generally, the culture is more laid back as one can imagine.

Southern Cuisine is characterized by sweeter flavors. Dishes also tend to be lighter, likely due to the heat. Phở in the South is served differently compared to the North. Southern Phở has a much sweeter flavor with more herbs garnishing the soup and extra sauces to add as you like. Dishes in the South, especially in Ho Chi Minh City, are very international so you can find many fusion meals. Due to this, you will find many unique dishes in the city that are worth trying. Coffee is a favorite in the South - especially with ice. It is cheaper too.

Being closer to the equator, temperatures remain rather constant throughout the year. This means that it is both hot and humid year-round. Unlike the North, the South has just 2 distinct seasons: rainy season and dry season. Again, the rainy season last from around May to September time so bring your umbrella.

Vietnam is a very unique country with a very unique shape. While aspects of its history have led to distinct differences in cultures throughout the country, the geography has likely had the biggest impact. To get the full experience of the country, you will need to visit each region and try the different foods that are available. There is a popular route you can take from the North to the South, if you know how to get around.

Wherever you decide to visit in Vietnam, make sure to arm yourself with the language so that you can truly experience what the country has to offer. Use Ling App to start learning Vietnamese today. 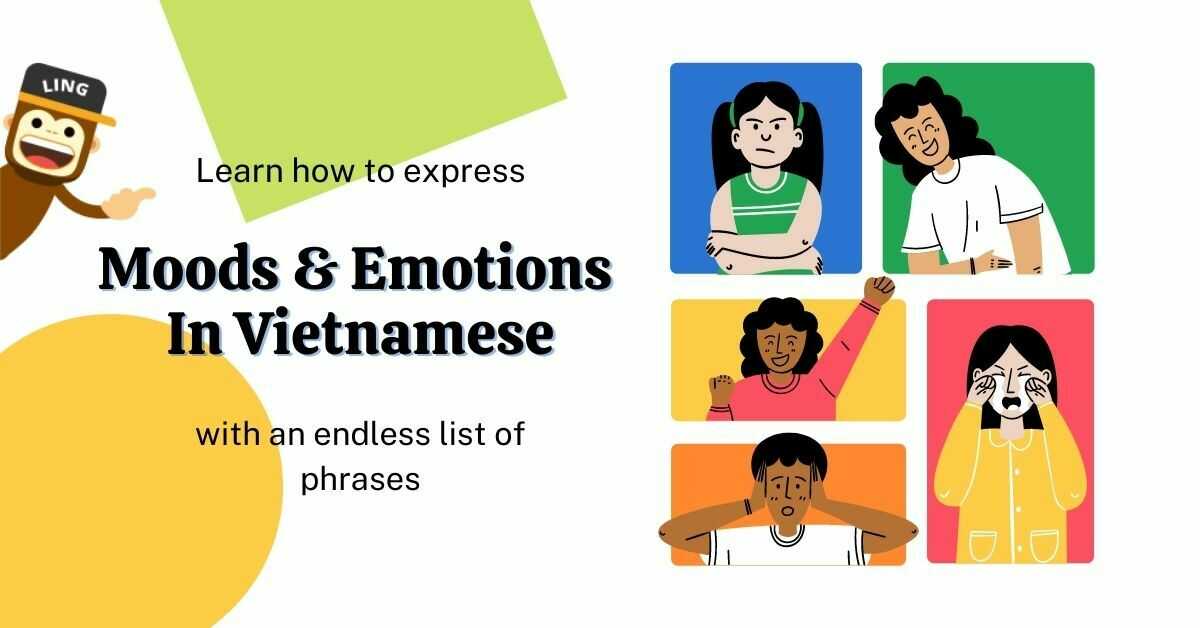