The Vietnamese language is spoken by almost 90 million people in Vietnam and some countries where Vietnamese people are living. It is a beautiful language with simple Vietnamese grammar, six tones, and a complicated pronoun system. Is it hard to learn Vietnamese? It might be a bit hard for English speakers but easy for some people who speak tonal languages.

After reading this article, you will have more insights into the Vietnamese language and be able to compare it with some other Asian languages. This can help you in learning Vietnamese or selecting what Asian language you should learn next.

Is Vietnamese Worth Learning?

If you have a plan to travel to Vietnam or stay in Vietnam for a couple of years, I highly recommend you learn Vietnamese because not many Vietnamese people can speak English in Vietnam compared to some other Asian countries like Thailand, India, or the Philippines.

Knowing some Vietnamese vocabulary or even speaking Vietnamese can make your life in Vietnam much easier and more interesting. For example, you can order Vietnamese food at small local restaurants as it is known that the food there is much more authentic and tastes better than at big and franchised ones.

Studying Vietnamese brings you a chance to learn Vietnamese history and what happened many years ago in Vietnam but was not written in any English documents. For example, how Vietnamese soldiers won the Vietnam War even when they didn’t have many modern weapons or food.

I am sure that learning the Vietnamese language will bring you many benefits, especially when you are in Vietnam, and it is definitely worth your time.

How Long Does It Take To Learn Vietnamese Fluently?

The Foreign Service Institue (FSI) in the United States put Vietnamese in their category 3 ‘hard languages’. They observed that it took their English-speaking students about 1,100 hours to master the language and to be able to use Vietnamese at work.

However, the research was done for English native speakers only. For the people of other languages such as Thai or Chinese, which are tonal languages, it might take fewer class hours to be fluent in the Vietnamese language.

Which Is Easier To Learn Chinese Or Vietnamese?

To English speakers, Vietnamese seems to be easier to learn than the Mandarin language. FSI put Mandarin in the category ‘super-hard languages’ that requires a native English speaker 2,200 hours to be fluent, while the Vietnamese just requires 1,100 hours. We are going to compare the two languages in the aspect of writing, pronunciation, and grammar.

In writing, Vietnamese is easier for an English speaker to learn because it has the alphabet while Mandarin is hieroglyphs. In addition, the Vietnamese alphabet is built from the Latin alphabet, which is easier to remember for learners from English-speaking countries.

Although Mandarin has only 4 tones while Vietnamese has 6, it is still easier to read Vietnamese because of its alphabet. However, the tones can be a challenge to pronounce Vietnamese words correctly.

In terms of grammar, Vietnamese grammar and Mandarin grammar are very similar and quite simpler than some languages like English, French, or German.

Is Vietnamese Harder Than Japanese?

Japanese doesn’t have tones so the pronunciation might be much easier for English speakers to speak Japanese than to speak Vietnamese. However, you need to get the pitch correctly when speaking Japanese to sound natural.

Japanese can be harder to read than Vietnamese because of its Kanji words. Kanji words are basically Chinese words and they are made of different characters but not the alphabet. There is no way to understand a Kanji word rather than remembering its meaning in English.

Is Thai Or Vietnamese Easier To Learn?

I would rate for Vietnamese to be easier for an English speaker to master than Thai. The Thai language is more difficult because of its Sanskrit writing system, writing rules, and pronunciation rules.

Vietnamese sentences have space and punctuations while Thai sentences do not. You need to master the Thai vowels to be able to separate the words in a long sentence that doesn’t have any space. Not just that, Thai has many consonants that represent the same sound but you have to remember which consonants are used for specific words.

Language learners may say that Thai is easier to speak than Vietnamese because it has fewer tones. Despite Thai has 5 tones while Vietnamese has 6, Thai pronunciation is still more complicated because it is defined by the level of consonants (high/middle/low consonants), the length of vowels (long/short vowels), and tone marks. Even with the same tone mark, two Thai words can be spoken in different tones. The tones in Vietnamese are simply ruled by the tone marks.

If you decide to learn Vietnamese, I am sure that you made the right decision. Kindly note that any language learning takes time and effort. You cannot be fluent in Vietnamese after one month but you can master the language in less than one year if you spend at least an hour per day learning it.

If you are in Vietnam now, take as much time as possible to practice Vietnamese with local people or make friends with some Vietnamese.

Check out these five tips to learn Vietnamese fast and practice Vietnamese with the Ling app every day to help you remember the vocabulary, grammar, correct your speaking and reading skills. 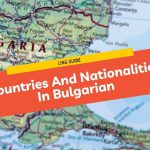 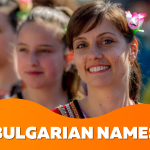 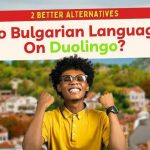