Top #10 Incredibly Weird Laws From Around The World 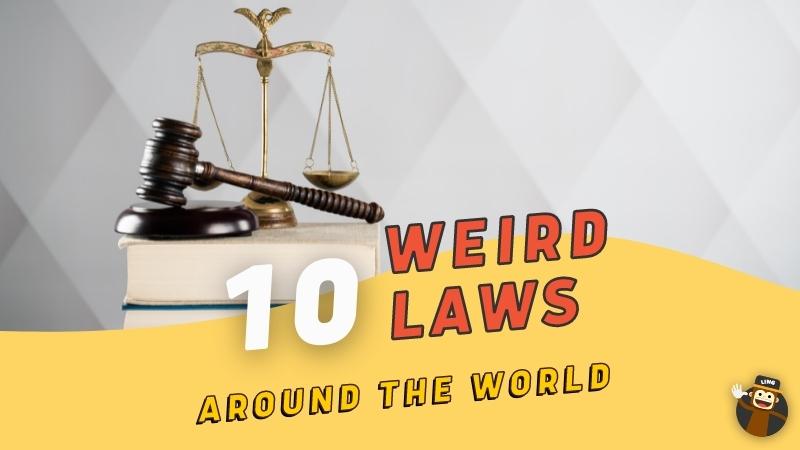 You shouldn’t only worry about the destination on your list; the local laws should also be a significant consideration. This blog is exceptional because it will expose you to various weird laws from around the world!

Do you wish to pack up your life and go across the globe? It’s no pleasure to go on a global tour just to spend all your money on legal fees or a jail sentence. Knowing the customs and rules of the place you’re visiting will make your vacation more enjoyable, help you leave with positive memories, and lessen the likelihood of unpleasant experiences. Let’s look at the 10 weird rules that exist worldwide to ensure a pleasant trip and some new perspectives.

1. It’s A Criminal To Tread On Thai Cash

The Thai King is represented on all banknotes and coins, so you should handle them respectfully. Moreover, never throw money at someone in anger or try to stop it from falling to the ground by stepping on it. Any Thai person who observes either of these acts would undoubtedly feel offended.

For Thais, the foot is the lowest part of the body; hence they are careful not to step on or above anything, especially books, which represent knowledge, images of the King, and Buddha. Therefore, if you damage any of these items in Thailand, you should expect to be blamed by the locals.

2. Do Not Insult In Kenya

Are you studying Swahili and want to yell? You should practice in your home country, but not in Kenya. Do you want to shout in Swahili? Maybe in your native nation, but not in Kenya. The Penal Code criminalizes threatening, abusive, or humiliating statements, offensive acts, or disruption of peace. If convicted, the penalty is an Sh5,000 fine, six months in jail, or both.

3. Germany Prohibits Running Out Of Gas

The place where it’s prohibited to do so is the Autobahn (highway).

It’s forbidden to stop on the Autobahn in Germany because your gas tank ran dry, which is an avoidable situation. The most important reason for this is that if your car runs out of gas while you’re driving, you might not be able to pull over to the side of the road safely. This is due to human mistakes and can be easily avoided. Many modern automobiles provide a warning signal at a minimum of 50 kilometers before running out of gas. To solve this problem quickly, just take the next available exit and fuel up the automobile. So the driver who let the gas run out will be seen as ignorant.

French public pools enforce tight regulations on what visitors can wear, mentioning sanitation concerns. These include the mandatory use of caps and the prohibition of loose-fitting swimwear. Many swimming facilities also forbid the use of wetsuits.

Among the many strange laws that must be obeyed in Thailand, the prohibition against leaving the house without one’s underwear is among the most hilarious. Make sure you bring extra underwear for your vacation to avoid embarrassing questions from friends and family back at home about what happened. The only remaining mystery is how this regulation is enforced.

In India, Men in Kerala can be jailed for impregnating their own wives. Worst case, they might be labeled “legally banned.” The Law Reforms Commission of Kerala urges a Rs 10,000 fine and suspension of free education and health care for anybody having a third child. Similar policies, such as the “one-child policy,” are in place in China.

No matter how hot it is, it’s against the law in Thailand for a driver to be without a shirt. So despite the warm climate, it’s not a good idea to hit the road in Thailand shirtless. If police see you driving a car or motorbike without a top on, you can get a ticket.

8. Polygamy Is Permitted In Africa.

Polygamy is most common in Africa, where many have spouses. Burkina Faso, Mali, and Nigeria are some West and Central African nations where polygamy is widely practiced.

Have you heard the one about the foreigner who gets deported from Sri Lanka because she wears a Buddha tattoo on her arm? Because Buddhism is fundamental to Sri Lankan culture, the government takes any suggestion of disrespect for the religion very seriously. This is especially true when a foreigner is seen wearing a tattoo depicting an icon of Sri Lankan culture.

10. Codeine Is Illegal In Japan

Japan has strict regulations on selling prescription medicines, such as several inhalers and allergy and sinus relief medicines. In particular, stimulant and Codeine products that contain more substance than is allowed are banned.

After Reading 10 Weird Laws From Around The World, Which One Is The Weirdest?

Some of these regulations may be common in other countries, while people in other countries may think they’re absolutely ridiculous. If you want to make a good impression on the locals, remember to act like a local yourself when you’re there. One way to avoid a prison sentence or a hefty fine is to educate yourself about the country’s spoken language.

Interested in learning more than two languages? Learning a new language has never been more fun or convenient than with Ling’s comprehensive collection of resources. Let’s improve vocabulary quickly by using the most entertaining tools, like mini-games, puzzles, and a great chatbot.

Download the Ling App from Google Play Store or App Store now, and prepare to be fluent in any language soon! 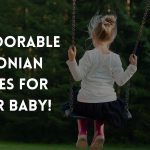 60+ Adorable Estonian Names For Your Baby! 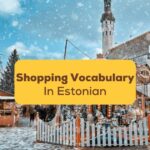 30+ Phrases To Improve Your Essential Shopping Vocabulary In Estonian 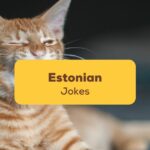 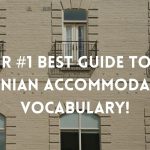 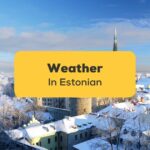 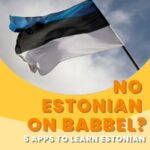