Albanian art is a fascinating topic, and today we’re going to explore more about it. I prefer not to describe art as just painting; instead, it consists of numerous disciplines. It doesn’t matter what you like as long as you consume something. As the sculptor, Wyllie, said, ‘art is like soup. There will be some vegetables you don’t like, but as long as you get some soup down you, it doesn’t matter.’

Well, we feel the same way here at Ling. Our lessons are like vegetables. It doesn’t matter what order you eat them as long as you get some content into you. The fact that you are having at least a little bit of serving something is already enough. Contrary to common belief, you do not have to overwhelm yourself with all the language lessons! A slow but consistent exposure to your target language is the best way to go.

The first thing to say about Albanian art is that in Albanian, it’s pronounced ‘arti shqiptar.’ Albanian art is separated into different periods because, at various times, the country has been conquered by the Illyrians, Greeks, Romans, Byzantines, Venetians, and Ottomans. Although art has undoubtedly existed for many eons in Albania, the earliest works are mosaics in Durres from 400BC.

Based on historical records, Albanian art peaked during the medieval period when the Byzantines ruled the country. You can still see Byzantine churches in Albania that will take your breath away. They were famous for frescoes, murals, and icons painted in vivid colors.

The story of Albanian paintings and their painters is a tale of migration and escape. Because the country has been conquered so many times, famous artists have been forced to flee, including painter Marco Basaiti who lived from 1470-1530. He left Albania and made his name in Venice, another hub of medieval art. His work mainly focused on religious portraits. His style is described both as Quattrocento and Cinquecento. Quattrocento is known for shaking off the conventions of Byzantine art, which, as noted above, was famous for murals and frescoes. The Cinquecento followed the Quattrocento style and was a significant departure and led directly into the high Renaissance, which saw artists like Da Vinci come to the fore.

Mosaics have been widespread in Albania for 1000s of years. They were beautiful and functional because they covered the floors of palaces, tombs, and wealthy private houses.

The Beauty of Durrës is a fantastic example of an early Albanian mosaic.

Although the Renaissance took place in Italy in the 15th and 16th centuries, the Renaissance in Albania didn’t come around until the 19th century. Political conditions were favorable in the latter part of the century, which saw a swelling of Albanian creativity.

This was a time of impressionism and realism, and painters like Kolë Idromeno became famous. Idronemo was a multi-talented artist who professed in painting, sculpting architecture, engineering, cinematography, composing, and photography. Like his predecessor Basaiti he was also trained in Venice at the accademia di belle arti di Venezia.

His paintings often depicted the social aspects of Albanian life. There is an element of realism to his work that hadn’t been seen earlier.

Undeniably the most significant change in Albania was the introduction of Communism. One of the central tenets of communist doctrine is that art is propaganda. Particularly disliked by communist leaders are religious paintings. As the founder of Communism, Karl Marx, said, ‘religion is the opium of the masses.’

Art was heavily censored, and artists could not criticize the ruling party. The average working man became idolized and portrayed as being superhuman.

Another type of artwork these painters focused on was the Albanian mountains or the so-called accursed mountains. They’ve inspired modern artists from the eighteenth, nineteenth, and twentieth centuries. A noted lover of rural Albania was Lord Byron.

Socialist realism has cast a long shadow over the Albanian art scene. Many people still say that Albanian art is socially realist in nature. There are some great galleries in the country, including the National Arts Gallery and The National History Museum.

There are also art festivals, including the Tirana Biennale that began in 2001. It has gone a long way to showcasing well-known artists’ work.

Now that you know a little about Albanian art, why don’t you think about learning Albanian with Ling? The course is excellent for experienced speakers and beginners alike.

One thing to note about Ling is that you can begin your lessons wherever you want. If you have experience, then you can skip straight to advanced classes like space-related vocabulary or start at the very beginning with family members. For me personally, I love reading, and there’s nothing like reading a passage of your favorite writer in that language. Whenever you read a translation, something is always lost.

Another thing to consider is the leaderboard which keeps you accountable because you get a sense of how much other learners are studying.

And last but not least, don’t forget our blog that is updated weekly. Our last two have been about the Albanian government and Albanian ethnic groups. So, what are you waiting for? Do not miss out on these epic articles today! 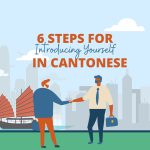 6 Steps For Introducing Yourself In Cantonese 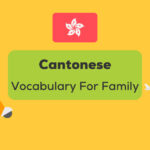 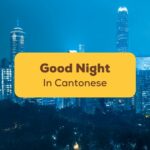 Good Night In Cantonese: The 6 Easy Ways You Should Use 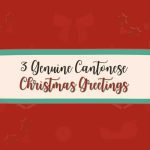 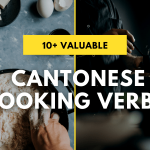